NetMarble’s Lineage 2: Revolution originally launched in Asia back in 2016 and only recently made its way to the West in November, 2017. Some users pointed out that the Western version of the game that’s available in North America and Europe, has been heavily censored… or rather, the female characters have been heavily censored.

Censored Gaming recently did a report that was based on a Reddit thread made back in November, where a user pointed out that the censorship changes turned them off from playing Lineage 2: Revolution.

As showcased in the video below, the changes are quite significant to the female armor.

Much like other threads posted on Reddit that isn’t Kotaku in Action, the news about censorship received mixed reactions with a large majority of the users advocating for censorship, and downvoting the thread.

Some users, however, were not fazed by the political correctness exhibited by their fellow sub-Reddit brethren, and voiced disdain for the changes, especially how some of the females had their entire lower half covered, like in the image below. In the one example, you can see that the loli has her thighs covered in the Western version, as opposed to wearing the two piece bikini armor in the South Korean version. They put a black texture over her legs to give the impression that she’s wearing pants instead of wearing the bikini. 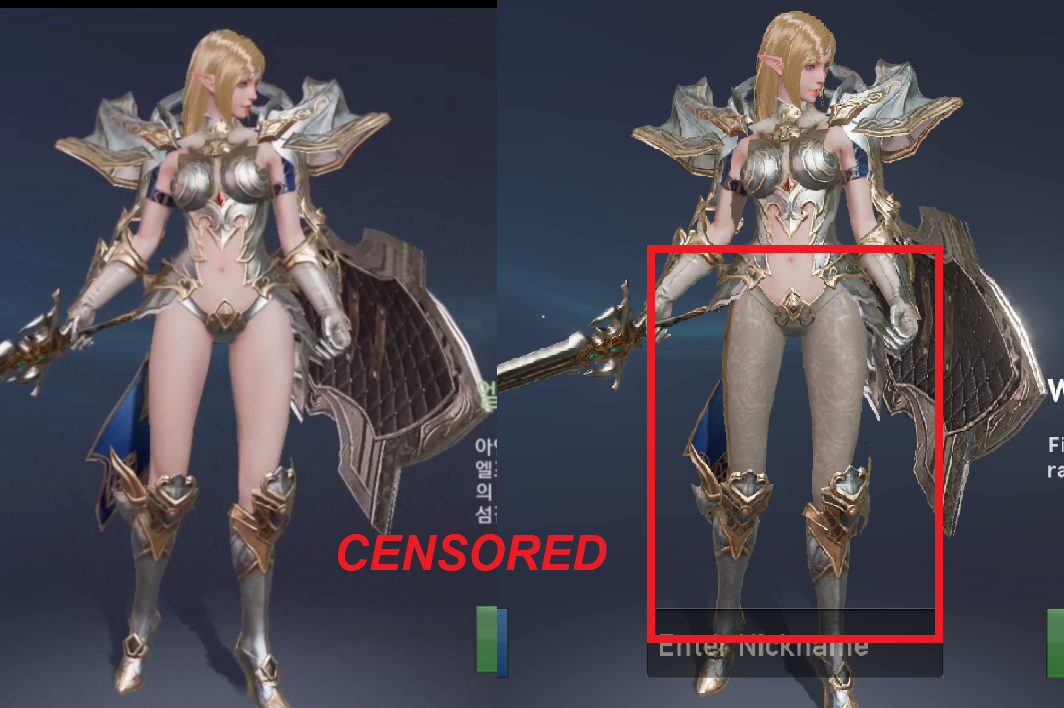 As you can see, they put the elf on some pants instead of wearing bikini armor.

For the Swordsinger you can see that some other changes were made as well… rather significant changes, including adding an entire bodysuit to cover her midriff, and the complete replacement of her bikini armor with connecting shorts. The only thing that stayed the same was the breastplate, gauntlets, arm sleeves, and pauldrons. 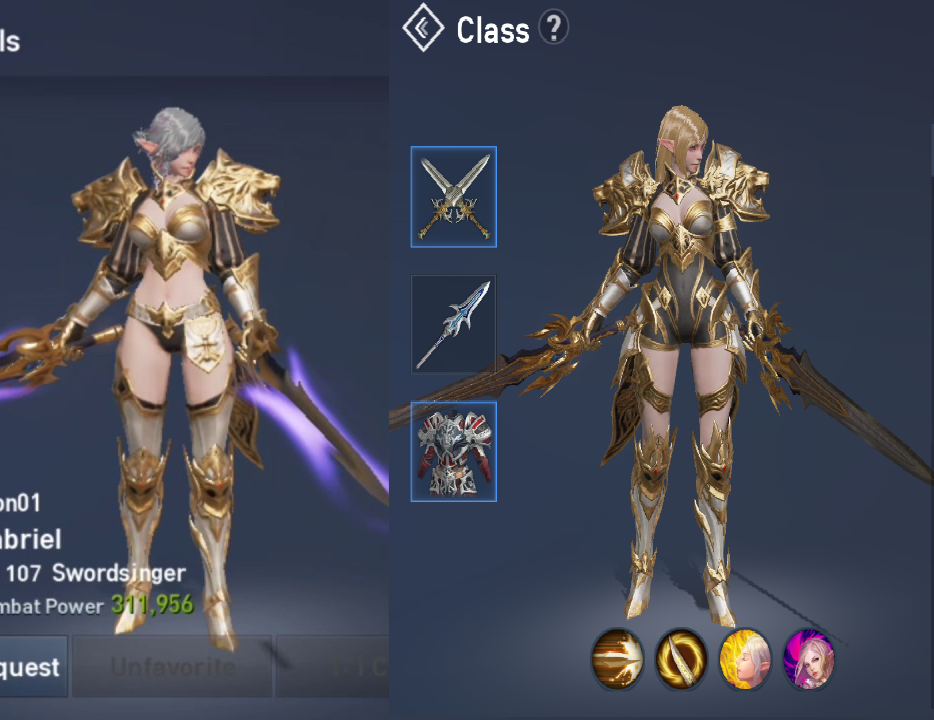 So much of the outfit changed that one would almost think that it’s a completely different outfit, if not for the fact that the entire upper armor above the waist stayed exactly the same.

The censorship changes are similar to the likes of King’s Raid, another game that was also heavily censored. However, the fan community for King’s Raid complained so much that the developers rescinded the censorship.

We’ve seen this happen a lot in recent times with games, though, and the developers did not listen to the community complaints about censorship but instead doubled down,  like Hyper Universe being censored going from Korea to the West, along with Granblue Fantasy, Dragon Heroes, and Seven Knights, to name but a few.

Some of the more moderate gamers lamented the lack of a toggle switch, something that anti-SJW gamers have been advocating for quite vociferously. Unfortunately, there is no toggle that allows Westerners to play the game using the original South Korean designs for the female characters.

Some gamers suggested to download the international version of Lineage 2: Revolution, which contains the original female designs, from the QooApp’s page.

Alternatively, you can voice your concerns to Netmarble by contacting them through their official Facebook page to politely ask them about possibly implementing a toggle switch to turn off the censorship.