What’s so special about the newest update? Well, there’s a translation tool that Team Nekojishi released to help their customers translate the dialogue in the visual novel so they can better understand what kind of communication is happening between the player-character and the NPCs.

You can download the translation tool from over on Dropbox.com.

The news was posted recently from the developers in a Steam community post, indicating that the translation tool is available for use with Nekojishi version 1.02.

This means that all the hardcore action that you were previously missing out on can now be properly experienced in all its translated glory… just like the scene below.

If you’re into buff dragonkin, all-knowing, towel-wearing tigermen, soy-cat boys who like getting pitched to, and brooding hipsters, then Nekojishi is right up your alley. Essentially, it’s everything that’s the complete opposite of all the macho movies from the 1980s and 1990s.

You’ll attempt to navigate through a world where you can date furry beast-men. If you aren’t prepared, then keep the bleach for your eyes ready. 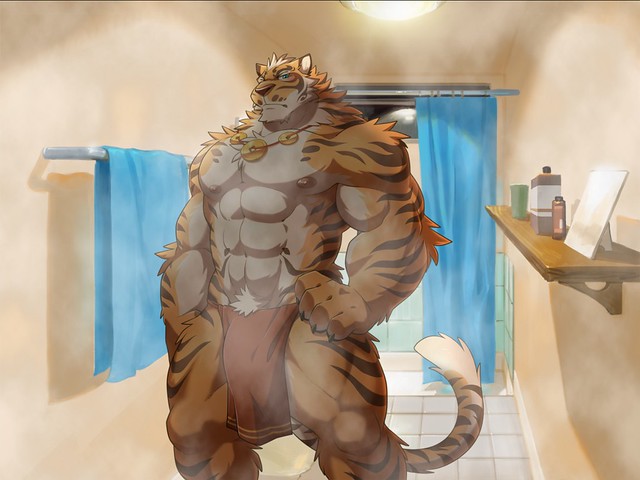 The latest 1.02 update features a couple of new QOL options, such as the mute function, the scroll bar bug being fixed, and some new user interface buttons for the sound effect volume. They also released the original soundtrack for availability as a separate purchase for $8.99.

For now you can pick up a digital copy of Nekojishi right now, along with the new translation tool from the Steam store for… free. If you already own a copy of the game, the 1.02 update is not compatible with old saved games, and you will have to start anew.