Some gamers have been putting in time and energy into Honey Parade Games’ Shinobi Master: Senran Kagura: New Link for iOS and Android, and they discovered something that seemed inconsistent with the rest of the Senran Kagura series, especially coming off the recently release of Peach Beach Splash for the PS4 and PS Vita: the boobs on some of the girls have shrunk and the outfits aren’t quite as risque.

A reader of One of Angry Gamer was playing the Japanese release of Shinobi Master Senran Kagura: New Link when he discovered the issue. He mentioned via e-mail…

“The most immediately recognizable change is that characters have had their breast sizes reduced across the board. In addition, many of the characters’ signature swimsuits have been modified in order to be less revealing, one of which was removed and replaced with another swimsuit entirely.”

This wasn’t just an opinion. He included comparison shots between Peach Beach Splash and New Link. The examples in some cases are quite obvious, with Peach Beach Splash‘s revealing and large breasted characters on the left and New Link’s reduced boobs and more covered attire being on the right. 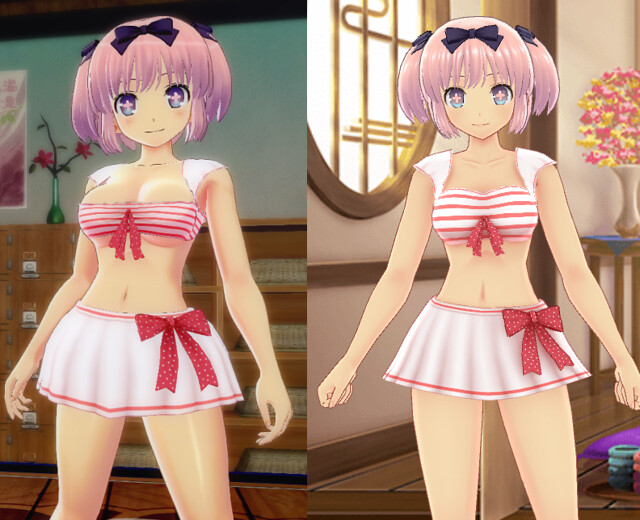 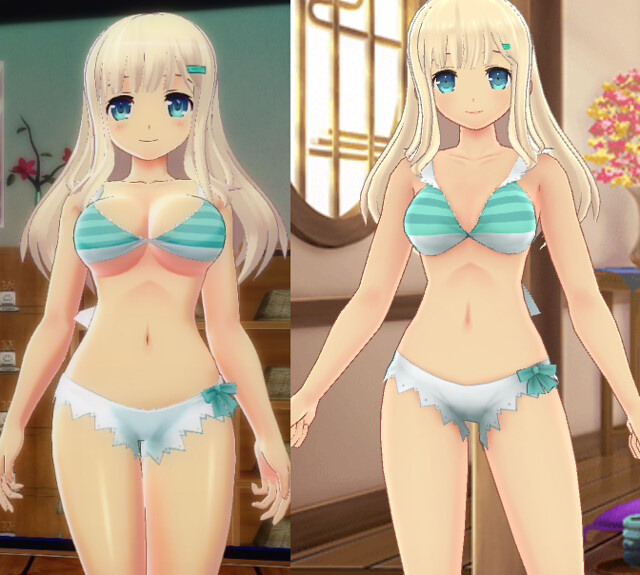 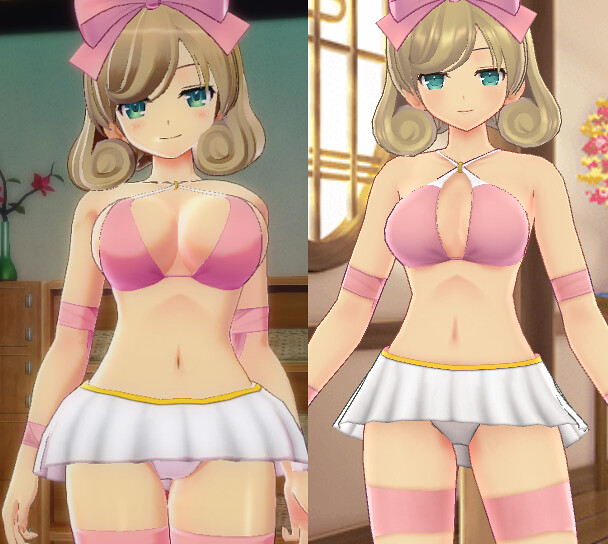 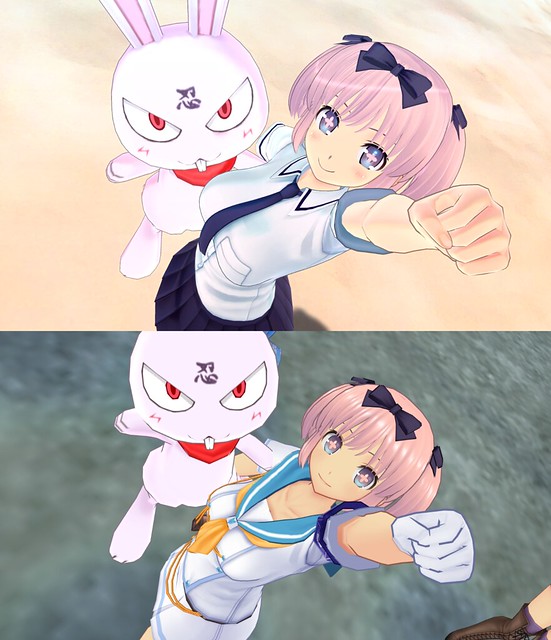 Now what really set off the alarm bells was that the game released in Japan for Japanese gamers. This only available in Japan for now.

So the coverage and breast reduction isn’t to appease a foreign audience.

Even more than that is the fact that some of the characters have had their outfits completely altered, as you can see in the image below, where on the left hand side the Peach Beach Splash game featured some rather risque swimwear, where-as the right hand side shows a more conservative approach to the attire. 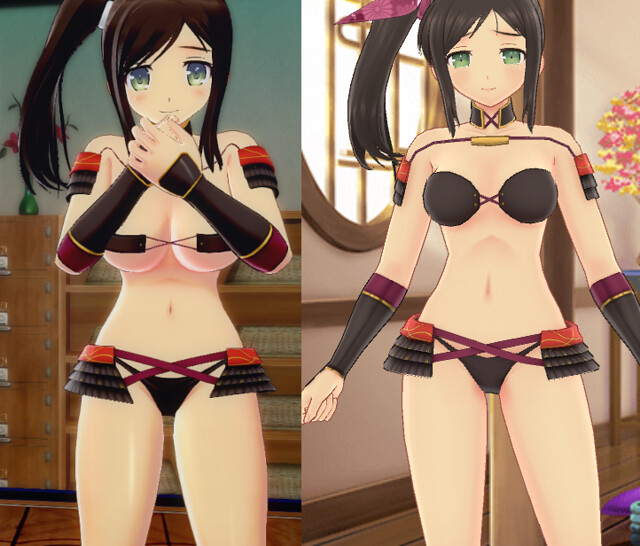 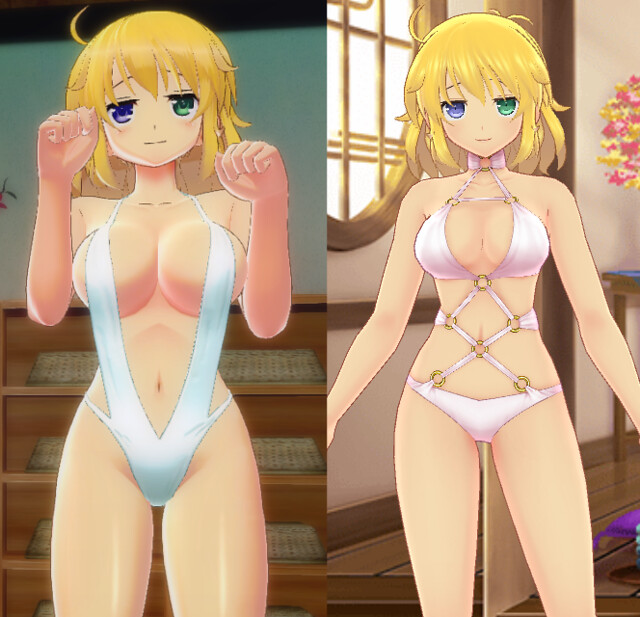 As you can see, the one-piece slingshot bikini was replaced with a two-piece and a much smaller bust size. In the other case we see that the samurai-themed bikini has largely stayed the same, except for the fact that the top piece is now a cupped bikini instead of just two little straps covering the nipples.

Now these images aren’t altered or modified in any way. As you can see in the launch trailer for Shinobi Master Senran Kagura: New Link below, courtesy of Blazzer Sora, the character outfits in the mobile version of the game are the same as they appear in the comparison images on the right.

And yes, the bust size for the characters really is reduced in the actual game, as you can see in the unedited footage captured by Gaming Phalanx.

While some gamers are worried that SJWs may have finally affected Senran Kagura after years of complaints, the other possibility is that the developer Honey Parade Games simply didn’t keep the proportions and measurements of the girls in continuity with Tamsoft’s original designs.

The models that Honey Parade Games are using is slightly thinner than Tamsoft’s, with less curvature around the thighs and lower hips, while also shrinking the bust size. For whatever reason they also decided to cover up some of the girls’ swimsuits. It could also be due to app store restrictions, which also affected games like Dragon Heroes.

However, bust sizes and character proportions is the least of Honey Parade Games’ worries. As reported by Game Appers, the developers have been unable to stabilize the app for consistent use. Ever since release it’s been going down frequently in lieu of requiring constant server maintenance.

I did reach out to Honey Parade Games about the changes to the design(s) of the characters, and if they respond I’ll be sure to update the article.