SOMA, as you may know, is a two year old PC game from Frictional Games, the makers of the classic Amnesia survival horror slash walking simulator games which arguably kicked off a whole craze for slower paced, less action focused games. The Amnesia games were well known for creating an exceptionally atmospheric experience and whilst SOMA offers a drastic change in setting and theme, it certainly delivers on that same goal.

Unlike Frictional Games previous outings that focused on creepy mansions of the past, SOMA is set partly in the present and partly somewhere else – possibly in the future. Players take on the role of Simon Jarrett, a man with serious mental trauma which is made obvious from the start. Enticed to save his life by undertaking pioneering surgery, Simon finds himself thrown into a strange and unexpected underwater world that is not dissimilar to a more industrialised Bioshock style setting. 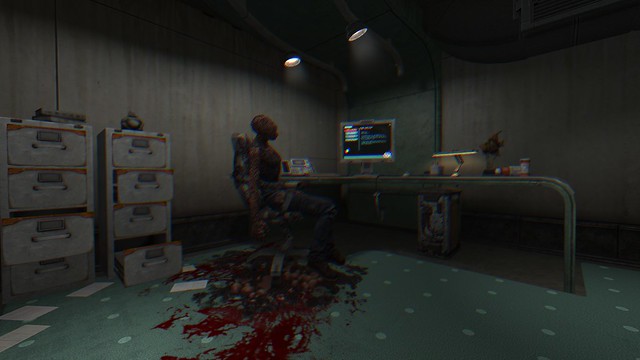 From this point, SOMA throws players straight into the deep end with a verisimilitude of handle spinning, item slotting, terminal hacking puzzles that slow Simon’s pace through the ever more expansive facility. There’s clearly something (or someone) else down there with him and among the unread emails, audiologs and other (surprisingly varied) methods that the game uses to get its message across, Simon learns that the human occupants of the facility are under threat.

I’m not going to give away any spoilers here, but trust me, I’ve barely scratched the surface of what’s going on in SOMA and almost certainly, it is delving into this eight or nine hour story that makes the game enjoyable. SOMA has scares and a few videogame nasties to avoid, but rather than horror, it actually plays out in a similar way to an incredibly chilling sci-fi movie. You will run and hide often, but much of what makes SOMA scary is unseen, or inferred. 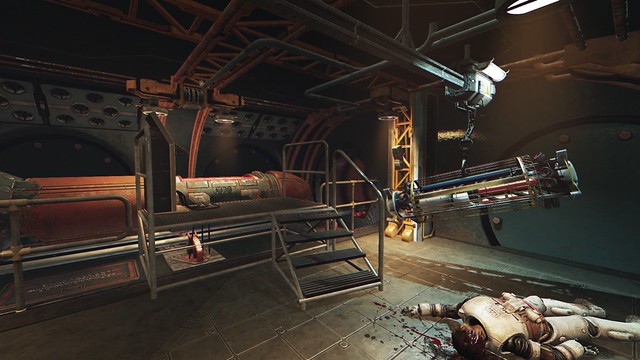 There is no combat, which makes SOMA feel like something between Outlast and Alien: Isolation – it is certainly harder to avoid enemies in SOMA than it is in Alien, but at the same time, it’s a bit harder and more scary than Outlast on average. There is a safe mode that allows players to experience the game story without the fear of death and whilst I completed it without any real trouble from the enemies, I would say that sneaking and creeping through the game in the latter half is probably a little overdone.

The game unfortunately is showing its age now in terms of visuals and even the Xbox One X (which doesn’t appear to receive an enhanced version) looks fairly crummy. The world is fairly ugly overall, but there is a grimy uniqueness to the visuals that does a very convincing job of immersing the player into the atmosphere, so it does just about get away with it. This is probably helped quite a bit by excellent sound design, which features robotic clanks and mechanical chittering to heighten the tension and a very eclectic mix of voice acting to indicate friendly and unfriendly inhabitants of the world.

Navigating the world of SOMA could be a bit of a slog if it were not for some excellent level design, which tends to keep things interesting as Simon plods through his ever more philosophical journey.  From leaping through windows at the beginning of the game to walking the sea bed or being involved in a shuttle crash, SOMA does keep you guessing. Every nook and cranny will need to be explored and hardly any real estate is wasted or retread, which is a real achievement. 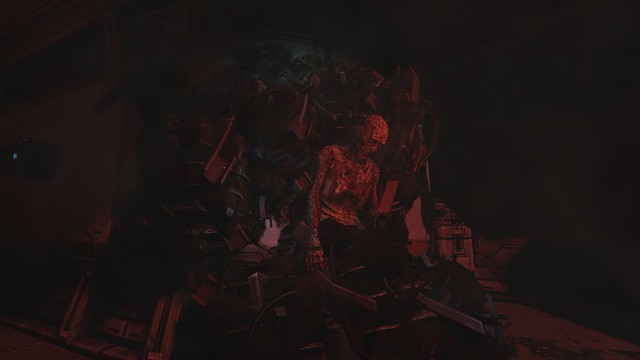 When you finally reach the pinnacle of the excellent story, you won’t be disappointed either, which was a big sigh of relief for me, because SOMA certainly tees itself up as a game that is not afraid to be demanding of the player. Again, I won’t spoil it, but I don’t think I saw the ending coming and I doubt many other people will, even though the game does offer up some more straightforward moments of realisation throughout.

SOMA is a worthwhile port to the Xbox One, although it is by no means perfect. Fans of Outlast, Alien and other similar games will certainly enjoy it, but it’s also less occult or horror and more sci-fi than either of those games, which might just give it some broader appeal because of the inclusion of the safe mode. Wherever you stand on those games, SOMA is good enough that you should: