In preparation for the Season 3 roll out of content for Street Fighter V: Arcade Edition starting in January next year, Capcom released some gameplay footage featuring Sagat and Blanka, two of the many characters that will be available during the upcoming season.

The seven minute trailer originally aired during the last of the PlayStation Experience, but it was likely overlooked due to all the hype for other games that were receiving media and details, or the fact that Capcom also revealed all the Season 3 character DLC, which included the revelation that a grown-up Sakura is making a return.

You can check out the video below courtesy of MKIceandFire.

The trailer starts with a cinematic featuring Ryu meditating, and then Akuma comes out and beats the crap out of Ryu. It proceeds to go through each of the characters on the roster, featuring the standard roster along with the upcoming roster, such as Cody and Sagat, who ends up getting soundly beaten by Ryu.

Sagat is no longer wearing his tournament Muay Thai kickboxing shorts like in previous games. This time around he’s wearing hand and feet wraps, along with some old tattered boxing sweats. He has a more natural and grounded look, as if he’s been off in the woods training. 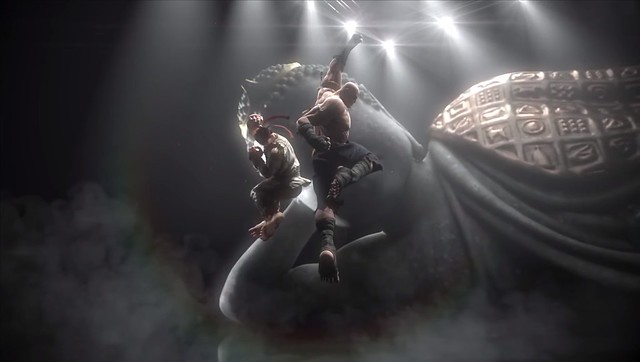 Cody, on the other hand, looks like quite the gentlemen.

He’s still rocking the chains and cuffs, but he’s now all dressed up with slicked back hair and a clean-shaven face. Looks like he’s ready to smash a lot of pie and break a lot of hearts.

Funnily enough, people are so enthralled with Cody’s new look, they’ve been asking Capcom for a new Final Fight on social media.

Anyway, all the previously released and upcoming DLC will be available in the Street Fighter V: Arcade Edition, which will launch on January 16th, 2018 for PC and PS4.