My Arcade announced that the Super Gamepad for the SNES Classic Edition has launched and is currently available for purchase from Amazon and from the online store located on the official My Arcade Website for $24.99.

The controller comes in two different formats, including the NTSC version themed after the light and dark purple motif that was available in North America, along with a yellow, blue, green and red design that was available for the Super Famicom in Japan. 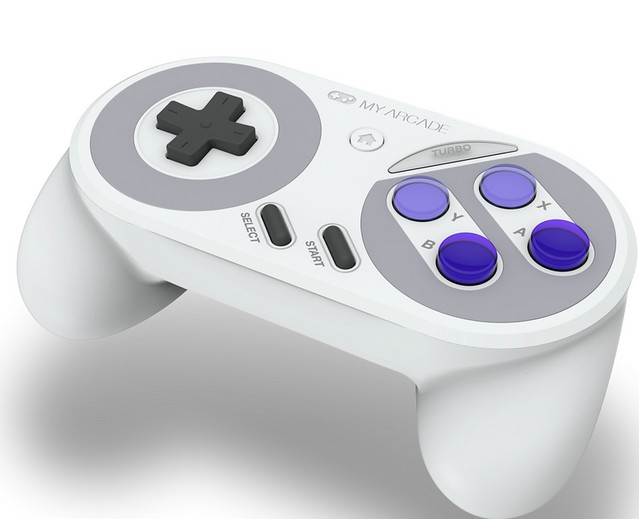 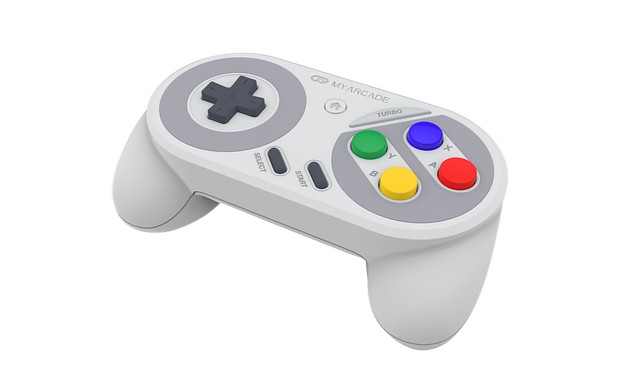 The controller comes with a basic four-direction pad on the left side, a start and select button in the middle, and four face buttons on the top front of the controller. There are also a few new buttons on the face that were not present for the original SNES design back in the 1990s, including a home button, and a turbo button.

When playing wirelessly, you’ll have up to 75 hours of usage out of the controller before it has to be charged. It runs on two AAA batteries that are not included. The wireless design allows for functionality at up to 25 feet of space between the controller and the system.

Alternatively, you can use a USB cable to plug it into the system and play it that way as well.

Crystal Dugan, My Arcade’s marketing manager, explained in the press release that it’s just like the classic controllers for the SNES, but with the added functionality of the home button and turbo button…

“We’ve even added an intuitive TURBO feature that is easy to program during play, and a convenient HOME button feature that allows you to switch games and access the main menu directly from your controller. Now you can enjoy the games you loved without the wires.”

The NTSC livery is the only version available right now, but the European and Japanese Super Famicom design will be available for purchase during the early part of 2018.