Plenty of gamers have been excited about the new Monster Hunter World from Capcom for PS4, PC and Xbox One. The PS4 and Xbox One version released already but the PC version is delayed until fall. For gamers interested in the hack-and-slash adventure title, there are some gameplay walkthrough guides available for Monster Hunter World.

The first video walkthrough is available from YouTuber SullyGaming. It covers the first couple of hours of Monster Hunter World on the PS4 Pro, so you get an idea of what the gameplay is like and how it visually handles on Sony’s system.

Once you start a new game you’ll have to wait for it to finish loading and then you’ll get watch a cinematic intro sequence.

You’ll then get to create your own character.

You can either pick from a “diverse” selection of preset characters, obviously themed after different cultures, or you can modify your character the way you want using the customization sliders for your character’s: 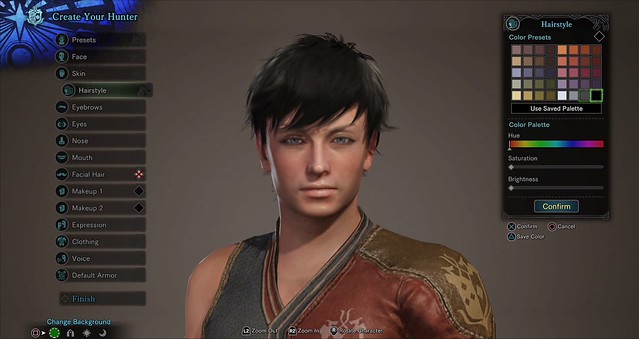 Once you get done making your character, you can then create and customize your very own Palico. You can choose from the following options: 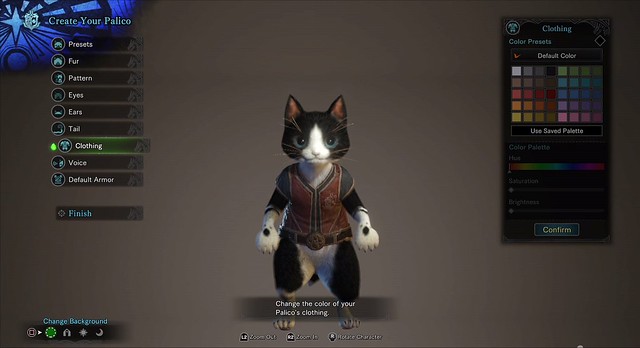 Eventually you’ll be knocked off the ship during a cinematic, and you’ll get a brief tutorial on running and climbing things using the left analog.

You can dash by pressing in the left analog or by hold the right bumper.

Follow The Handler up the back of the giant monster until the next cinematic sequence plays. 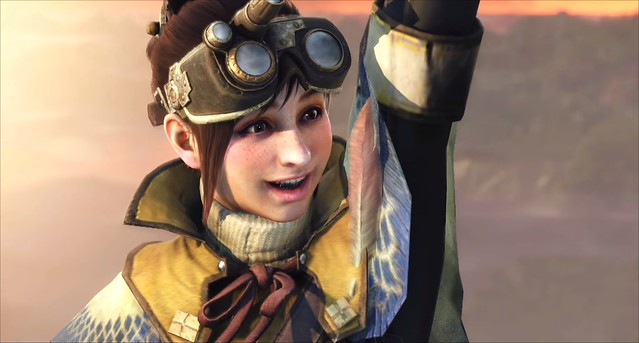 Continue to follow the Handler and make your way to the Research Commission’s HQ.

You won’t have a weapon, so for this section of the game you basically just have to follow the pathway until you reach the HQ.

The very annoying Handler will takl you through the tutorial and some of the basic GUI and HUD features to help you navigate the map.

Since you don’t have a weapon you’ll have to avoid fights and hide like a coward, similar to SJWs on Twitter.

Follow the Handler until you encounter the other hunter and make your way into the HQ’s gate to finish up that segment of the lengthy tutorial.

You’ll make your way into Astera, which is the home base of operations. 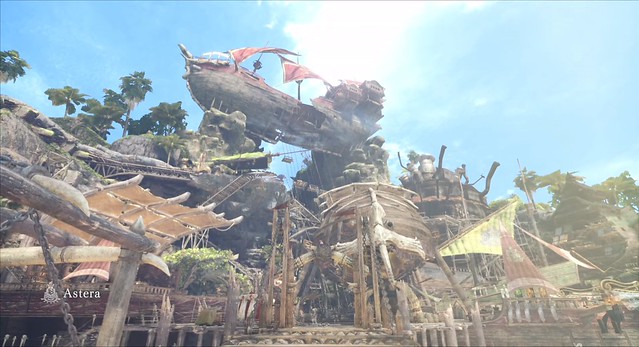 The Field Team Leader will give you a guided tour of Astera, showing you where a lot of the basic shops are located, as well as where you can craft your new weapons and armor and forge new equipment.

Even more cinematics play once you get done checking out the forge.

After even more cinematics play, you’ll finally be able to get a weapon after entering your living quarters.

Grab a weapon from the equipment box.

You’ll also have some additional chainmail items you can equip from the equipment box.

Once you get done, you can then head to the Canteen to get your first quest. You can also check out tutorial videos from the equipment box menu to see how each weapon performs or talk to the housekeeper in the left hand corner of the living quarters to head to the training area so you can test out your equipment and see which style of weapon best suits your play-style.

You might want to visit the provisions shop keeper before heading out on your first mission. Grab some potions for your HP, some jerky to heal your wounds and stop bleeding, some empty barrels, and some antidotes in case you run into some poisonous situations.

Head up to the Handler and grab your first quest: Jagras of the Ancient Forest

The quest requires you to kill seven Jagras. Once you equip your gear and assign items to the digital pad (which will surely help during combat), proceed into the jungle.

Much like older Monster Hunter games, you can collect herbs, items, and food from the environment.

Press Triangle on the DualShock to draw your weapon (or ‘Y’ on the Xbox controller). You can sheathe your weapon with the right bumper.

Once you finish the mission you’ll earn some gear and take on your second quest to cull some of the Kestodon herd numbers. 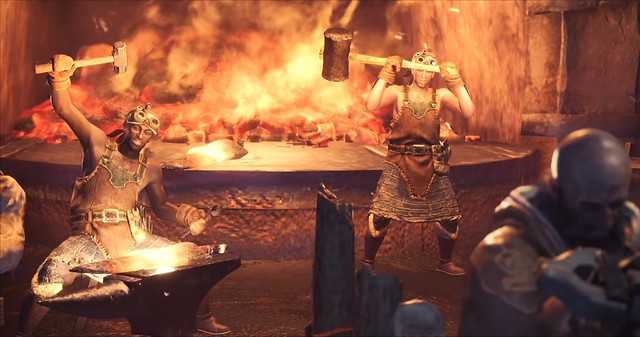 The monster materials and ore you’ve gathered from hunts can be used to make new armor and weapons, or upgrade your current gear.

To upgrade your weapons, select them from the item list when talking to the smithy.

Once you’re done upgrading and forging items at the smith, you’ll need to talk to the Handler again, who will inform you about quests that you can find from the quest board to find additional quests if you don’t want to have to keep talking the blabbering Handler.

You can also eat a meal to get some stat boosts during a hunt. You can choose from prepared meals or custom meals from the menu. 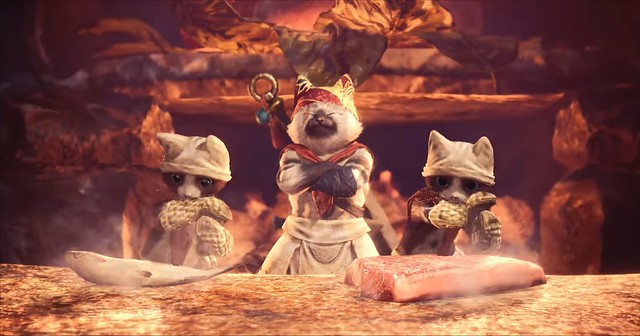 Once you’re ready to head into battle, you can begin the Kestodon quest, which will require you to kill 3 males and 5 females.

After you kill a few of the Kestodon in the first area, you’ll find a small herd of them down by the shore near the rock formations.

A secondary mission will come into play, where you’ll have to hunt the Great Jagras. Use the right analog button to track it into the deep forest through section 1.2. Follow the trail all the way to section 2.

After defeating the Jargras, be sure to cut up some of its juicy meat.

The next task is to help the resource managers get the jungle camp setup. 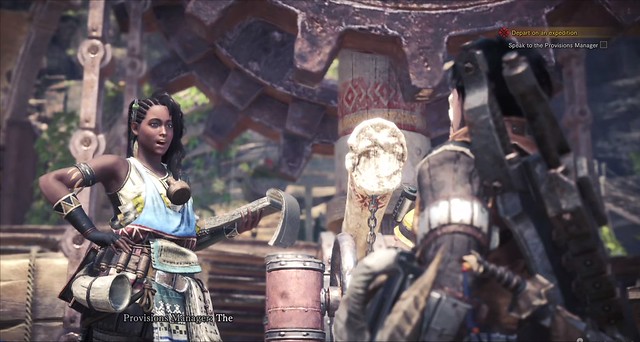 You’ll learn more about joining multiplayer games as well… assuming you’re into that sort of thing.

You can join expeditions with other players when a quest or expedition is open for more players. Story-related single-player quests cannot be played via multiplayer, only side-quests and optional quests, as well as specific hunts. You can also join multiplayer games for expeditions. Up to 16 players can join in on the fun.

Additionally, you can form your own quest parties by selecting a quest from the bounty board and clicking on “Post a New Quest”. You can choose how many players you want and even choose a password for your game, assuming you’re making a private game for your own private party.

In the Expedition mission you’ll need to hunt a Kulu-Ya-Ku.

If you follow the footprints you’ll be able to track down and kill a Kulu Ya-Ka.

Once you get done you can keep exploring or you can travel back to Astera to finish the mission.