Great news for those of you following the Oats Studios development regarding the crowdfund for the sci-fi horror flick, Firebase, it appears the other two popular movies from Oats Studios will also be crowdfunded if things work out for Firebase.

Neill Blomkamp used his own personal Twitter account to inform the media entertainment fandom that they have plans on bringing Zygote and Rakka to life via crowdfunding as a continuous stream of “unrestricted” sci-fi horror-fantasy.

If FIREBASE crowdfund works… expect Rakka feature and then Zygote, and hopefully a continuos stream of unrestricted sci-fi / horror /fantasy. Just have to get the engine started.

This is exceptional news… only if Firebase gets crowdfunded, however.

So when will the crowdfunding start? In February.

What platform will Oats Studios be using? We don’t know yet.

Many people are asking if it will be through Kickstarter or IndieGoGo or maybe even Fig. Heck, they could crowdfund through selling assets on Steam, which is sort of what they did last year by putting up the assets on the Steam store. 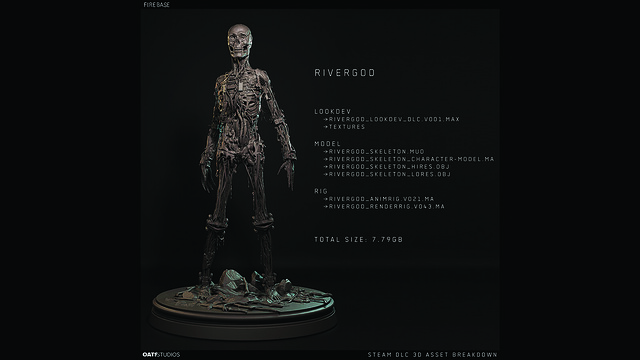 A lot of people really want to see Zygote get turned into a feature length film, so I imagine some people may crowdfund Firebase to get to Zygote. If you don’t remember what the short was about, it was basically The Thing meets Dead Space. You can check out the short below.

As a low budget, action-horror flick, I would definitely be willing to sit through a full length feature of Zygote.

Everything about the short was well timed, well acted, and well shot. The scenes of the monster making its way through those corridors with the only illumination being the red hazard lights and the sparks from the heavy assault rifle were spot on perfect. The lighting engineers did a fantastic job with the shader maps for the creature. All the lighting looks 1:1, and you would be hard pressed not to assume it was some kind of a practical puppet and not a 3D asset made in 3DMax Studio with the rigging done in Maya. 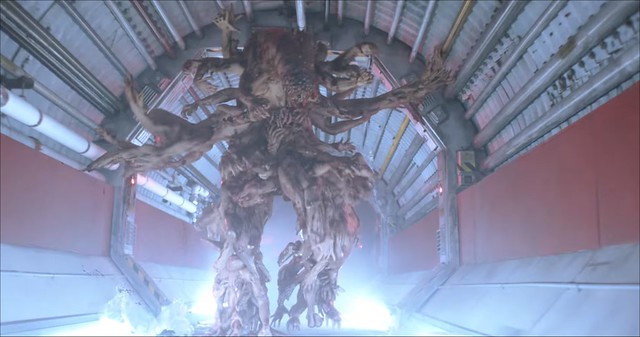 The natural light shaders are what really help bring the Zygote to life because it gives it that realistic, menacing vibe where light and shadows bounce off of it in real-time, something that oftentimes goes overlooked with CGI monsters.

You can see where the directional lighting helped to naturalize the model into the live-action scene, so it didn’t look out of place or super imposed. The lighting quality is like pixel deep here. 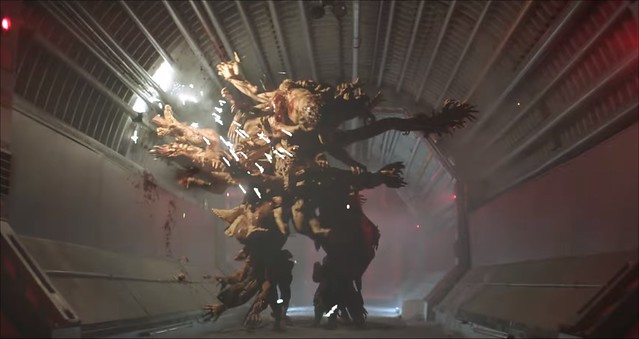 Funnily enough, a lot of people desperately want behind-the-scenes footage of the projects as they’re being made. Blomkamp joked that maybe he could get Hideo Kojima to do commentary for it. Of course, this just makes me think of a Kojima and Blomkamp project, which could be a mind-blowing collaboration if it ever happened.

Anyway, keep an eye out on the official Oats Studios website for more information. The crowdfunding for Firebase starts in February.