If you own an Xbox One you’ll finally be able to play The Astronauts’ The Vanishing of Ethan Carter. The game originally came out way back in 2014 for PC, and then came out a year later for the PS4 during the summer, and now it’s set to arrive on the Xbox One and Xbox One X starting January 19th in the middle of the month.

Not only will the game launch for the Xbox One but it will support “full” 4K HD output for those  of you with an Xbox One X. The press release, however, does not say that it will support full 4K UHD native output. So this likely means that you can expect upscaled 1800p or a dynamic checkerboard resolution in order to reach 4K output.

This pseudo-4K stuff has been a staple in the outings for both the PS4 Pro and Xbox One X, so don’t think that it’s just limited to one console or the other.

The game became known for its use of photogrammetry, which utilized 3D laser scanned objects from real-life and renders them in-game. This method is used to drastically cut down on the resource budget, so that instead of paying artists to model and sculpt trash bags and dirty lampshades, you can just have the laser team scan the objects in and then have the modelers clean up the meshes and apply the textures, lightmapping or shader properties depending on how the object(s) might be baked into a scene. 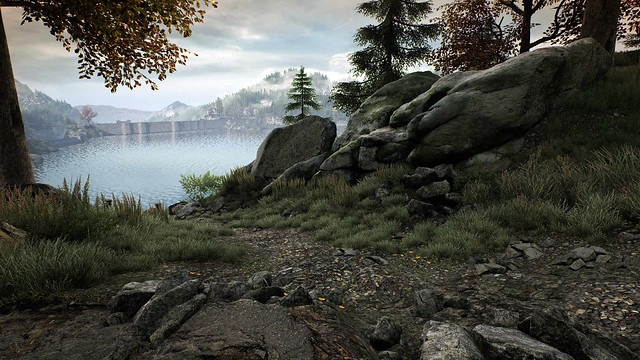 Xbox gamers aren’t just set to receive The Vanishing of Ethan Carter, though. Instead of being a straight port, it will come with a brand new free roam mode that will allow gamers to freely roam around the map and explore the scenery like a true walking sim.

The game itself – while very similar to a walking sim – has enough puzzles to solve and challenges to overcome to put it closer in line to a lite version of something like Obduction.

You can look for the Polish-made first-person mystery game to launch on the Xbox One and with Xbox One X support starting January 19th. The Vanishing of Ethan Carter will be available as a digital download from the Xbox Live Marketplace.