Whilst I often find myself disillusioned by walking simulators, I do enjoy the very best of them, especially when there are horror themes or good stories to keep me interested. For example, both Layers of Fear and Outlast are among my favorites, whilst Gone Home and Firewatch also feature in my memory because of their exceptional and emotive storyline. I’ve often wondered how I’d feel about a walking sim that covers both these bases, ramping up the chilling scenes whilst underpinning them with a great story.

Enter The Vanishing of Ethan Carter. I’m playing on the Xbox One, so whilst I realise that I am late to the party, I think this game might just be the best that the genre currently has to offer. Warning players in the very first scene that it is a “narrative adventure that will not hold your hand” the game is actually much more than just a pointless ramble. Unusually among similar games, The Vanishing of Ethan Carter has a ton of environmental puzzles that are (often) entirely optional, but almost always very rewarding. 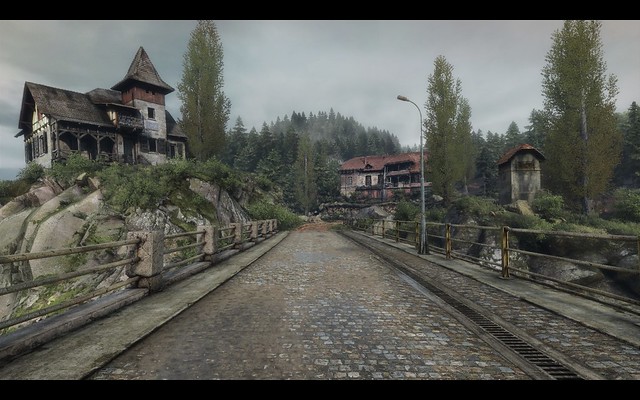 The tone is set very early. In the opening sequence of the game, players are introduced to the idea that the character they are playing as has some kind of ability. This ability allows him to see into different realities as the result of piecing together parts of the game world. At first, it’s a simple case of locating a handful of related objects to gain further insight into the world of Ethan Carter. Later though, solving these puzzles becomes more and more essential, for example when a burned out house has to be rearranged in the alternative reality to allow passage in the real one.

The Vanishing of Ethan Carter has an interesting story, although it features a lot of the same themes as a few other games like it. An introvert youth who writes diaries and has gone missing. A sinister house in the middle of nowhere. Plenty of discourse about the occult and other strange practices. Even so, there’s something about the way that it’s done which impressed me about The Vanishing of Ethan Carter much more than it has elsewhere. 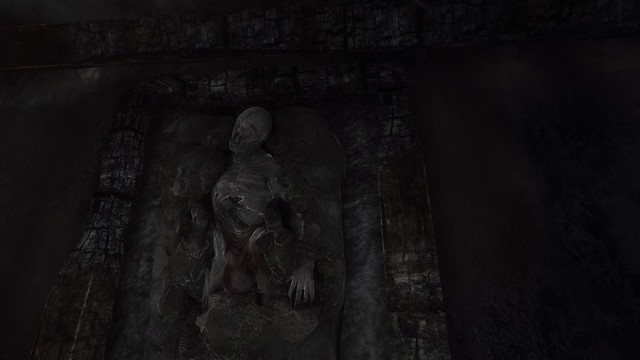 That something may simply be amount of tension and atmosphere it creates, which is the product of the superb voice acting, excellent sound and frankly, incredible visuals. The Vanishing of Ethan Carter must be among the best looking Xbox One games out there, even running fairly smoothly in 4K with an uncapped frame rate on an Xbox One X. It’s also possible to lock the frame rate to 30 FPS for smoother performance, but whichever way I set it up, this has to be the best looking walking simulator I’ve played.

The graphics are probably as close to photo-realistic as I ever thought I’d see in a game. Up close, the textures that make up mundane features in the world like rocks and trees are just sublime and feature astonishing levels of detail. Grass is dense and lush, whilst water laps convincingly on the shoreline. During the outdoor scenes, the view can extend on for miles and it really does look incredible, whilst in some of the dark, dank interior locations, it feels restrictive and lonely – just as it should. 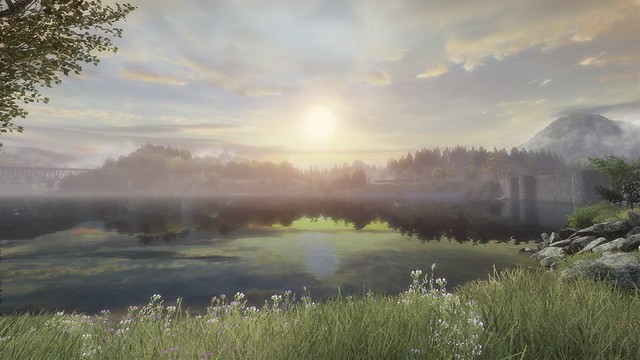 Ultimately, without spoiling it, The Vanishing of Ethan Carter also has one of the most satisfying stories among games in the genre. It deals with a lot of interesting issues and characters and much of the story is presented physically through the world itself. The game could probably be completed in less than a couple of hours if you avoided all of the interesting stuff, but if you explore every puzzle and locate every answer, it will take you more like three and a half.

You’ve probably guessed already, that The Vanishing of Ethan Carter is currently my favourite walking simulator to date. It certainly offers a lot more in the way of story beats, truly interactive puzzles and visual appeal, not to mention overall tension. It really is a very good game, and with the exception of a fairly dull sequence through some mines, it basically never misses a beat. You should most certainly: