Well, for gamers who want to do some rampaging, some romping, and some running around in an open-world environment without having to cede your freedoms over to the authoritarian dictatorship known as GTA Online, there’s actually a single-player girlfriend mod for GTA V, which will allow you to bridge the connection between males and females, commit tons of murders, kill civilians, harass cops, and enjoy Valentine’s Day without worrying about all the bullcrap that comes along with it from real life human beings or the trashy media outlets that perpetuate the gender wars.

That’s right, you can download the GTA V Custom Girlfriend mod right now from over on the GTA5-Mods.com page.

It allows you to customize your very own girlfriend in the game who won’t lecture you about the geometric oppression of manspreading, or weigh down your tolerance with nagging about the aerodynamics behind wolf whistling. That’s right, you can get all the goodness that comes from a real-girlfriend, with no none of the downsides… and you can do it all within GTA V.

“But what about the sexy-time?” some of you might be asking. Well, don’t worry my dude… modder uirty has you covered with several in-game options to fulfill your needy desires. 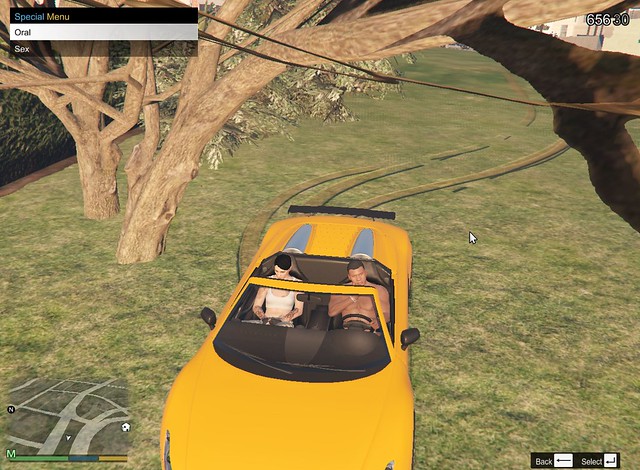 The mod allows you to modify the look and behavior of your girlfriend, from her eyes and lip size, right down to her facial hair and tattoos.

You can modify the badges, accessories, components, skin types, and more. Once you’ve created the perfect in-game avatar that you want as your girlfriend, you can save the skin and get ready to experience the sanguine results of doing the body-sandwich salsa of mayhem across Los Santos.

Once you install the prerequisites, you’ll need to create a folder for the scripts in GTA V‘s main directory, and copy over the Custom Girlfriend mod files into the scripts folder. That’s it, you’re done.

You’ll have a fully functional girlfriend for use in your single-player exploits within GTA V.