If you’ve played Kingdom Come: Deliverance you’ve likely encountered characters sometimes jokingly and sometimes seriously quipping about being tossed into the pillory for one reason or another. Well, consider Kingdom Core: Deliverance pilloried by offended game journalists for not meeting the sensibilities of their feigned-progressive and oftentimes regressive sociopolitical viewpoints.

Many of the usual suspects who took a dislike to Kingdom Come: Deliverance back in 2014 when the creative director and writer, Daniel Vavra, unequivocally denounced Communism and made it known that he supported ethics in media journalism. This angered those who had made a living being unethical, and those who had used journalism and social media as a front to espouse third-wave feminism as male feminist allies, all while raping, harassing and abusing women, as well as being pedophiles behind the scenes.

Well, back in 2014 Kingdom Come: Deliverance was still in development and building up crowdsourced funding. In 2018 the game is now out and available, and while many centrist reviewers have given their thoughts on the game (for better or for worse), some of the journalists standing as enemies to the consumer revolt against unethical journalistic practices, decided to use their platforms to denounce Kingdom Come: Deliverance for not aligning with their cultural Communism.

Patrick Klepek, Danielle Riendeau and Austin Walker spent episode 135 of the Waypoint Radio talking about why they weren’t covering Kingdom Come: Deliverance because it didn’t feature minorities or people of color due to being historically accurate, and how the women in the game are portrayed how most women were back during the middle ages. They published a blurb on the site stating…

“Waypoint hasn’t written about the game yet, partially because we’ve struggled over how to cover a game whose creative director has both publicly and forcefully supported GamerGate and made highly questionable statements about the game’s “historical” accuracy regarding representing people of color. Maybe we shouldn’t cover it all?” 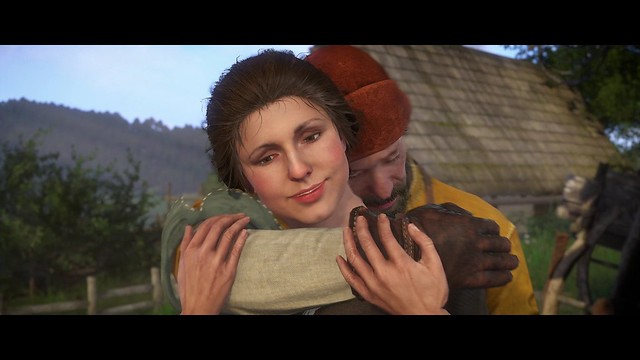 The forums actually falls in line lock-step and sync with the views presented by the Waypoint cast. One user in particular, Ali, claimed that just experiencing the opening act of Kingdom Come: Deliverance allowed him to feel the cold reach of #GamerGate’s skeletal presence deep down in the very depths of his bone marrow, where the chill of ethics in journalism sent a tingling jolt up his body, forcing him to realize that #GamerGate must have been behind the game…

“Holy shit. When I tried this game (and promptly uninstalled/refunded when an objective called [CW: Rape] popped up onscreen) I had no idea of this background, but as i dug deeper into the marketing and then the opening act, I was like “Huh a bunch of things about this game’s design philosophy feels like it’s hinting at the ideology that formed GG”, right down to evoking The Witcher 2 & 3 in very particular ways. I kind of hate being able to feel this shit in my bones these days.”

It would be remiss of us not point out the controversy surrounding this title based on the attitudes of Daniel Vávra, the lead developer, whose views speak for themselves in both his social media and this Kotaku interview – aspects of which are reflected in the game content, and may give pause in considering it for purchase. It’s a topic Eurogamer will address in its review, but the focus for this Digital Foundry piece is its technology and performance.”

Polygon’s Charlie Hall was far less convinced that there was a good game hiding underneath the blood, sweat, and tears of Warhorse Studios, claiming that it was too unpolished and boring for his tastes. However, much like how Ali, Hall couldn’t let go of feeling the icy, ethical grip of #GamerGate’s compendious claws digging in like a vice grip around the warm and miniscule scrotum of his cultural beliefs. Near the end of the review he decided to take jabs at the studio’s creative director’s sociopolitical stance by writing…

“Warhorse is a team of more than 150 people, but the game’s creative director has gone out of his way to rationalize his support of GamerGate, a loosely knit hate group that has devoted time to harassing women, people of color and journalists in the past. So outspoken is the studio’s leadership on cultural issues that they have found it necessary to work with a German outlet to publish anti-fascist, anti-sexist and anti-racist statements prior to their game’s launch.”

But even when they aren’t picking from the bones of a movement that was supposed to have died a hundred times over, they’re still picking from the flesh of the very human concept of masculinity. PC Gamer‘s James Davenport put in 20 hours or so of Kingdom Come: Deliverance and decided that being an alpha male was “gross”…

“I’d been returning to town to see a woman I was courting in game and figured it would take some time to get to know her. Not so. Three or four dates in, after spending a few evenings together chatting and drinking, our date abruptly ended in the bone zone. Henry woke up alone and then the quest completion drum sounded off. My Henry was imbued with a buff called Alpha Male, which has a few too many gross connotations to stomach, and as far as I can tell, that’s it.”

To his credit, Davenport at least entertains the idea that he may be wrong about how Kingdom Come: Deliverance treats sex and ladies, and is willing to put in more time and effort to see where it goes. It’s more than what can be said of Waypoint opting to skip out on the game because both it and the developers did not meet the stringent standards of the inclement Intersectional Inquisition.

It wasn’t too long ago that Devolver Digital tried entertaining the Oligarchs of Offense with the sociopolitical eleemosynary within The Red Strings Club, only to find themselves excoriated by none other than Waypoint for not penning a narrative arc for a transgender character with the care of feathered fingers.

Throughout all of the attacks against Warhorse Studios for attempting to make Kingdom Come: Deliverance historically accurate, and all of the pointed criticisms made toward creative director Daniel Vavra, the studio has stood firm throughout it all, and it appears to be paying dividends in sales, as the game has already surpassed 340,000 units being sold on PC alone, according to Steam Spy.