Bandai Namco has released new videos showing off the fan favorite character Ivy and Zasalamel as playable fighters in Soul Calibur VI roster. The upcoming fighting game is slated to launch this year across PC, PS4 and Xbox One.

Leaker DasVergeben was right about both Ivy And Zasalamel making their way into the playable spot in Soul Calibur VI roster, which means that you can get a nice look at Ivy’s assets and Zasalamel cloaked appearance. 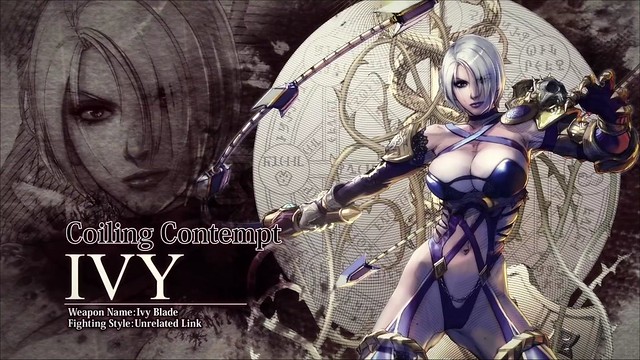 Starting off with Ivy, she brings the usual cutting edge signature Snake Sword that’s not only curvaceous, but deadly to look at. Not holding back with her fierce attacks, her stature and appearance match just as nicely.

You can sate your eyes on the newly revealed Ivy trailers that show various angles of her fighting style right here, which also show off different layers of UE4 physics.

Next up comes Zasalamel, who appears with wraps, a hooded cloak and his Death Scythe: Kafziel. The character brings medium to slow-paced attacks to the field, however he dishes them out in a somewhat technical manner.

His moves may be slow to some people, but they have a lot of reach to pull any opponent in who tries to keep a safe distance from the hooded man. You can check out his reveal trailer below.

Eager fans looking to unravel who will be released next might be able to look at DasVergeben list that supposedly sees Maxi, Siegfried, Taki, Talim, Cassandra, Astaroth, and Tira to return.

In addition to the above, given that it is a rumor we don’t know for sure if any of this is true, only time will tell whether or not Bandai Namco and producer Motohiro Okubo will bring those characters to Soul Calibur VI.

Soul Calibur VI is set to release this year for PC, PS4 and Xbox One.