GOG.com announced that the complete Mafia trilogy is now available on the DRM-free service. You can get your hands on Mafia, Mafia II and Mafia III over on the GOG.com store page right now.

In celebration of adding all three games to the store offerings, you can get the entire series for 66% off on GOG.com or buy each game individually for 50% off the normal price, with the first game discounted down to $7.49, the second game available as a director’s cut for $19.99, and the third game available for $19.99 as well.

The first two games were groundbreaking in their ability to capture the Mafia-themed cinematic experience within the sandbox third-person shooter genre. 2K Czech did a bang-up job making the first two Mafia games stand-out entries in the open-world genre, mostly thanks to Daniel Vavra’s writing and being accompanied by a team of competent designers who both understood and respected the film genre for which the first two games were based. 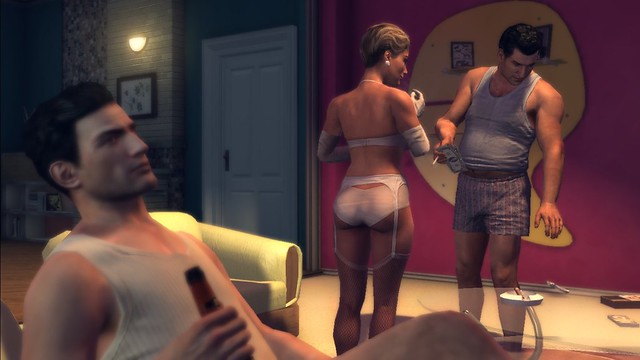 The third game, however, was a complete letdown and huge technical step back from Mafia II. They switched from allowing players to get a look into the Italian Mafia’s inner workings and instead focused the race-driven antics of a fictional Louisiana city starring a mixed fellow named Lincoln.

The game was celebrated by SJWs but it was a huge downgrade compared to the physics, gun mechanics, cinematics, and overall story presented in Mafia II. They also decided to include a gay sodomy scene that took many hetero gamers by surprise.

Nevertheless, if you want to get your hands on all three games for whatever reason, you can do so right now over on GOG.com.

The best option is basically to get the first and second Mafia and leave the third game out of the equation, since you’re really not missing out on anything else. It has worse driving mechanics, worse fighting mechanics, and the gunplay is no where near as visceral and weighty as Mafia II.