The pedestrians in Grand Theft Auto V aren’t very attractive. It’s not an opinion, it’s a fact. Well, modders have been slaving away at improving the general pedestrian models in GTA V, and one way of doing that is by replacing them with some very attractive custom female characters from The Sims 4.

The custom females from The Sims 4 features four hotties, each designed to appeal to the tastes of mammals with the XY chromosome and a penchant for full HD gaming. You can download the mod from over on GTA5-Mods.com.

There are two characters with two alternate skins that you can use in the game. To help mix it up even more you can change the hair colors as well. The two models, Samantha and Lana, also have three different outfits that can be applied, and work with full LODs for distance rendering and can be shot and killed with full decals and blood work. The excruciatingly detailed mod was put together by alex189 and saladin93. 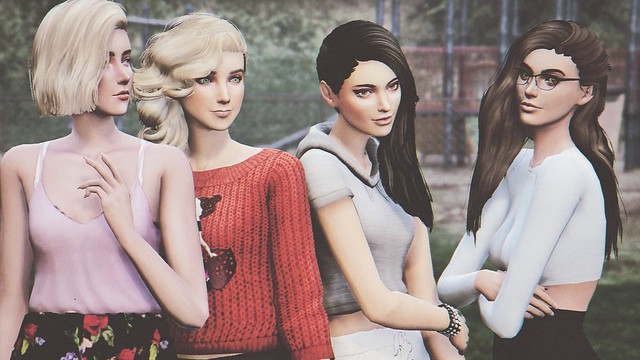 The pedestrian models replace the females in GTA V or can work as an add-on for new pedestrians. They have full rigging, including face rigs for mouth movements and facial animations. They’re also shader optimized to make use of the RAGE’s real-time dynamic lighting system.

There’s a video demonstration of what the character models look like actually moving around and being utilized in GTA V thanks to a video from DeanWinchester Studio Channel. You can check out the video below.

Most people are already over GTA V, but there’s also a ton of people still buying the game who want to beautify the experience.

Rockstar in recent years have been making their female characters kind of fugly. However, modders have thankfully rectified the problem by increasing the sex appeal of the female pedestrians in GTA V, just like with The Sims 4 female character add-on.

If you’re new to GTA V and need a little help with installing the mod, you can check out the tutorial below, which was updated for the 2018 rendition of GTA V, courtesy of YouTuber Monster Killer00k.