The 3D printed, medically approved, bionic prosthetic from Open Bionics called the Hero Arm, is currently available for U.K., residents. The bionic replacement for amputees missing a limb from below the elbow can be purchased from over on the official Open Bionics website.

Pricing details aren’t readily available, but once you fill out the form everything becomes clear. I imagine it will likely cost twice as much as Open Bionics’ robotic hand, which is currently available for £1,499. 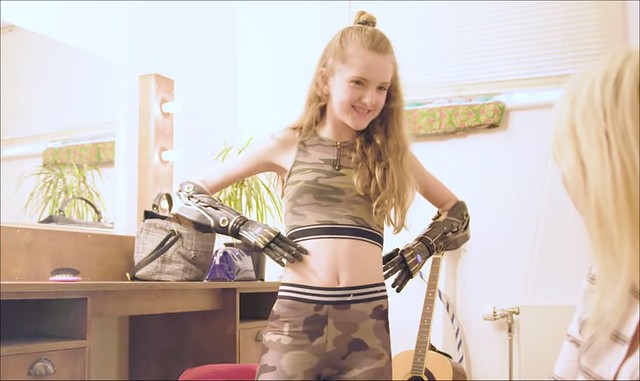 The blueprint for the 3D printable version of the bionics were made available back in 2017, after Open Bionics made the announcement during 2016’s E3. It’s amazing because the collaboration between Open Bionics and Eidos Montreal – which is what helped really put Open Bionics over with the general public – came about after the company was tipped off by Oliver Campbell, a #GamerGate supporter, to connect with Eidos. At the time Eidos was promoting Deus Ex: Mankind Divided, and Open Bionics designed a prosthetic limb mirrored after the one Adam Jensen used in Deus Ex.

Since then the company has been making specialized, aesthetically high-end bionic prosthetic limbs; the latest effort being the Hero Arm.

As you can see, the arm is designed to be functional and stylish. Also, you can use it for everyday activities, or more specialized pastimes, such as video games.

Unfortunately the arm still isn’t quite fast and precise enough for controller-based gaming, but it can be a huge help when it comes to VR gaming and using motion controllers.

A lot of people were curious about the Hero Arm blueprints for 3D printers, but Open Bionics isn’t quite ready to release the files into the public just yet. As mentioned in a comment to a inquiring consumer, the company stated that for now the product is only available for the amputee community in the U.K…

“We’ll be releasing the Hero Arm design files soon, but our focus for now is launching the Hero Arm as a commercially available product for the amputee community in the UK”

The Hero Arm is custom built for the wearer, and so this is why you’ll have to fill out the form for all the proper details and specs. You can learn more about the Hero Arm, which his currently available to purchase for U.K., residents, by visiting the official Open Bionics website. And while Adam Jensen may not have asked for it, I’m sure many amputees did.