Some of the writing credits for Dim Bulb Games’ Where The Water Tastes Like Wine includes names like Waypoint’s Austin Walker, who refused to properly cover Kingdom Come: Deliverance because the developers refused to kowtow to SJW demands; “Gamers are Dead” commandant Leigh Alexander; and Kotaku’s Gita Jackson. They also had the PR carried out by Silverstring Media’s Maya Kramer. The credits page basically reveals that majority of the people who helped contribute to the project are anti-#GamerGate, and are thus anti-gamer.

In a recent postmortem published over on Medium, Johnnemann Nordhagen – the designer and programmer of Where The Water Tastes Like Wine – lamented that the game’s $140,000 budget has been a net negative for him. Dim Bulb Games hasn’t turned a single dollar in profit over the course of the time that the game has been available on the market; it only managed to sell less than 4,000 copies on Steam, as of the writing of this article.

Simply put, sales for Where The Water Tastes Like Wine tanked. Not only did they tank since its release on February 28th, 2018, but they’ve actually shrunk compared to its peak sales. The game’s ownership figures topped at around 6,200. However, after refunds, they lost nearly half of their ownership, bringing it down to 3,800 according to Steam Spy.

“[…] once you factor in the ~$140,000 I spent paying my contractors and collaborators for the game, you begin to see that maybe it wasn’t, financially speaking, worth it. I guess I will have to wait a bit longer to buy that Juicero.

“Joking aside — that’s dismal. And terrifying. At the end of the day it’s astounding that a game that got this much attention from the press, that won awards, that had an all-star cast of writers and performers, that had a bizarre celebrity guest appearance(!) failed this hard. It scares me.”

The reality is that press coverage doesn’t mean anything anymore.

Getting awards is the equivalent of a gangster telling the local community that a bunch of lawyers assured judges that he’s a productive member of society.

For those with lower gears in the comprehension driving department, it basically means that gamers trust accolades and critics about as much as the community trusts a defense attorney’s opinion about the local cartel. 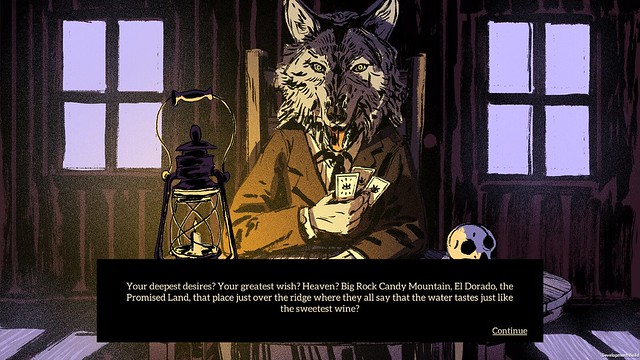 With word spreading that many of the people who worked on Where The Water Tastes Like Wine are part of the inner circle of anti-gamer Regressive Left that turned #GamerGate into a global phenomenon by lying incessantly about it, doesn’t help the game’s potential long-term success.

A name like “Leigh Alexander” is toxic to the ears of most gamers. Seeing names like “Kotaku” or “Polygon” next to the name of people in the credits means a lot of people will have an instant sour taste in their mouth. And aligning with controversial people like Maya Kramer from the Silverstring and IGF scandal also isn’t going to go over too well with a lot of gamers. In case you forgot about that, ShortFatOtaku has the video covering all the details.

The long tail of Where The Water Tastes Like Wine is in jeopardy based on who Nordhagen decided to throw his lot in with. When you align yourself with anti-gaming pundits, it’s almost no surprise that gamers aren’t going to take kindly to your product.

On the upside, at least the soundtrack to Where The Water Tastes Like Wine will live on, regardless of the sales of the game itself.

No comments yet Categories: Industry News, News, Videos Tags: Dim Bulb Games, PC, Sales Data, Where The Water Tastes Like Wine
← Memories Of Mars Screenshot Update Shows Off Base Building And Enemies
Them And Us, Resident Evil-Like Game To Release This Year →