Nicalis just announced that Code of Princess EX will officially release on the Nintendo Switch both digitally and physically starting July 31st, 2018 across North America and Europe. 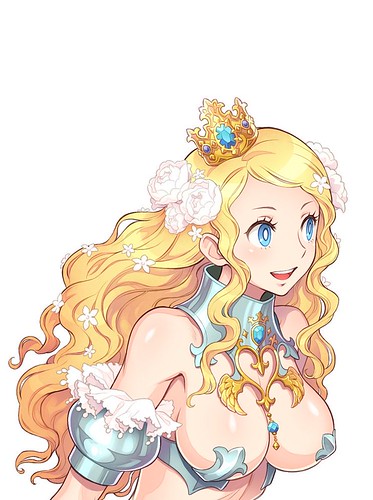 The beat-’em-up RPG for the Nintendo Switch features all new enhanced HD visuals, improved lock-on and burst attacks, as well as both local and online multiplayer modes. The original Code of Princess came out way back in 2012 for the Nintendo 3DS. Studio Saizensen’s title was decently received back then, offering gamers the kind of side-scrolling, beat-’em-up action that is typically found in Treasure’s games.

A handful of years later Degica re-released the original Code of Princess on Steam for PC gamers, but it was still hampered by being little more than a serviceable port of the Nintendo 3DS version.

Nicalis has revamped the entire thing so that it takes advantage of the Nintendo Switch’s HD capabilities, enabling gamers to experience higher resolution and higher quality assets in which to enjoy and and absorb the physical and special qualities of Princess Solange of DeLuxia.

You can check out the gameplay trailer below to get an idea of what’s in store.

The remastered game features all of the combos, special moves, and super attacks that you came to enjoy from the original game, but with improved animations and visibility designed for both the TV mode and portable mode offered by the Switch.

The story itself centers around Princess Solange of DeLuxia who must protect the legendary sword DeLuxcalibur after her home is attacked and her castle is taken siege by an army of invading monsters.

The Princess goes on a battle not only against the destructive invaders, but she also begins to recruit various members to her small band of resistance fighters, totaling over 50 different playable characters spread across multiple class-types, each with their own abilities.

You’ll be able to pick up a digital or physical copy of Code of Princess EX starting July 31st for $39.99 exclusively on the Nintendo Switch. If you decide to purchase the retail edition of the game, it will also come packed in with a full-color instruction booklet and an audio CD featuring a sampler of the game’s soundtrack.