On March 10th, 2018 CityNews Toronto ran a story about video game addiction. It was tied into the addition of video game addiction to the World Health Organization international disease listings. In the piece, reporter Nitish Bissonauth interviewed several gamers, some parents, and even some kids about their gaming habits. A few gamers felt as if the report misrepresented gaming as a hobby, and distorted some of their answers.

You can view the original piece below. 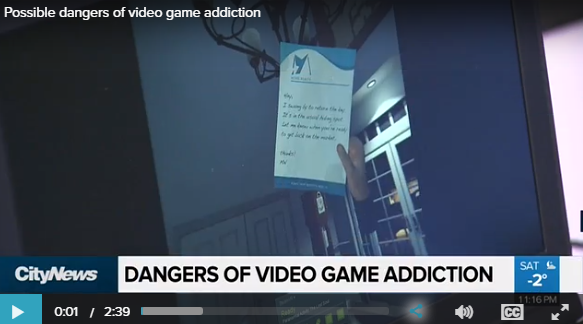 A concerned viewer wrote into to the CBSC regulatory body to file a complaint about the CityNews Toronto piece, stating that it misrepresented the views of those who were interviewed and some of the data surrounding actual video game addiction.

On May 2nd, 2018 the Rogers vice president, Susan Wheeler, responded to the complaint and forwarded it to the CBSC by stating that Bissonauth did due diligence and that the piece was ethically reported, and that he properly informed those who were being interviewed about the subject matter of the piece, writing in the response…

“In regards to your concerns that interviewees were not told about the angle of the story being covered, we spoke with the VP of News and Information at CITY-DT, who confirmed that Mr. Bissonauth did in fact inform interviewees prior to going to air that they were being interviewed for a story based on the WHO report.”

However, one of those individuals interviewed for the piece, Ryan Ford, claims that Bissonauth did not inform him that the piece would be based around the WHO report.

“ I was told they were looking for people’s opinions on video game addiction, and if I knew what to do for the interview (look at him, not the camera, etc)

“Questions I recall being asked:

“1. What are your thoughts on video game addiction?

“2. How many hours a day do you spend playing video games

“3. Since I mentioned that I have to spend time practicing, is there anything I do outside of playing games?

“After we stopped, the camera guy said that he needed one more. Then I was asked what sacrifices do you have to make to be at the level that I’m at and do I recommend playing games full time to others.

“My response to the last one was what they spun.

“I think since my responses for the other questions weren’t what they were looking for, they used the last one.”

When asked what the last response was, Ford reiterated that it was 12 hours. When asked again if Bissonauth ever brought up the WHO report, Ford responded by saying “Nope”.

In the original response letter, Susan Wheeler claimed that the news segment did not breach the code of ethics, writing…

“After careful review, we believe that this News segment did not breach the Code, as the interviewees were informed of the story they were being interviewed for prior to broadcast, and the story was balanced and fairly presented by the fact that it provided a variety of perspectives canvassing the different sides of the issue. We further note that the interviews were edited to focus on the number of hours spent playing video games and were not used to support the idea that members of the gaming community had a mental health disorder.”

However, if Ford was not informed about the story being based around the WHO report, then it does contradict what Wheeler claims the VP of news and information from CITY-DT had told the Rogers regulatory body and the CBSC.

[Correction: Originally the story identified Susan Wheeler as the CBSC vice president but she’s actually the VP of Regulatory Media at Rogers]