For me, the Baldur’s Gate style of RPG has always been the most faithful digital recreation of the pen and paper tabletop games. That used to be partly because Bioware built its games based on the same number crunching that your DM would be doing every time you played a quest in his cellar or attic bedroom. Bioware may well have taken a more action orientated path with the last Dragon Age, but Obsidian Entertainment’s original Pillars of Eternity was one of several games that retain the feel of the original Baldur’s Gate series.

And, much as Baldur’s Gate II improved on its predecessor in almost every way, whilst remaining true to the original formula, so too is Pillars of Eternity II more evolution than revolution. Picking up immediately where the first game ends, this incredible sequel makes iterative improvements in almost every area and never misses a beat with its story, it’s pacing or it’s combat. If you loved the first game and wanted more, then simply put, you can stop reading right now to go and and buy this incredible sequel. 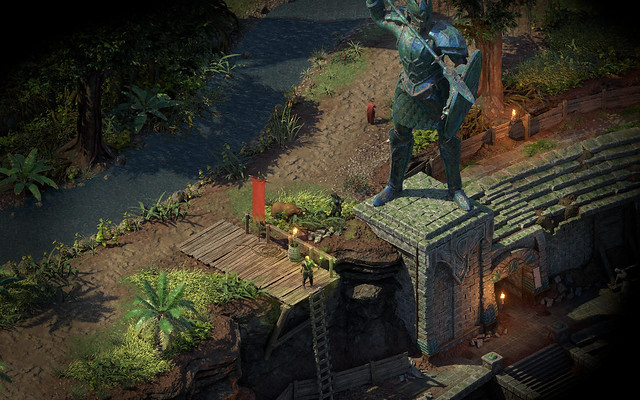 If there is a downside, it can only be that whilst Pillars II does a good job of filling players in on key events from the first game, that intrinsic knowledge of the world and its characters is pretty essential to maximising the experience. Players continue the story of The Watcher and have free reign to either import their Pillars I save game, or to make new choices, during the first ten minutes of the game. If you haven’t played (or finished) the first game and want to avoid spoilers, stop reading now.

Following this narrative decision making, players build a character. This is done in the traditional way, though I will say that Pillars II makes it easier for inexperienced RPG’ers. There are recommended stat levels by class, simplified ability choices and – for the experienced dungeon delver – multi-class characters. The way multiclass characters are handled is very nice, with access to a greater range of skills being delivered less frequently and no access to top tier skills. This approach ensures that single class characters remain more focused and potentially more powerful, whilst multi-class characters remain versatile generalists, which is presumably what you wanted, right? 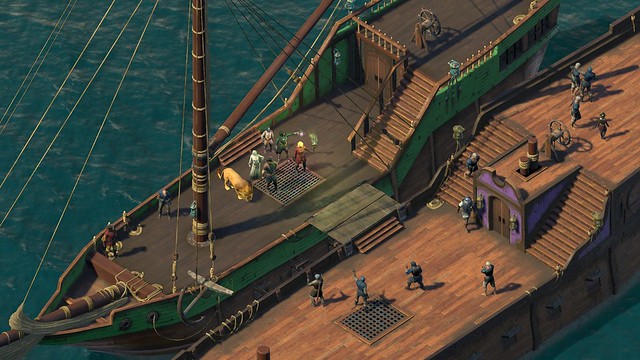 The story opens with The Watcher clinging to life as the result of Eothas’s emergence from beneath Caed Nua. By following Eothas and with intervention from other gods, The Watcher’s soul manages to survive, only to be thrust back into his or her body at the exact moment a vicious pirate crew attacks the boat that is being used to pursue Eothas. This results in a setting that is perhaps the superstar feature in Pillars II – the Deadfire Archipelago itself.

By swapping the relatively mundane RPG themes of dank dungeons and high fantasy castles in favour of rich, lush islands and bright characters – including a wider variety of races and characters – Pillars of Eternity II is both familiar and different. Whilst traversing land is a key part of the game, seas based exploration (and even combat) is at least as important. Trading a stronghold for an upgradeable ship is fun – even though the ship based combat feels little bit rushed, as if it was a late afterthought. 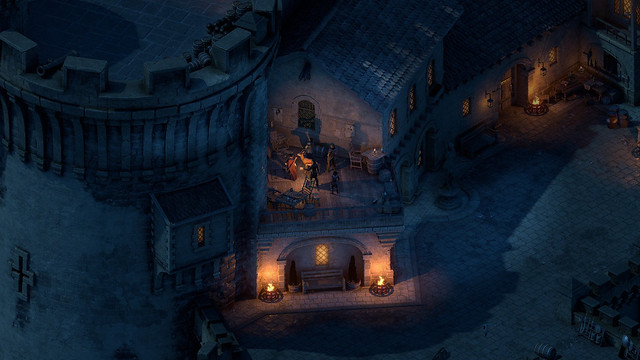 Visually, Pillars II is a material improvement on the first game, even though the improvements are subtle. Animation is now much better, as are lighting effects and shadows. The game still suffers from having what appear to be pre-rendered, static backgrounds that are at odds with the elements that move over them, although that is a very, very minor issue in an otherwise superb looking game.

The sound is just as good here as it was in the first game, with a rich, orchestral soundtrack that brings even more life to an already vivid game world. The voice acting is strong throughout and whilst there are many, many dialogue options, the vast majority are spoken to a high standard. You may find that some answers seem out of context with whatever was said previously, but that is more a consequence of the sheer volume of voice work, rather than an actual quality issue.

Much as it did in the original, combat plays a large part in Pillars II and once again, it is superbly executed. There are four base difficulty levels, plus a hardcore (one save) mode and a mode that restricts access to automatic assists such as pausing on combat starting or characters being wounded. Level scaling is also an option, so players can basically pick and choose how they want to experience the game. With some of the harder settings engaged, the game creates some intense and very challenging fights that will test your mettle to the extreme. 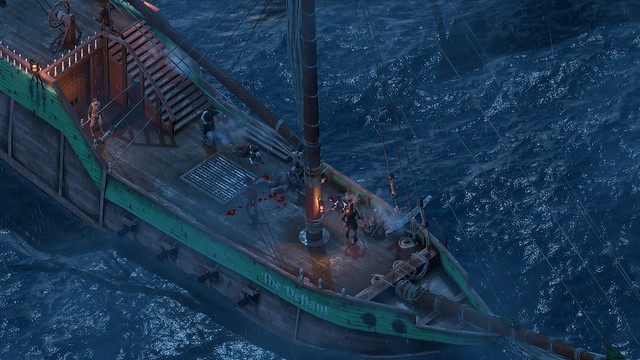 On that note, building the right team is essential to success in Pillars II, which is made all the better by the choice of characters in your motley crew. Whilst it is nice to see some characters return, it’s also great to have access to a whole raft of new faces, each of which has their own desires and motivations. The banter between party members is frequent and interesting, with both contradiction and agreement playing its part in such a way that you’ll be encouraged to try different combinations. Tactically, classes are also very different, which leads to even more reason to vary.

Ultimately, whether you jump into Pillars II for the incredibly rich story, the fantastic presentation or the deep and tactical combat, it is one of the best RPG’s money can buy. Literally my only reservation with it comes on behalf of those who didn’t play the first game and might as well do so before investing in this sequel. Whilst Pillars II does, as I said before, improve on every aspect of the original, it is certainly a direct sequel that really benefits from a good understanding of the original game. For returning players who enjoyed the first game, Pillars II is simply a: