NIS America and SNK Corporation released a new trailer featuring two new characters for the upcoming SNK Heroines: Tag-Team Frenzy, which is due out for the Nintendo Switch and PlayStation 4. NIS America confirmed shortly after its announcement that the game will launch uncensored in the West… but then again, Crunchyroll said the same thing about Danmachi Memoria Freese and we all saw hot that turned out.

Anyway, the two characters who have been revealed for the roster are the Moe-style Sylvie and the black chick, Zarina. Both characters couldn’t be more disparate in their fighting styles, with Sylvie having ridiculous punches and kick combos, while Zarina actually has some cool capoeira fighting techniques on display.

You can see how both characters round out with their special abilities and combo attacks with the new gameplay trailer below.

They don’t go through the customization details for either character but we do briefly get to see their alternate outfits.

Sylvie rocks a turquoise high-cut cocktail dress that exposes lots of leg and cleavage. She also has her standard outfit from King of Fighters XIV, with the giant bow on her head and the floral samba dress. Her third outfit is a sexy bunny costume, complete with fishnet stockings, giant bunny ears and black high heels.

Zarina, alternatively, has some equally risque costumes to don. 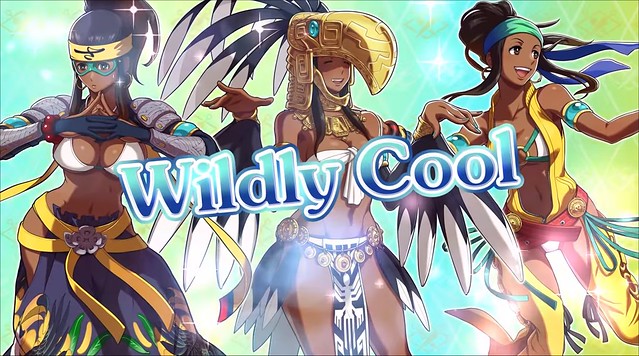 Her main outfit is a cosplay of a ninja with a long headband, bracers and pauldrons, while wearing a panty-less hakama. It’s the sort of outfit where you’re constantly trying to take a peak from the side instead of underneath.

Her second outfit is an Aztec getup that seems to be a play on Carnaval. She’s wearing nothing more than a towel tied around her big boobs, and a tiny little loin cloth to cover her nether regions. 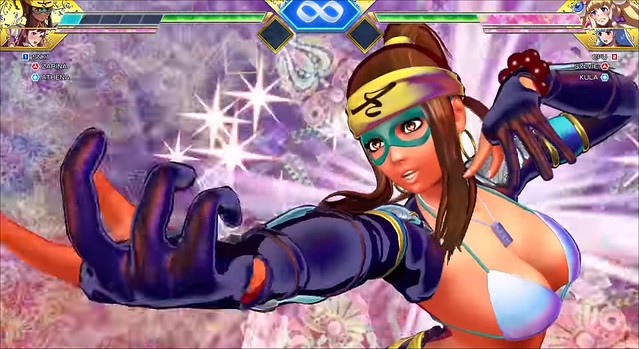 For those of you who aren’t fond of playing certain characters from the sun-kissed regions of the planet, don’t worry; SNK lightened up Zarina’s skin tone in game so she’s a lot lighter during actual gameplay than in her character art.

You can look for SNK Heroines: Tag Team Frenzy to go live for the Nintendo Switch and PlayStation 4 on September 7th, 2018 later this year.