Director X, a guy whose directing credits extend only as far as making music videos for Drake and Rihanna, is helming a remake of the 1972 film, Superfly.

Sony Pictures released a theatrical trailer for the crime-drama, which is filled to the brim with the typical stylings of a music video and about as much substance as a game journalist’s musings that compares pop-culture to Dark Souls.

The trailer is chock full of slow motion and lots of hip-hop themed fashion. The lead character is a Pidgeotto-looking playboy with poor acting skills and about as much range as you would expect from a fall-season GQ photoshoot.

The actual plot for the film is little more than a wafer-thin narrative about a white-clad gang (who happen to be black) that muscles in on Superfly’s territory. The gang has ties to the Mexican cartel and uses bright, cloud-white guns to do their business. This forces Superfly – a martial-arts hustler – to try to score one last big run before getting out of the drug business.

The plot is so cliché that even all the millennials and Generation Z called the film out for being derivative in the comment section.

It appears to take all the basic threads of every other gangster film out there, but also decides to take a page out of the 1990s by attempting to glorify thug culture once more.

Hollywood is known for rehashing movies, but it’s crazy that they would go back to the 1970s to rehash a film most people never heard of, only for the rehash to seem less original than all the other reboots they’ve already milked dry. 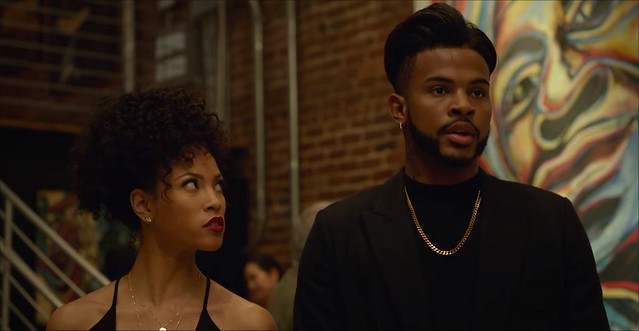 The acting is pretty atrocious in the trailer, and I imagine Sony thought that they could leverage the exploitation of Black Panther, but Superfly seems like the sort of film that would bomb so bad that even the corrupt SJW media would be too embarrassed to defend it.

The flick is due for release on June 15th, right during the height of E3 where most people will promptly ignore that Superfly exists in order to talk about the latest and greatest in the electronic entertainment industry.