Norn/Miel and Cherry Kiss Games’ Tsundere Idol has officially launched on Steam for $9.99. The game is a typical romance tale about a shy guy who ends up falling in love with a super hot pop idol in Japan. For those of you who purchased the Steam version of the game, you can spice things up by downloading the 18+ uncensored patch.

The patch can be downloaded for free from from the Google Drive.

Alternatively, if the Google Drive link goes kaput, there’s a backup of the uncensored patch available for download through Dropbox.

The patch is rather hefty, as it actually contains the lewd images for Tsundere Idol, including the 18+ base sprites for the character Rui, along with H-scene backgrounds, and the fully unlocked and uncensored CG gallery.

If you need help installing the uncensored patch for Tsundere Idol, there’s a walkthrough provided by Steam Uncensored. 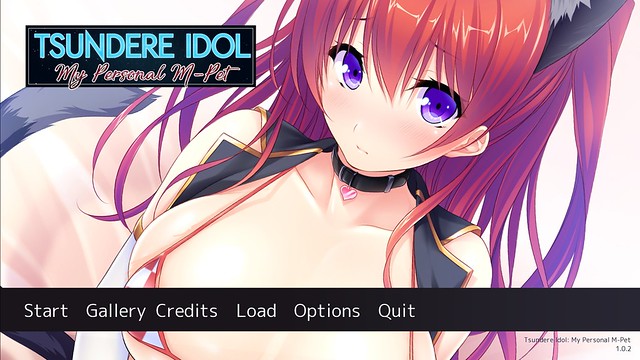 Tsundere Idol follows the story of Kota and Rui. Kota is a shy student at college, while Rui Kurumizaka is a famous pop idol in Japan. Rui also happens to attend the same college as Kota.

One day while the two are walking down the hall, Rui’s bag drops to the ground and a lewd magazine pops out. In order to save face for the popular idol, Kota takes the blame in front of everyone in order to spare Rui the shame of having the incident turn into a scandal.

However, this particular incident creates an opportunity for Rui and Kota to get to know each other better, and a lascivious relationship begins to bud between the two.

You can grab the censored version of Tsundere Idol from the Steam store for $9.99. If you already have it, then grab the uncensored patch and have a jolly good ‘ole one-handed time with the game.