In an interview with Famitsu, Dead or Alive 6 producer and director, Yohei Shimbori, explained that the game will no longer run on the Soft Engine, which was last updated for Dead or Alive Xtreme 3 to feature advanced butt and thigh jiggle, along with advanced soft-body manipulation for dynamic breast physics.

DualShockers translated the relevant parts, mentioning that the removal of the Soft Engine at the core of Dead or Alive 6′s design was due to wanting to move over to a new lighting engine that was not present or doable within the Soft Engine architecture. Shimbori explains to Famitsu that the reason for the switch was due to wanting to pursue more “realistic” facial expressions and lighting for the characters.

This means that all the advanced boob physics and large breasts you were used to seeing in Dead or Alive 5, and the Dead or Alive Xtreme series, will be gone. 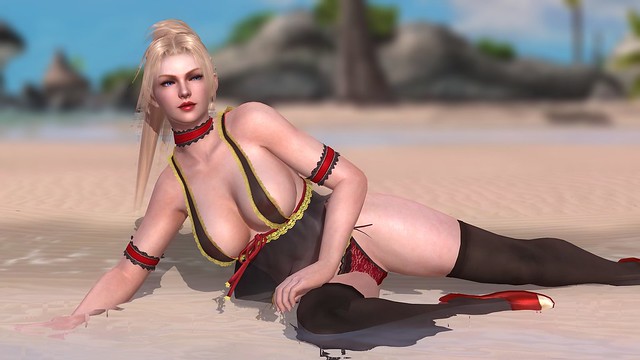 So instead of having the next generation of boob physics being present, the game will instead feature more moving parts on the characters, sweat and liquid effects that are designed to be more “cool” than “sexy”.

According to Shimbori, the change came amid discussions with fans at EVO 2017 who were embarrassed to play Dead or Alive due to the game’s focus on sex appeal. DualShockers writes…

“The images of the characters will focus on “cool” as the team heard from the fans at EVO 2017 the opinion that the girls were a bit too sexy and it was embarrassing to play, the request was to make a game that look cooler. Team Ninja wants everyone to be proud of playing Dead or Alive.”

Instead of people playing for the sexiness, Shimbori explained that people will want to play it to be “proud”.

According to DualShockers, they stated that Shimbori told the Japanese outlet that the change comes from the influence of American cinema and media. In the actual interview, Shimbori told Famitsu…

“The reference we used for the imagery [in Dead or Alive 6] comes from American comic book films. In the old days I loved American comics.

“In the old days the female characters in American comics emphasized and highlighted the sexy lines of their body.

“Nowadays, there’s a change in the works to present [the female characters] with a sharp and cool design.

“In this way, I thought about [Dead or Alive 6] and the character appearances, and how to depict them with variety.”

What Shimbori fails to realize is that a lot of Americans hate many of the American comic books currently being made specifically for the reasons why he’s changing Dead or Alive 6. In fact, Marvel had to recently cancel many of their SJW comic books, due to poor sales.

And #ComicsGate started as a means of comic fans fighting back against the establishment by supporting independent artists, since the major comic book makers are focusing on fringe designs to court those interested solely in identity politics. A good example is depicted below with the change that Marvel made with Captain Marvel, turning her more masculine compared to her earlier depictions where she was curvaceous and sexy. 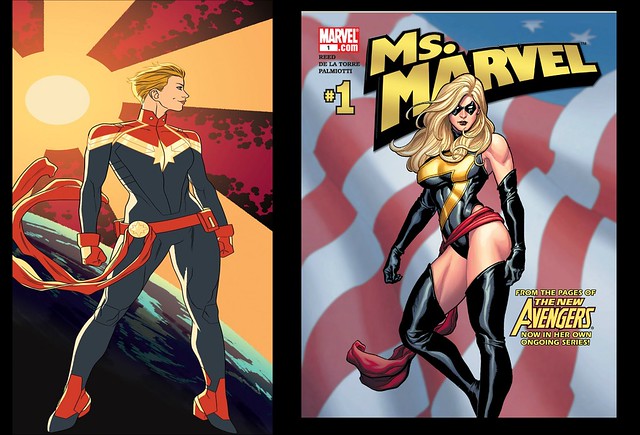 The team is also reneging on previous principles, where they focused on making sure the females were presented as sexy and prohibited them from displaying bruising or physical damage. In Dead or Alive 6 the females will show physical bruising and damage, but will no longer be as sexy, as depicted in the debut trailer. Shimbori describes this as being more about turning Dead or Alive into “fierce fighting entertainment” as opposed to it simply being about “fighting entertainment”.

In fact, the trailer focuses mostly on the male characters, with a brief look at the female characters, who are now far more covered up and no longer jiggle and bounce like in previous games.

The more damning evidence of Team Ninja abandoning the audience that made the game popular is that the Gravure Mode, which allowed gamers to play dress-up with the characters and take alluring photos, is not planned for release. A photo mode is present, but it will be like the typical photo modes present in other PlayStation 4 games.

Some people have attempted to blame e-sports for denigrating the design philosophy for Dead or Alive 6, especially since censorship had to be applied to the broadcasts of Street Fighter V on ESPN. However, given that Shinorbi has admitted that they’re following the trend of American media – which is almost entirely are based on Liberal influences – then it’s safe to say that this is definitely a win for the Social Justice Warriors.

It looks like Team Ninja is completely abandoning their entire audience who supported them with their previous sexy-outings, even in the face of SJW attacks and media tirades… especially with Dead or Alive Xtreme 3.

Dead or Alive 6 is due out in early 2019 for Xbox One, PS4 and PC, and it will support 4K resolution on PC, along with PS4 Pro and Xbox One X enhancements.

Some gamers are vowing to boycott the game if the boob physics don’t return. Other gamers have already resolved to pledging their support to SNK with the upcoming SNK Heroines: Tag Team Frenzy, and Bandai Namco with Soul Calibur VI, both of which still feature sexy female fighters and lots of boob physics.