Vostok Games released some new screenshots for the upcoming Battle Royale survival game themed around the radiation-drenched Chernobyl in Ukraine. The new screenshots are based around some PvP and PvE action, showcasing the dystopian environments that players will be traversing and exploring while attempting to survive against 99 other players.

The hook for Fear The Wolves is that the radiation levels will vary per area and will spread around randomly, forcing players to stay on the move and use their resources to gauge when radiation levels are too high. The mechanic is similar to how the radiation zones in S.T.A.L.K.E.R. worked, which makes sense given that Vostok Games is composed of former GSC Game World developers who worked on the S.T.A.L.K.E.R. franchise. 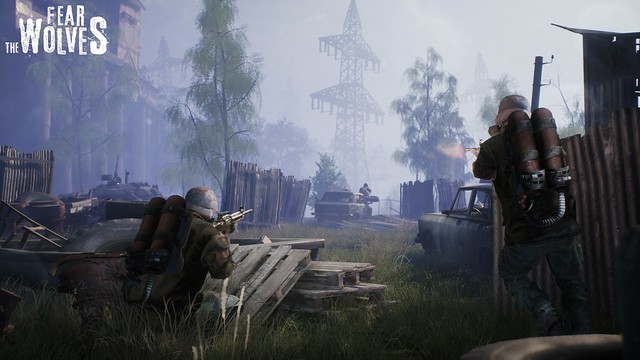 Unlike other Battle Royale games where the only enemies are other players, you’ll also have to face off against deadly anomalies and dangerous weather, along with dealing with mutated and vicious creatures, along with rabid wildlife.

In a way, this could be one of the few Battle Royale games that actually manages to stand out enough to warrant some worthwhile attention, since instead of being just another PvP game, it’s more of a PvEvP game.

As showcased in the screenshots, you can see that there’s a wide variety of different locations to visit within the sandbox environment. 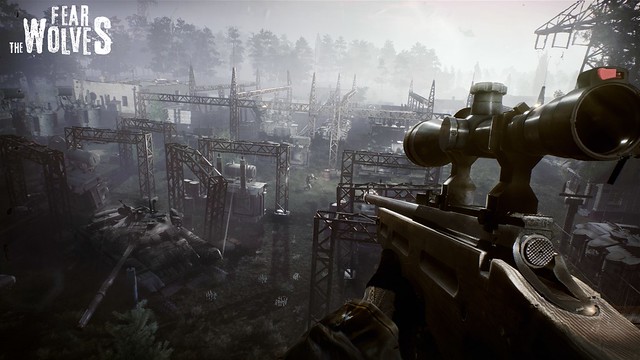 You’ll venture through the ravaged remains of a power station, where broken-down tanks and crooked steel frames work as both visual cues to the history of the area, as well as providing great cover fire for when a sniper is about to put a 7.62mm round smack dab in your unprotected arse.

Another shot gives you a brief look at some of the homestead areas that can also be used to launch an assault against other players, or as a staging ground for a makeshift ambush. 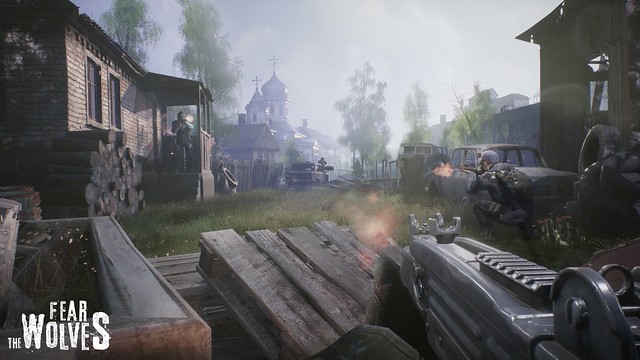 The next screenshot is one of my favorites, as it shows a duo of players making their way through what looks like a train graveyard. Large foreboding structures loom overhead with rusted steel belts stretched across the treeline while the skeletal remains of a once active supply convoy melds uncomfortably into the grassy earth beneath it. Barrels are stacked unceremoniously throughout the supply yard, but are more obstructive than helpful given that in the image below the barrels blockade the players from making a quick getaway.

And why, might you ask, would they want to make a quick getaway? Because some large, hungry, sharp-toothed wolves are on the prowl, and it looks like the player’s partner isn’t going to make it out of the situation alive given that he’s being stalked harder than both Sandra Bullock and Taylor Swift combined. So you know that’s some hardcore stalking going on. 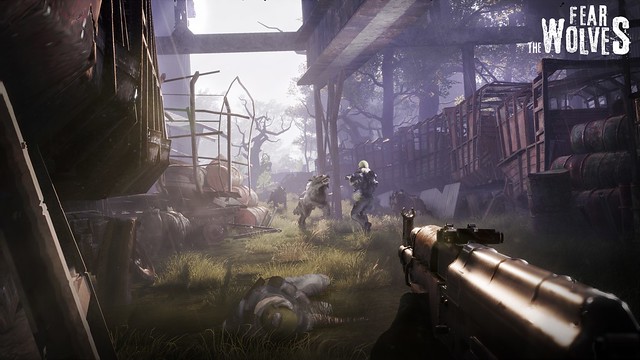 One of the sexier shots from the game is based around a supply drop. We see a stack of crates on a wooden palette coming down with two expanded parachutes. The wind waves the airdrop from side to side, while the more spectacular element resides just beyond that in the distance.

We see a sparkling display of anomalous activity taking place among the twisted titanium carcass of old electrical towers.

It’s a real interesting sight to behold, and it would be cool if it looked just as dynamic during the actual gameplay, but I wouldn’t hold my breath until I see some actual in-game footage. 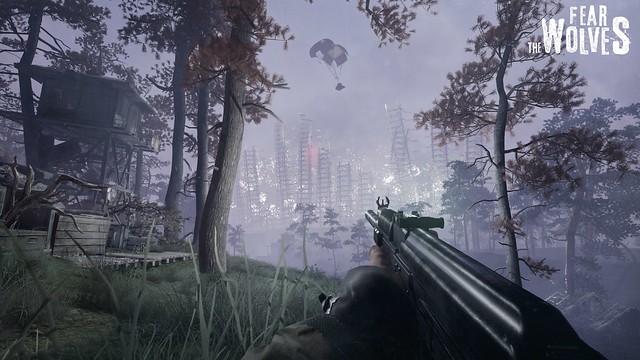 Speaking of in-game footage… Focus Home Interactive has plans on showcasing Vostok Games’ Fear The Wolves at this year’s E3 event as part of the 2018 line-up. The game is scheduled to appear in Early Access on Steam this summer, while a release for PS4 and Xbox One is scheduled to take place after the PC version is wrapped up nice and neat.

You can look for more info on Fear The Wolves by paying a visit to the game’s official website.