Ripstone Games announced tha the Kickstarted turn-based tactical RPG, Achtung! Cthulhu Tactics, will launch on PC along with the home consoles this fall. The game will be available on PS4, Xbox One and Nintendo Switch.

Achtung! Cthulhu Tactics is part of the five-year anniversary for the tabletop game, bringing the physical game to life for gamers who enjoy electronic entertainment.

Celebrating the announcement for the upcoming home console release of the game is a brand new gameplay trailer, showcasing what gamers can expect from the turn-based title due out for later this year. Check it out below.

The game centers around allied troops from “diverse” backgrounds coming together to fight against the Nazis and their Cthulhu overlord.

The combat in the actual game is very similar to Firaxis’ XCOM games… derivative, in fact. You move your troops around, finding cover, executing tactical flanks, and attepmting to overthrow the enemy in each map. 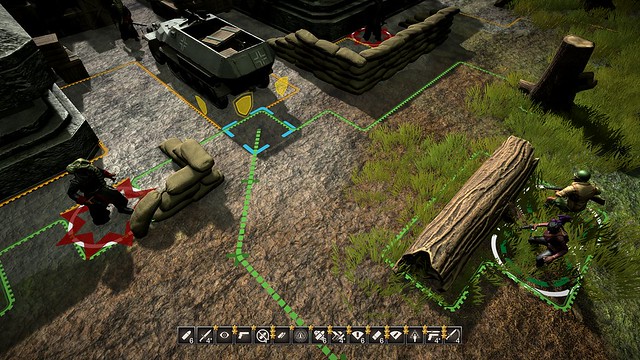 Stages will take place both outside and inside, giving you a variety of tactical scenarios to deal with, along with a number of cosmic-horrors to battle against as they aid the Nazi army.

It seems a little tired to keep going back to the Nazi well. This game needs to be careful with its promotion because a lot of people are seemingly fed up with having Nazis as enemies, as indicated with the poor sales of Wolfenstein II: The New Colossus. Combining anti-Nazism with pro-Communism sentiments really didn’t help either.

In this case, Achtung! Cthulhu Tactics could lure in gamers looking for an XCOM-style game with a Cthulhu twist, assuming it’s done right and done well. I suppose we’ll find out this fall.

For more info feel free to visit the official website.