YouTuber oGVexx started a basic playthrough playlist of the game, which you can check out below.

Once you boot the game up you’ll have only three options at the start, including start the game, load the game, and mess around with the options.

Once you start the game there’s a short cinematic where the character Sonia – complete with some big jiggly titties – will invade the Gaelritz Prison. The cinematic isn’t long and once inside the game you will take control of Sonia using the left analog stick. Pressing ‘X’ on the PS4 DualShock will allow you to open chests, while pressing ‘A’ on the Xbox One controller will allow you open chests.

You can alternate attacks between the basic and break attacks to perform combos.

The game will teach you how to make use of some of Sonia’s special attacks early on in the game.

Keep in mind that while you fight, you can’t perform infinite combos. There is a limit to your combos based on your action points, known as AP.

You can also block incoming attacks but it doesn’t mitigate all the damage. Only some of the damage will be reduced. This is more of a tactical necessity if you need to buy time for your AP to recharge.

Follow the pathway through the castle toward the jail where a soy boy named Yuma is being held captive. He’ll be rewarded with the sight of Sonia’s thick ‘ole plot.

As is usual with most RPGs these days, use the highlighted marker on the mini-map to follow your objectives.

The tutorial will teach you how to save your game by going to the blue floating orb on the ground.

How To Play Kirika

Kirika is the next character introduced into the game, utilizing long-range attacks and healing abilities.

Kirika can fire arrows from across the battlefield, or use long-range magic abilities when you hold down the left bumper.

You can also select the magic healing ability from the skill menu and use the left or right directional pad to select a party member and press ‘X’ or ‘A’ to heal.

After you finish playing as Kirika, the game will switch back to Yuma and Sonia.

During another cinematic a voice will tell Yuma that he’s essentially a weak soy boy and he needs to get strong. After getting a prep talk from Vandelhorn, the Dragon Resonator, Yuma will finally stop acting like a soy boy and will put his latte thoughts aside in order to act like a real man.

Yuma will eventually whip out his sword and begin attacking enemies. He uses wide-sweeping attacks so he gets good range on his sweeps and strikes.

Additionally, keep in mind that Yuma is a slow, powerful character. So if you like heavy, powerful attacks you will like him.

How To Break Enemies

During battles you can you can break an enemy and cause them to become immobilized. Each enemy has a special breaking point where they’re weak against specific attacks. Using your break attacks (the Triangle or ‘Y’ button) while an enemy is vulnerable will cause the target reticule to go from green to yellow to red. When the reticule turns red an enemy will reach its breaking point and will become immobilized.

Fight the dragon and wait for it to cast magic to use the break attacks to whittle down its break gauge and then immobilize it to deal massive damage.

Another cinematic will play, giving an oral and visual history of Alfheim and the battle of the dragons.

After the talking sequence, there’s another cinematic featuring the bad guys and plotting what they’ll do next to get back that soy boy, Yuma.

The game slows way down here like a visual novel. Yuma will then proceed to the castle to talk to King Albert.

After nearly an hour of dialogue, you’ll finally make your way into the exploration phase of Shining Resonance Refrain.

When you move around the world map you can interact with NPCs. Some of them will have double exclamation marks that indicate they have story quests for you.

You can use the mini-map to find the quest markers.

Go talk to the elf Liselotte and she will open up the shop. You’ll be able to buy and sell items to Liselotte using the gold you acquire by defeating monsters.

After you talk to Liselotte it will open up the ability to visit more shops around the town of Marga.

The game will also teach you about the affection meter that will allow you choose different dialogue options. Talking to the characters and raising the affection level will allow them to get closer to you during battle, increasing your overall party battle affinity. You can acquire materials during your travels and bring them to Rapple at the alchemist shop. This will allow you to gather the materials and synthesize new items. You can also use the aspect synthesis to upgrade your equipment, upgrade your dragon, and increase your abilities with Aspect buffs.

You can open up your status screen to check your equipment as well as change and modify your Force Abilities.

You can use the alchemy Aspects to add the gems to your equipment.

When you complete certain tasks, change character clothes, or perform certain tasks, you’ll unlock “Traits” for each of the characters. After you head back to the inn the tutorial will teach you about the Bond Diagram.

The Bond Diagram allows you to change the character traits, and the traits will allow the characters to grow their resonance during battle depending on how they’re setup. You can mix and match traits to render different effects.

Once you get done setting up the Bond Diagram you can check the quest list by pressing in the right trigger. Exit the city and when you get into the plains you’ll finally unlock the world map for Alfheim. How To Use Conducting

When you’re out and about traveling around the world map, you’ll encounter random battle encounters. During battle you can actually direct or conduct your teammate’s attack patterns or defensive measures.

Tap up on the directional pad and you’ll be able to select various combat strategies using the face buttons. You can also alter which of the main party members you play by going into the status menu and then using the party tab to swap the character to the first slot in the party assignment to play as that character.

You can choose to limit their attacking, focus on healing, rely on offensive measures, or you can press Circle on the Dualshock or ‘B’ on the Xbox controller to allow them to “Act Freely”.

You’ll need to follow the nav-marker on the mini-map to reach the main quest location. 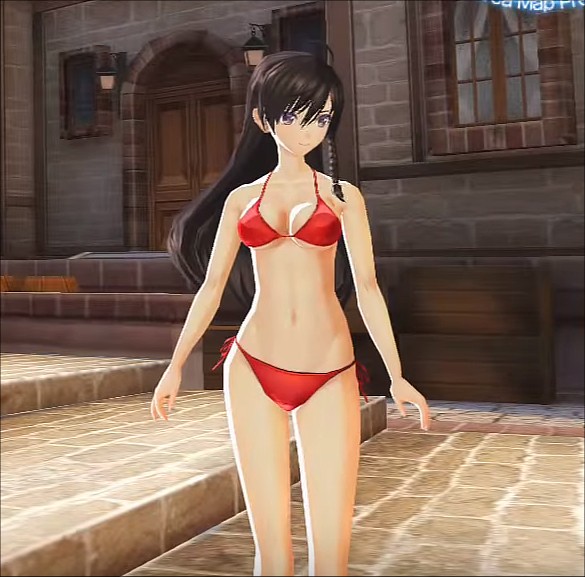 During combat Yuma will be able to dragonshift. When you reach the Griffin the tutorial will teach you how to shift and transform into a dragon.

Hold down the left bumper first and then press the right bumpers to transform during battle.

Dragonshifting will drain your MP over time. You can switch back to Yuma by holding down the left bumper and then press the right bumper.

After you defeat the Griffon boss you’ll need to return to Marga to talk to King Albert.

Once you turn in the quest with the king, he’ll give you another quest to tackle.