When Enthusiast Gaming announced that it had purchased The Escapist Magazine and reinstated Russ Pitts as the editor-in-chief, the first thing Pitts did was make a post declaring that they would be “leaving politics at the door”. This was taken with much glee and excitement from the gaming audience, as they’ve grown fatigued and tired of all the politics ruining video game news coverage as of late.

Well, some people began questioning Pitts about the sincerity of the statement when The Escapist rehired Bob “MovieBob” Chipman, who has been discussing lots of politics, Leftism, and eugenics on Twitter. 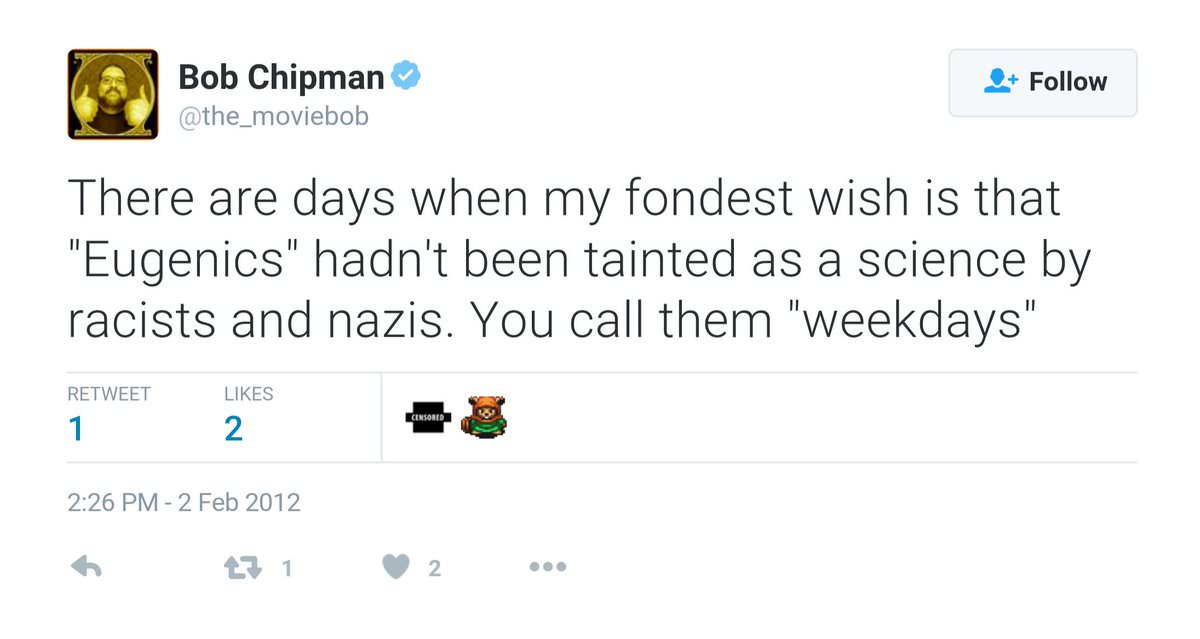 Game journalists were angered about the idea of The Escapist leaving politics at the door, while gamers were hoping that Pitts would clarify his statements.

Well, Pitts went onto the Molehill Mountain Podcast on July 28th, 2018 to discuss the state of The Escapist and what he meant about leaving politics at the door.

Just after 17 minutes in, Pitts discusses The Escapist and how it turned into a support site for Conservative provocateur Milo Yiannopoulos and the Alt-Right, saying…

“The response has been mostly good, mostly curious, and mostly wondering what we’re going to do about The Escapists’ last chapter, which was very much colored by GamerGate, the Alt-Right, my former employer who was a surreptitious Alt-Right operative who now – believe it or not – is the CEO of Milo Inc., which is the company founded by Milo Yiannopoulos, who was formerly with Breitbart [and] very much a provocateur.

“There was a period of time at The Escapist – when my former boss was still in charge there – that he was secretly feeding information about games journalists to Breitbart, using e-mails of people who worked for him, and this information would then go to Breitbart, and then Breitbart would then write hit-pieces and target these individuals for harassment, including people who worked for The Escapist.

And this is the thing that has been difficult for the past seven years or so, is that I was at Escapist, my wife Susan was there after I left, and we were all friends, and we had a lot of friends who were there that ended up leaving. Two or three or four of us knew what was going on, who were close enough to the leadership of The Escapist to see how this person was using their position of power to further their extremist politics. We would try to tell people that that was happening. We would try to tell people that this guy who ran The Escapist was like a top advisor to Milo Yiannopoulos. And nobody believed it. Nobody would take it seriously. Anybody who knew him [would say] ‘nah this guy can’t be that weird’, but it was like ‘no, believe me, this is a thing that is actually happening.’”

Pitts essentially painted the upper management of The Escapist as being Alt-Right savants using The Escapists as a platform in which to inculcate and lure in members of the Alt-Right, and evangelize to them through the web portal.

Pitts goes on to reiterate claims made by other journalists that The Escapist was a breeding ground for the Alt-Right and a recruitment tool for the political sect, saying…

[…] And it’s actually become clear multiple news outlets have now put this man’s name in print next to Milo as the CEO of this company – the guy who holds Milo’s wallet and tries to talk him into buying $60,000 silk jackets. The dots have now been connected, and some people are suddenly going ‘oh my gosh that’s kind of nuts!’ and yes it is kind of nuts, and I hope now explains what happened at The Escapist… that it was allowed to turn into a very extremist video game outlet, and a breeding ground and a recruitment tool for Alt-Right operatives.

“And yeah it earned a pretty bad reputation. It bled talent like crazy. It bled advertisers like crazy. The industry shunned The Escapist. And that’s the state that it was in when it was spun down… effectively when my partners and I bought it.”

Pitts then circles back around to what he was talking about regarding “leaving politics at the door”, and states that the politics being left at the door was the politics from The Escapist during #GamerGate, where the coverage on the site was largely inconsistent, varying from neutral pieces to anti-#GamerGate, to anti-gamer pieces, like the one from September 25th, 2017 proclaiming that “Gamers are Still Dead” from Taylor Hidalgo. 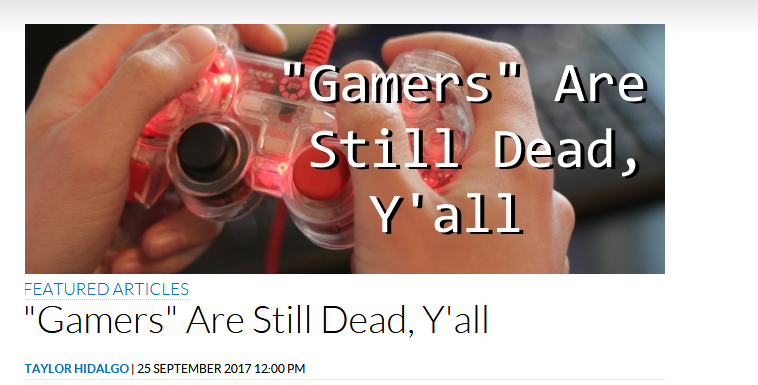 According to Pitts, it was any Right-leaning content that they had to move on from, though. He never addresses the anti-gamer sentiments expressed from the site, saying…

“That said, things happen. Politics are everywhere, almost everything happens from the industry point of view is political. There’s a political take on it, and we’re not going to shy away from printing a political take, but that’s not going to be the order of the day. And any particular writer or editor’s personal politics are going to be largely irrelevant with how I feel with them, or working for us and covering any story.”

Later on in the interview they discuss whether or not the new management will be nuking the forums and starting from scratch, or if they’ll keep the forums and the users still active on it. According to Pitts, he does not want to completely nuke the forums, but he does note that there will be much heavier moderation this time around, saying…

“I won’t say anything I have to walk back, because that’s still being debated and discussed.”

[…] We’re going to have to moderate [the forum] very thoroughly, whether we start from scratch or not. The big mark for me against nuking [the forums] and starting from scratch is that we don’t want the community who stuck with us for so long feel like we’re throwing away their contributions.”

Hopefully this lets people know exactly where Pitts stands on The Escapist and how they viewed the politics during the last few years of the site’s functionality since #GamerGate occurred.