So some big news dropped at this year’s TennoCon, which seems to be getting bigger every year thanks to the community constantly sticking around and the game itself growing in size and scope. The latest news to come out of the big gaming event was that Warframe is coming to the Nintendo Switch soon, and it will feature cooperative online play, and a lot of the game content from the PC, Xbox One and PS4 versions of the third-person, space-ninja action game.

Nintendo rolled out the trailer for the game, featuring just under a minute’s worth of gameplay and cinematics, revealing that many of your favorite Warframes will be available in the game when it launches on Nintendo’s hybrid console that could.

Surprisingly, they managed to pack a ton of gameplay into such a short trailer, they also teased the new space combat that’s inbound, along with giving gamers a look at some of the custom weapons you can build, and the Archwing mechanics.

In addition to coming to the Nintendo Switch, Digital Extremes also has plans on introducing two new Warframes to the roster named Revenant and Garuda, both of whom are pictured below. 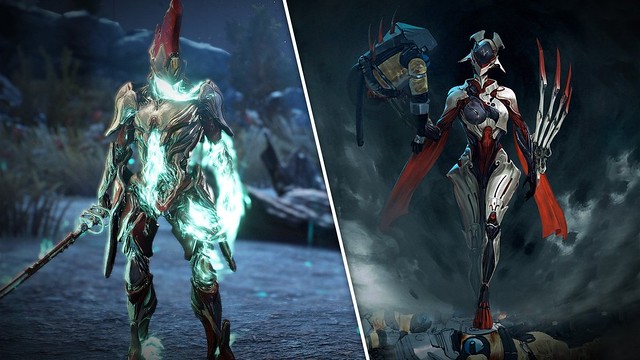 This will extend the roster even further, adding additional ways to play the game and new Warframes to acquire.

Following the reveal, Digital Extremes took to Twitter to explain that the new Warframes will be detailed later this year. It’s unclear if they will be ready in time for the Nintendo Switch launch.

During the #TennoCon2018 art panel, we showed off the next two Warframes — codenamed Revenant and Garuda!

Basically, fans of Warframe will have a lot to look forward to in the upcoming patches, and will have plenty to do even while on the go with the Nintendo Switch version of the game.

Digital Extremes seem to be moving in the complete opposite direction of Bungie and Destiny 2, which has basically become nothing more than a shell for microtransactions and uninteresting storylines.