Hollywood’s craze with feminism is front and center in the new poster for the upcoming reboot-sequel for Terminator. I’m not sure what the film will be called because it’s trying to retcon some of the movies and squeeze itself in between others, and well, it already seems like a canonical mess. Anyway, the official Twitter account rolled out the first major poster for Tim Miller’s film featuring Linda Hamilton, Natalia Reyes and Mackenzie Davis.

You can check out the tweet with the image below.

I have no idea what they expected people to think about this. They name drop Tim Miller as if that’s supposed to make everything okay, but the poster itself looks… uninspired.

I don’t know where Reyes or Davis fits into the story, and it’s impossible to get excited about them when we don’t know who they are or why we’re supposed to care. Usually when we get a still image or poster for a film it features the lead characters doing cool poses. In this case, the only person who has any narrative weight to their role is Linda Hamilton.

Maybe someone should have given them a heads-up about maybe detailing the movie or the characters first? The only thing they seem to be focusing on in the photo is that the film will star three females, which in no way inspires confidence in the quality of the film if the focus is going to be on gender politics. 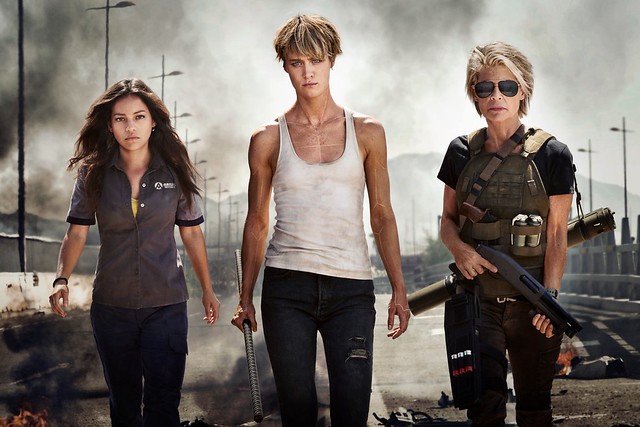 To make matters worse, the last Terminator film, Terminator: Genisys, was gosh awful. It was more feminist pandering propaganda where Sarah Connor spent her time talking up her female empowerment privilege while treating Kyle like a dolt. The movie was all kinds of awful and I have no idea who they thought they were catering the movie to but it certainly wasn’t the kind of people who originally enjoyed the first two Terminator flicks.

Anyway, to briefly talk about the poster… there’s nothing about this that says anything about Terminator. If Linda Hamilton hadn’t been in the photo I would have assumed it was just some generic all-female action flick. In fact, it looks like a poor woman’s set photo from one of Michael Bay’s Transformers films… just without any of the cool Transformers. 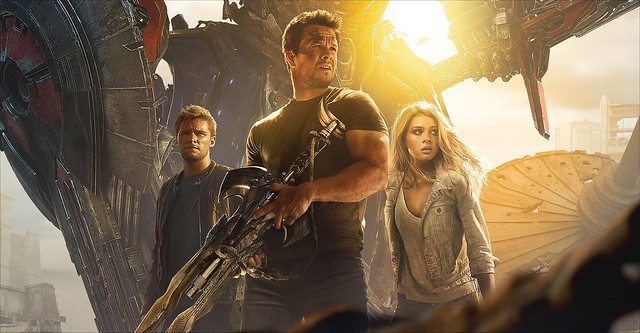 Now some of you might be thinking I’m being overly harsh with this “We don’t know anything about the film!” you’ll say, and “Just wait until the trailer!” you’ll say. And maybe you have a point… but based on the recent franchise history I have no reason to have faith in the Terminator franchise, and this poster doesn’t really inspire any kind of glee or excitement.

I don’t know who two of the characters are, and they haven’t established them at all so I have no reason to be excited to see them on the poster. And the media running around talking about feminism and girl power doesn’t help matters, as I tend to doubt any Terminator fans want to slog through another feminist agitprop outing in the sci-fi action brand, and they haven’t detailed any reason as to why Sarah Connor is all armored up, and what the deal is with that other chick with the markings all over her body.

But I wasn’t the only one disappointed with the poster. Most of the comments on the official Terminator Twitter feed also railed on the poster, too.

Oh… didn’t know this was supposed to be a parody.

And the thread goes on in that matter ad infinitum.

Anyway, the new film is due out next year on November 22nd. Based on the poster I don’t have much hope.

(Thanks for the news tip Hawk)