Kizami Fans Club and Banana Split have launched the gravure idol product, Play With Kizami on Steam. It’s not much of a game but it does contain a picture gallery featuring lewd images of Kizami for $2.99. During the first week of being on sale, the product is marked down by 25% off, so you only have to pay $2.24.

In total, you can get the software and all the DLC for just $6.

There isn’t a whole lot of content in the title, though. You’ll go through a series of photos with some Chinese text under them, and some of the photos will get quite lewd. 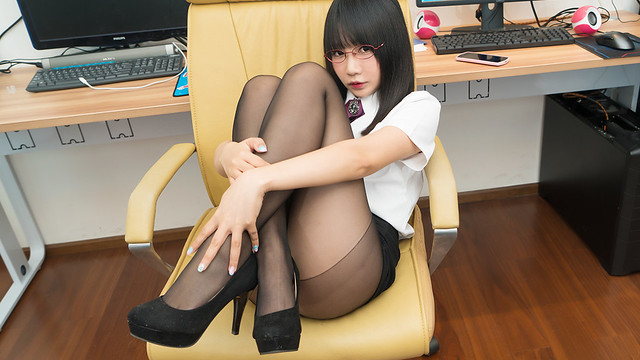 It’s like softcore gravure but without any of the actual nudity.

It’s for this very reason that not everyone enjoys Play With Kizami. In fact, there’s a mixed user rating on the Steam store right now because some people feel that seeing a hot Asian chick dressed down into her tighty whities is enough to pay just a couple of bucks for it, while others feel that paying for that level of titillation is a crime against the laws interwebs:

Thou shalt not pay for pr0n.

Either way, some people enjoy it and some people don’t. You can get an idea of what PLay With Kizami is like with the trailer below.

The fact that this launched before Valve’s adult filters have been put into place makes it all the more baffling as to what’s really going on at Valve.

I’m sure some gamers don’t mind so long as they get to see some hot lewdness. Heck, Valve is also really stepping outside the boundaries with movies like A Lonely Cow Weeps At Dawn, which is about a naked Japanese chick who gets treated like a cow and has her titties milked. I’m not even joking; there’s even an active store page on Steam for it.

I’m guessing someone at Valve had a fresh sip of some darn good lemonade over the summer and developed a taste for some spunk and spice that only comes from the tawny citrus.

Anyway, you can grab a digital copy of Play With Kizami from over on the Steam store.