During this year’s EVO, Tekken 7 producer Katsuhiro Harada took to the stage just ahead of the Top 8 finals for Dragon Ball FighterZ and announced that Tekken as a series had sold 47 million copies to date. Although, they don’t reveal what the specific sales are for Tekken 7. The last figure we had regarding sales was the 2.5 million number that was reported back in December of 2017. Harada also revealed that for this year’s EVO, attendance for Tekken 7 was 20% higher than the last EVO showing.

Harada wasn’t just there to brag about sales and attendance, though. The producer also introduced a number of character reveals for the second season of Tekken 7, including Wei Wulong and Anna Williams, two fan-favorites that gamers have been begging for since the launch of Tekken 7.

The real surprise was the introduction of Negan from The Walking Dead as a playable character in Tekken 7. We didn’t get to see Negan in the game but he was teased as one of the six characters set to debut during season 2.

The video first introduces Anna taking on Nina, dressed in a Gothic getup with some sexy tights and a lot of ruffles.

Many of her moves from the previous Tekken games make a return, but we don’t see many of her catch and grabs, but there’s plenty of time to see that stuff in action.

The one reveal that got the biggest reaction was Lei Wulong… my main.

I’ve had to settle with Law for the time being, but with Wei back in the fold things are about to heat up. Lei’s biggest advancement as a character was the introduction of multiple kung-fu styles in Tekken 3. They’ve been a game-changer for Lei because it allows him to adapt to nearly every fighter on the roster. Thankfully, all of Wei’s styles make a return, and I already know who my new main will be. 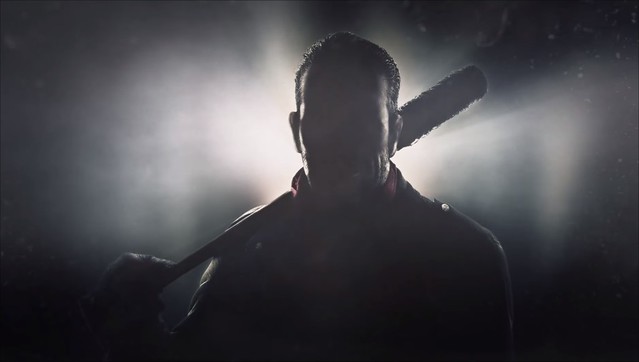 The big reveal, however, was the addition of Negan. This is a character that no one saw coming. I wouldn’t say that the reveal comes at a perfect time, but I would say that it comes just before AMC’s The Walking Dead is about to implode as the main character is making his exit from the series.

We don’t get to see Negan in action at all, but we do get to see his silhouette and the logo.

Negan, Anna, and Wei will be be part of Season Pass 2, so look for that to kick off “soon” for the Xbox One, PS4, and PC.