Whenever there’s a blockbuster movie you can nearly be guaranteed that there’s going to be a cash-in movie-game based on Hollywood’s licensed property. Likewise, if there’s a blockbuster game that makes billions of dollars and has managed to breach the mainstream’s attention, there’s likely going to be a (terrible) movie based on that game. Weirdly, though, in this rare case Hollywood decided to tap the mid-budget sector and pick up the rights to the AA title from Dontnod Entertainment and Focus Home Interactive called Vampyr.

The game just came out in mid-2018 with decent review scores and okay sales. Surprisingly, though, Fox21 secured the rights to the property and have plans on producing a television series with the help of Wonderland Sound & Vision and DJ2 Entertainment group.

It might seem like an odd pairing, but the reality is that this sort of partnership was primed well before Vampyr was released onto the marketplace. According to DJ2’s CEO, Dmitri Johnson, it was actually Life is Strange that helped open the door for turning Vampyr into a television series, mentioning in the press release…

“The DJ2 team loves the creative vision DONTNOD & Focus devote to all of their projects. The great relationship we’ve built with them since partnering on their incredible game, LIFE IS STRANGE, allowed us to get on board for VAMPYR well before its release. Like them, we’re excited to collaborate with our friends at FOX21, Wonderland, and the rest of the creative team we’re assembling.”

Funnily enough, I actually think Vampyr could work better as a TV series than it did as a game. It followed World War I veteran Dr. Jonathan Reid, who returns home to a plague-ridden London only to be bit by a vampire. After succumbing to vampirism, Dr. Reid mistakenly murders his own sister and becomes a hunted fugitive by the policemen and a secret society of vampire hunters known as the Guard of Priwen, led by an uncompromising fellow named Geoffrey McCullum. 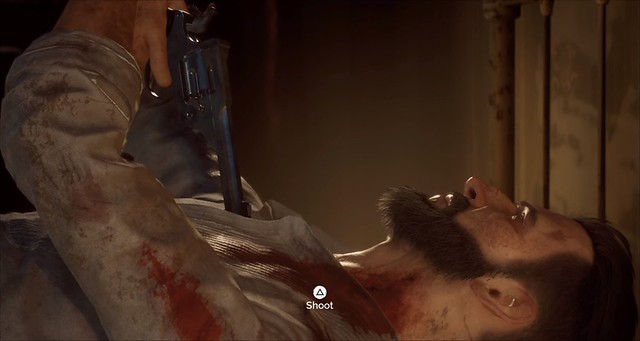 Dr. Reid attempts to subdue his lust for blood while attempting to solve grizzly murders happening in the downtrodden areas of London where the Spanish Flu has become a rampant, uncontrollable disease. However, another disease also plagues London, turning victims of vampirism into hideous mutant beasts.

While the premise was wholly unique and the world-building was rich, as a game it definitely left something to be desired since it wasn’t quite as satisfying in the combat department as Bloodborne, and there wasn’t quite enough linearity in the story to make players feel like what they were doing was poignantly necessary or crucial for the narrative task(s) at hand. In fact, many of the characters introduced and the way the world was setup actually did seem better suited for the narrative structure of a TV show rather than a game.

This might even be one of those rare situations where the television show ends up being better than the game.

There’s no time frame on when we can expect to see Vampyr realized on the small screen, but it’s currently set to go into development, so we’ll likely find out more when 2019 rolls around.

Vampyr the game is currently available right now for Xbox One, PS4 and PC.