The National Center On Sexual Exploitation has had Valve in their sights since last year when the organization came across House Party . The organization led a campaign against the game until Valve had the game briefly pulled from the Steam store until the developer censored the game. Valve began cracking down on games throughout the later half of 2017, preventing developers from talking about, discussing, or directing users to uncensored patches for games. Throughout 2018 Valve had a change of heart and decided to implement adult filters instead, allowing gamers to purchase adults-only games if they modify the filter settings in their profile. This didn’t go down too well with NCOSE.

According to the Christian Post, NCOSE expressed discontent with Valve’s decision to utilize adult filters, calling it “unacceptable. Dawn Hawkins, the executive director of the National Center on Sexual Exploitation, stated…

“Steam is willfully contributing to the cultural objectification of women with this game. It normalizes the idea that men have the right to control and abuse women according to their will, something that ought to be socially unacceptable particularly in this #MeToo era,”

According to a report from Dr. Christopher J. Ferguson from 2009 about aggression and violent behavior, they haven’t been able to find any links that suggest pornography leads toward sexual assault, rape or objectification in the way that NCOSE infers.

The organization originally caught wind of the news about Negligee: Love Stories finally launching in its uncensored state on Steam, which features a wide array of sexual encounters between males and females and two females. 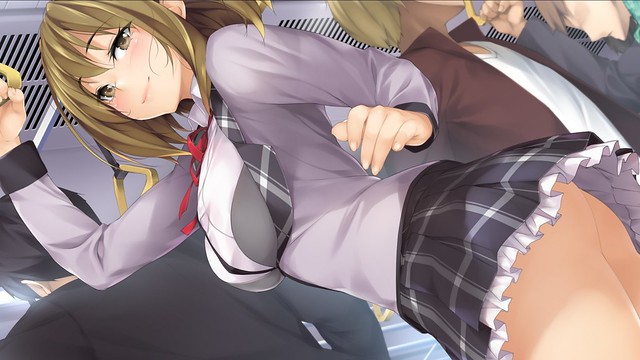 The Christian Post notes that Hawkins further explained why the decision to allow adult games on Steam is bad, with Hawkins saying…

“Steam’s lack of effective content filtering results in easy access to extremely graphic content by 35 million minors who regularly use Steam. These types of games also train undeveloped minds to normalize sexual objectification and use of women,” […]

“We are calling on Steam to reconsider the types of content they allow on their platform to protect users from degrading and harmful content,”

Actually this is incorrect.

Valve made it where there are three filter settings, including one for general mature content that requires you to put in your age to access the page, another option that filters out violence and gore, and a third filter for games with strong sexual content that could be classified as Adults Only. Games that fit into the third category aren’t even accessible unless you’re logged in, as depicted in the image below.

Not only that, but the filters are on by default, so the games containing content that would classify them as Adults Only are excluded from search results or from appearing on the store page. In order to access those games you have to change the user settings so you can actually see those games.

In this case, by default most people will never know that a game like Negligee: Love Stories or other adult-oriented visual novels and dating sims even exist.

When Romney failed to grab the Presidency the organization changed its name from Morality In Media to National Center On Sexual Exploitation. They also began adopting the rhetoric and tactics of the Left to capitalize on media attention and social media clout, which actually worked. They did manage to get enough media organizations to pay attention to them to finally get Valve to bend the knee and briefly ban House Party until the developers censored the game.

However, with the new filters in place there’s no longer anyway for non-Steam users to see games with content that classify as Adults Only, and with the filters on by default, the search results and store page will no longer show these games unless you purposefully disable the filters, meaning that the only way to encounter “offensive” content on Steam is to go looking for it… purposefully.