Whilst I love Paradox Interactive’s ambition in bringing Cities: Skylines to the Nintendo Switch, playing it feels a bit like having to pull on a pair of hand-me-down socks that still have a bit of crustiness about them. The PC version is something like a hundred years old, but it remains by far the most complete and comprehensive version of the game. The Xbox One X and PS4 Pro versions are a reasonable second, but even so, the console versions lack most of the DLC and suffer from a considerable technical downgrade.

Then, we come to the Switch version. Cities: Skylines on the Nintendo Switch includes two of the most pointless (and in this case, fairly broken) DLC packs in Snowfall and After Dark, but that’s not the half of its problems. The rest of those are all technical, basically. Graphics? Crap. Sound? Crap. Lag, freezing and other processing glitches as the result of being played on a processor designed for a five year old mobile phone? All here, in stuttering, screen-tearing glory. 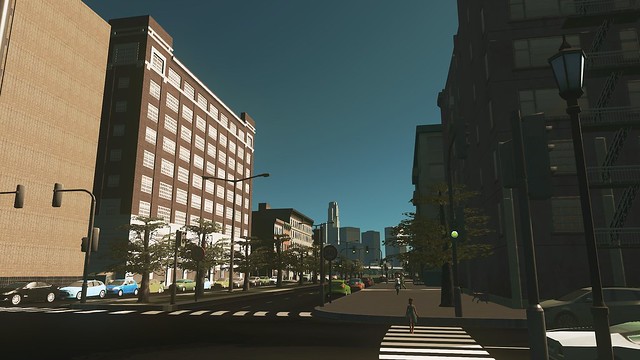 But did you honestly think that one of the most comprehensive and expansive city building games, ported to a handheld console was going to provide you with the same kind of performance as a gaming PC with a 1080Ti, or even Microsoft’s glorified doorstep? Of course it wasn’t going to. What it does do – and I’d say its a remarkable achievement – is deliver the entire, unadulterated Cities: Skylines experience onto your Switch, enabling players to switch between docked and portable modes at any time without interrupting their city building.

This is a hell of a feat when you think about it. For all the moments that I lambast the Switch version of Cities: Skylines because it performs like shit, I appreciate that so many of its technical issues come from the scale of what it attempts to pack in. If you cast your mind back to the PS2 era, console versions of strategy games would often feature drastically cut down gameplay bulked out with crappy, throwaway story beats that were always a poor substitute for whatever was stripped out of the original. 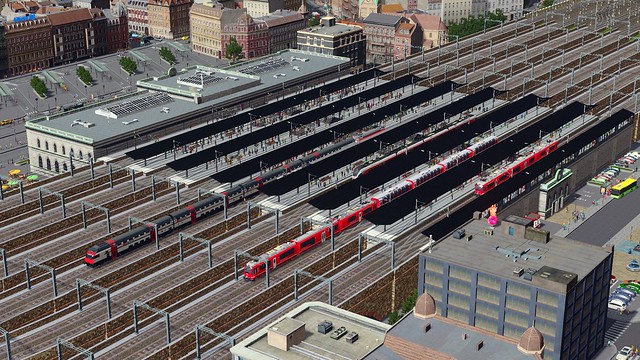 Ironically, the lack of a plot, or some form of compelling driving force is one of the complaints that I’ve always had about Cities: Skylines, and that is certainly not something which the Switch version addresses. You’ll pick a location, switch two or three options on or off and then you’re straight into the thick of it. A tutorial can be toggled once the game begins and whilst basic, it just about serves to get the job done when it comes to teaching players about the basics of city planning, the economy, setting policies and so on.

Just in case you’re not familiar with Cities: Skylines on any other format, it allows players more or less complete control of every aspect of running a city. From planning roads, subways and garbage routes to defining policies, setting up taxes and planning power and water infrastructure, you can do more or less whatever you want in Cities: Skylines. Admirably, aside from a few irritating housekeeping tasks (like demolishing abandoned buildings) you are also free to leave pretty much everything to sort itself out – once you’ve put it in place, that is.

I think that what made Cities: Skylines so popular on the PC is that players could create a hell of a city based on whatever rules they chose, which would often include perfect symmetry and other idealistic goals such as zero roads or whatever. Such things worked on the PC because the keyboard and mouse based control system is much more engaging, but primarily because the PC version looks awesome. Panning and zooming around is no sweat and you can see details such as moving cars or even street lamps from the high above – sadly none of these things can be said for the Switch version, which suffers from appalling pop up thanks to the technical limitations of the host console. 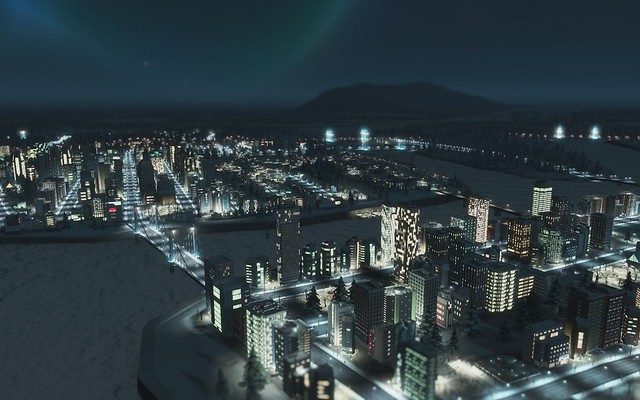 That leaves the Switch version of Cities: Skylines without a killer hook. There’s no story or scenario driven missions to look into and the pure, visual appeal of playing the game is nowhere near as strong as it is on PC. What makes this worse are those DLC packs that I hinted at earlier – take After Dark, for example. Every few minutes of gameplay, Cities: Skylines switches from day to night, which makes it into a near unplayable nightmare. The only way that you’ll be able to achieve anything at night is if you switch to one of the alternate views – which limits what you can achieve about fifty percent of the time.

I shouldn’t complain too much though, because whenever I’ve bought a game based purely on how it looks, I’ve ended up disappointed. On the other hand, when I select games based on how they play, sometimes even if they looked crappy, I’ve generally found myself in a good place. And that, really, is Cities: Skylines on Nintendo Switch. You know this pair of socks is well worn and fairly beaten up, but regardless, they are warm and comforting when you pull them up. There’s no more comprehensive a building sim on the Switch and there likely never will be – if city construction in a portable format is your thing then there’s no reason to hesitate. You should: