[Editor’s note: This is a guest editorial from a longtime gamer, Tristan B.]

I don’t know where to start. I’ve been thinking about writing something like this for some time now. I guess now is as good a time as any.

Some background about me. I’m about to turn 33. I’m Black/Caribbean. I despise the phrase “Person of Color” when it refers to other races. White is a color. Black is a color. WE’RE ALL COLORS, AREN’T WE? I’m a man that’s not politically correct, prefer my games uncut, uncensored and also sits somewhere near the middle of the political aisle. I’ve also been playing video games since I was three-years-old; starting with the NES.

For as long as I can remember, gaming has been a strong staple throughout my life. I bonded with my family and friends through gaming. My father and I playing Duck Hunt together, watching my older brother recording himself on VHS trying to beat The Legend of Zelda and him beating Mega Man 3 in the wee hours of the night in the late 80’s & early 90’s, to my wife watching me play fighting games while I cuss up a storm. I can’t tell you how many positive experiences I’ve had through gaming. It has also helped me through rough patches in my life as well such as deaths in my family, loneliness, having a bad day at work and so on. I do have friends and family that I can count on and I also engage in other activities besides gaming as well. But, I still love it and I’m not stopping anytime soon.

In recent years, I have noticed something going on within the gaming community. There seems to be people out there hellbent on forcibly changing the genre for the worse to appease certain people or to satisfy one’s agenda.

I guess I really noticed some things around 2014; right when the Gamergate stuff started. After some time, I eventually realized that there are people out there, these “Game Journalists” and other hacks that decide to push several agendas (personal, political, etc.) to the gaming platform and have it revolve around them. It’s sad. At one point of my life, I wanted to be one of them. Traveling all over the world, playing games, discussing its elements and explaining to the audience my insights of games, it would have been a dream come true.

I grew up reading EGM (Electronic Gaming Monthly) a lot and the magazine truly opened my eyes to the prospect of Gaming Journalism. Yet, in this modern era of gaming, companies, “journalists” and critics alike are less concerned about the quality of a game and more concerned about “supposed colonialism” in Shadow of the Tomb Raider, lack of diversity in Kingdom Come: Deliverance and pushing for “inclusion” in Battlefield V while DICE, the developer, tells their dedicated fans they are “uneducated.” 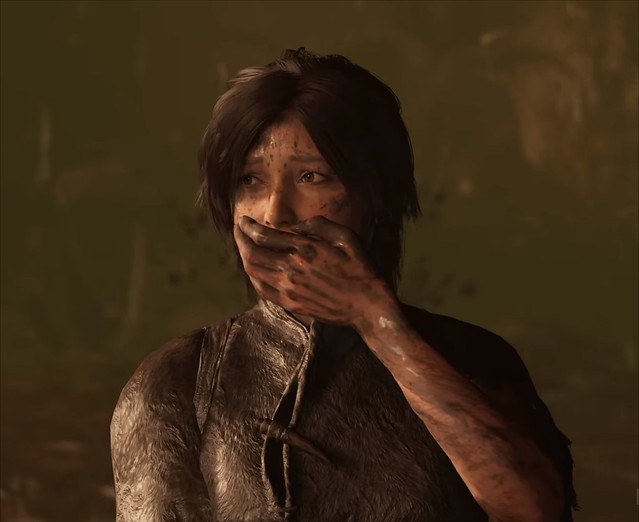 I DO NOT STAND FOR THIS. WHAT’S THERE TO COMPLAIN ABOUT? WHY ARE YOU PUSHING THIS NONSENSE?

In terms of gaming companies, one should only satisfy those who actually want to play and buy your games. Once you give in to the wrong crowd, you’ve already lost. Critics & Journalists, I feel, are shifting their focus more on social issues rather than how the game is and how it should be played. The point of view is supposed to be objective with an individualistic point of view, not taking everything that’s oppressing me and telling other people it’s wrong to think differently of the critic because they have the “apparent”moral high ground.

Throughout my 30 years of playing video games, I’ve realized that the genre is vast and varied. From playing as Kuros from Wizards & Warriors, to playing as a female French spy in Medal of Honor: Underground, it has opened up new worlds of possibility and imagination for me. Gaming in itself is already a diverse, vibrant medium of entertainment. What I don’t need, or rather what most people don’t need, are individuals twisting the medium to their own personal agenda. Issues such as the butts of men in video games ARE NOT IMPORTANT. I.E. In Batman: Arkham City, I came to play as Batman to stop The Joker; I couldn’t care less about The Dark Knight’s ass…LITERALLY. These gaming journalist hacks (Polygon, Kotaku, Zoe Quinn, Anita Sarkessian, etc) always seems to input non-essential issues into gaming and make it a big issue. The most recent example of this is Cyberpunk 2077 by respected developer, CD Projekt Red. The developer was getting attacked because they stated they may not have a “gender fluid” option in the game. Does this take away from the game? NO. Why? Because it’s only part of a character creation process and quite honestly, if they get it wrong then they’ll get crushed on gaming sites, forums and social media. But honestly, anyone who has been following this game for this long time is pretty excited about the game and won’t really care about this gender fluid stuff in Cyberpunk 2077 anyway BECAUSE IT’S NOT EVEN AN ISSUE. This game has been in development for years now and we’re just finally seeing what it has to offer. Yet, you have people who are screaming more diversity in the game. Ok then, LET’S PLAY DIVERSITY BINGO! The protagonist that was recently shown was a woman…an Asian woman. 2 POINTS. The sidekick is a Hispanic/Latino male. 2 POINTS. DID I WIN BINGO YET???

There is no issue about “women in distress” in gaming because there are SO many women that kick ass and are lead roles in gaming. We all just want to play some games without a damn political agenda attached to it. So what if Spider-Man helps the police? Isn’t he doing that by stopping bad guys on his own anyway? Is this a video game or a political podium to express your non-sensical thoughts? So what if there aren’t any black guys in Kingdom Come: Deliverance? It’s supposed to be as historical as possible and the developer, WHICH IS FROM THE REGION WHERE THE GAME IS BASED OUT OF, did their research and look, the game is a hit despite the Social Justice Warrior outrage.

And Cultural Appropriation…this grinds my gears so bad. Nations from around the world have some sort of cultural influence from another country. That’s how we grow as a people. We learn and we adapt. It seems the U.S. is the main culprit behind this cultural appropriation issue. Stealing from others? HOW DO YOU THINK WE LEARN? African Americans weren’t the inventors of cornrows. Slavery affected other races besides African-Americans. A white person wearing a Yukata and a Kimono while dressing as a geisha is not cultural appropriation; hell, Japanese people are honored and happy that other people around the world are taking part in their culture.

I can go on and on. I went off on a tangent here but my point still stands: Critics/Journalists: GROW A BACKBONE. NOT EVERYTHING IS ABOUT YOU AND YOUR SHITTY AGENDA. CARE MORE ABOUT THE PRODUCT AND NOT THE MINOR ISSUES THAT AREN’T AS IMPORTANT. NO ONE CARES ABOUT THE GENDER YOU PLAY IN A GAME. JUST PLAY IT. PEOPLE CARE ABOUT HOW IT PLAYS INSTEAD OF YOU TRYING TO PUSH YOUR PERSONAL AGENDA INTO IT!

Companies: Listen to those who actually care about your product who want it to be better and take the constructive criticism to make a better product. Quit trying to change elements of your for the sake of “inclusion”. It may cost you big in the long run. See Battlefield V for example. You said don’t like it, don’t buy right? GUESS WHAT? You now have 85% less pre-orders this time around. STAY WOKE.

I just want gaming to thrive without the external influence of those trying to push their personal agendas into it. There’s something for everyone and honestly, when someone attacks gaming for these “issues”, I naturally want to say to them…

“GROW A PAIR. IT’S NOT ALL ABOUT YOU. WE’RE JUST TRYING TO PLAY SOME GAMES AND NOT HEAR ABOUT HOW MUCH YOU DON’T LIKE TITTIES IN SENRAN KAGURA OR DEAD OR ALIVE.”