Evenicle Uncensored Version Lets You Hunt For Waifus On Steam

Alicesoft and MangaGamer announced that the uncensored version of Evenicle is now available on Steam after it initially launched in the summer of this year. The game is about a young man who wants to build up a harem of hot waifus, and so it’s up to players to help guide him across dungeons, caves, open plains, and the sea in pursuit of hot chicks and busty ladies.

The story isn’t quite as simple as that, though. In this fantasy world Mother Eve has two rules that all must abide by in order to receive her blessing: no human shall kill another human being, and one person may only ever have one sexual partner.

There’s a caveat to that second rule, though, and it’s a rule that the main hero, Asterisk, hopes to overcome in order to build his harem of hot sexual partners. Essentially, only one who is bequeathed with knighthood can have as many hot chicks as possible, so Asterisk sets out to become a knight so he can get as many wives as he wants.

It’s a noble goal for the young lad, and along the way players will have to battle against other monsters, collect some of the cute monster-girls, and see them in rather lewd poses in order to help encourage the hero to keep on keeping on.

The actual game, however, actual has some meat on its bones, and not just for the hotties you’ll be courting along the way. Evenicle is an actual JRPG with turn-based combat, item acquisition, and a monster collection mechanic. 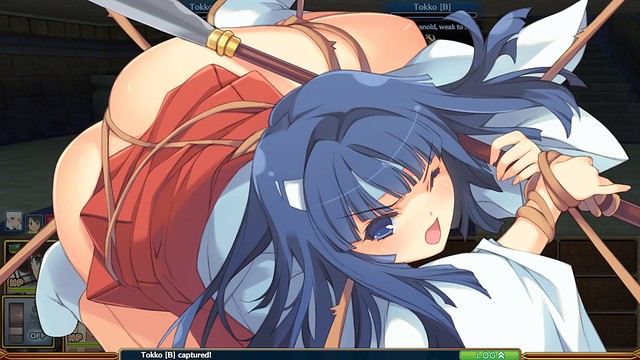 Evenicle is one of the rare H-games where it’s not just about all the skin-baring action on display, it’s also about the tactical action featured in the game as well with some turn-based combat and leveling systems, too.

You can grab the uncensored version of Evenicle over on the Steam store right now for just $44.99.

MangaGamer also announced that the uncensored patch for Fashioning Little Miss Lonesome is available on Steam, along with Eden: Pius + Mosiac.