Sentai Filmworks has been having a field day recently, lobbing tons of classic and new-school anime onto Valve’s digital distribution network, this includes old-school hardcore action flicks like Ninja Scroll, and recent episodic adventures like Food Wars! and School-Live!.

Food Wars! is an action packed show about a teenage chef named Soma Yukihira who gets enrolled in a vicious culinary arts school following the closure of the family diner. Soma must take what he’s learned under the tutelage of his father at the small family business, and attempt to navigate the vicious nature of the new school and everyone trying to become top of the class. 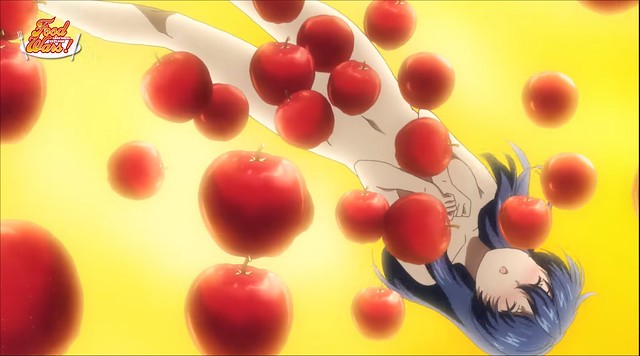 The show originally aired last year in August of 2017. Sentai Filmworks decided to bring the first season of Food Wars! to Steam for $69.99, featuring 24 episodes.

The show – as depicted in the image above – isn’t just about cooking food, it’s also about a bunch of hotties in short skirts with big boobs getting buck naked while food flies around the screen. This is like Senran Kagura: Bon Appetit in the form of an episodic format.

You can check out the full 24 episode season over on the Steam store right now.

But in addition to Food Wars! arriving on the platform, there’s also the mid-2016 release of School-Live!, which follows a young girl named Yuki who absolutely loves her school; it’s replete with solar power, roof-top gardens, a store, and enough amenities to actually live out of it.

School-Live! is available over on the Steam store for $39.99. The first season contains 12 episodes.

Like many of Sentai’s other entries on Steam, both of the shows come with Japanese voiceover with English subtitles. They’re really rocking that sub-over-dub philosophy like a boss.