Ion Lands’ Cloudpunk is a cyberpunk-themed voxel adventure game where you take on the role of a delivery person in the sprawling night-basked city of Nivalis. You’ll encounter a wide range of different characters – ranging from humans to androids – as you explore the vertical limits of the futuristic metropolis.

Blues noted that the trailer had a Blade Runner vibe” to it and once you hit the play button it’s impossible not to see the similarities. The vehicular travel, though, reminds me a lot of Luc Besson’s The Fifth Element. You can check it out below.

The trailer’s narration centers around a Uber-like driver who explains that she lives in the rain among the clouds. The gameplay starts with Rania’s first night as a driver for a semi-legal delivery company. You’ll need to navigate through the aerial highways between the crowded troposphere, just below the moist-soaked stratosphere above.

Don’t worry, though, the game keeps your travel methods along easy-to-follow linear paths, so you don’t have to worry about getting lost among the digital clouds. 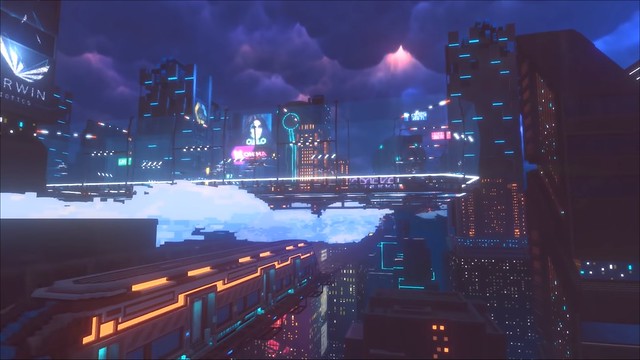 There’s a story centering around a rogue AI, hackers, and a corporate conspiracy, but it’s not the focus of this particular trailer. Instead we see that it’s possible to roam around the city on foot, fly around in the vehicle, and explore the neon-lit jungle of concrete and bright lights.

It’s sad but this definitely seems to capture the cyberpunk feel that I was expecting from CD Projekt Red’s Cyberpunk 2077. The moody, ambient synth playing in the background and the gloomy atmosphere screams technoir. The addition of wetware dives, lo-fi hackers, and not-quite-legal delivery runs carve out the idiosyncratic nature of a cyberpunk story begging for diehard fans to sink their teeth into. 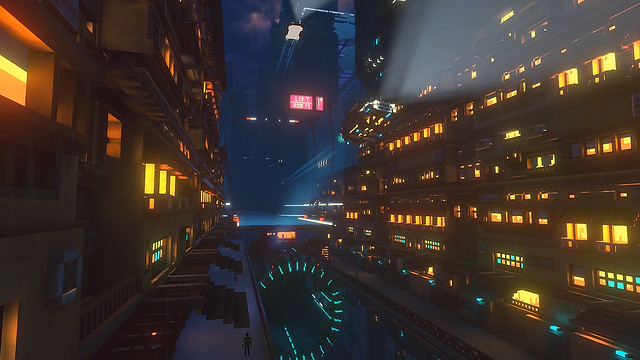 Usually voxel-based games have a displeasing low-quality air to them, but the post-processing effects in Cloudpunk that bring the volumetric lights to life and the awesome depth of field fog really helps map out a visually pleasing identity for the game.

My major worry is over Ion Lands promoting a “diverse range of characters” and a lead who is a female. These two elements have proven to be ingredients for Social Justice Warrior propaganda in the past, but hopefully Ion Lands can steer clear of using Cloudpunk to push agitprop. A really well-told story with great characterization and an awesome atmosphere is something that gamers have been longing for, and in some ways this could end up being the kind of spiritual successor to hardcore cyberpunk games like Traffic Department 2192.

You can learn more about Cloudpunk by visiting the game’s Steam store page. The game is due for release on PC in 2019.