XSeed Games announced that Gungrave VR will be launching exclusively for the PlayStation VR starting December 11th, 2018 next month. The VR shooter game is based on the anime, and as it launches there will be a second DLC episode made available called Gungrave VR U.N. The standalone episode will further expand on the store and content featured in the original Gungrave VR, and you’ll be able to buy each one separately or you can get them in a bundle together for $39.99.

XSeed also confirmed that the game will be available both digitally and physically at participating retail outlets, for those of you who don’t like building out a digital library collection.

Alternatively, if you just wanted the base game, you can get it for $29.99, while the Gungrave VR U.N. episode can be purchased separately for $14.99 from the PlayStation Store.

The dual-trigger shooter attempts to combine hardcore first-person action with third-person dynamic action sequences. I don’t know how well that’s going to work out for those in-game, but at least Iggy Mob and Red Entertainment decided to step outside of the comfort zone of VR shooters and try to mix things up by adding different perspective, dynamic dodging like Max Payne, and some anime-influenced combat sequences. It’s a risky venture, but nothing risked is nothing gained.

Obviously, the more pressing matter at hand is whether or not niche VR owners and core PS4 gamers will be willing to lay money down for a PSVR exclusive amid the current catastrophe that is Sony’s new PS4 censorship policy. 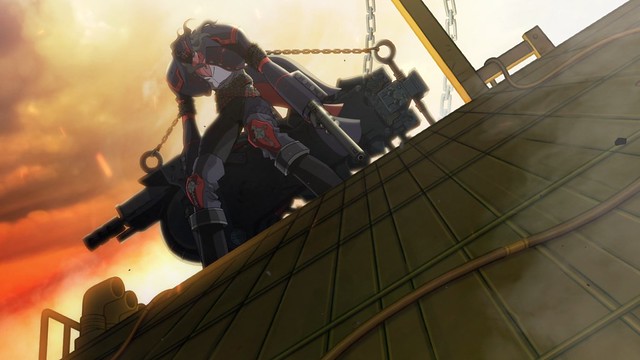 Plenty of gamers are bailing from the PS4 brand to support PC or Switch releases that are uncensored, while Sony forces developers to censor and remove content from PS4 releases.

The worst part about it is that the smaller developers and publishers are the ones who will suffer the most from Sony’s new machinations. Anyway, if you were interested in Gungrave VR for the PlayStation VR, you can look to get your hands on it starting December 11th.