IO Interactive and Warner Bros. Interactive Entertainment’s Hitman 2 and its Denuvo DRM was cracked by FCKDRM three days before release. Nevertheless, YouTubers have been consistently keeping to the schedule of rolling out new content like clockwork. For gamers interested in getting through each of the missions, there’s a gameplay walkthrough available.

Hitman 2 for the Xbox One, PS4, and PC features the same kind of sandbox gameplay that gamers expect from the title. There’s a playlist featuring the missions from Shirrako that you can check out below.

Hitman 2: How To Play – Controls

First thing is first: the controls. You’ll use the left analog to control Agent 47 and the right analog to look around.

Use Triangle on the DualShock or ‘Y’ on the Xbox controller to pick up items or interact with items.

Use Circle on the DualShock or ‘B’ on the Xbox One controller to take cover or drag a body.

You can use ‘X’ on the DualShock or ‘A’ on the Xbox One controller to vault or take disguises.

You can run using the left bumper or press in the right thumbstick to crouch.

You can fire projectile weapons by holding down the left trigger to aim and the right trigger to shoot.

Your first objective is to get rid of the cameras around the house, and then proceed to find intel on the Shadow Client.

You can shoot all the cameras around the house to prevent yourself from being seen or recorded. 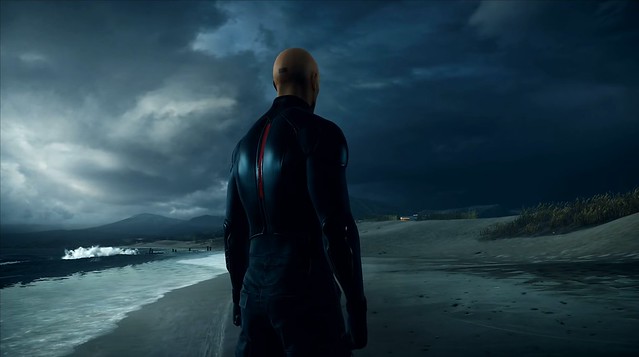 Use the garage power box on the side of the house and disable it and then use the garage switch to open the door.

Open the van door, check the gear and then move through the house, go upstairs, and access the computer. Use your instinct to check for hidden panels. Interact with the painting to enter into the secret room. Take the dongle with the password on it and you can also grab a weapon from the weapon rack. Also destroy the security system blades to erase any evidence of 47 on video.

Interact with the laptop, which will trigger a cinematic and add a new objective to the list. You’ll need to eliminate Alma Reynard.

Alma moves around the house but is located mostly in the lower floors.

She sticks around Orson. You can either kill them both or attempt to lure them upstairs.

From there you simply need to get back to the boat and exit the stage by getting to your boat. You can either kill the guards who found your boat, or you can distract them to lead them away from the boat.

You can sabotage the vehicle or shoot to get their attention, or you can just sneak up on the three mercenaries and do what 47 does best.

ICA is attempting to curb the shadow client’s mercenary war against the Illuminati group known as Providence, which has caused global panic due to the mysterious shadow war events.

Agent 47 is sent to take out Providence defectors and robotics savants, Robert and Sierra Knox.

You’ll have multiple ways to take out both Sierra and Robert.

In order to get into the race the security will have to pat down 47, so make sure you don’t have any weapons on you.

If you decided to bring weapons into the area it’s important to have them stashed at one of the locations.

You can attempt to get into the pit by following one of the pit crew members and subduing him and taking his outfit, or you can wait for the race to end and kill Sierra while she’s not surrounded.

Follow the crew member to the porta potty and then wait for him to enter into the employee-only area before subduing him and then dumping him in the trash can; you may have to do the same for any pesky security guards that enter the area. If a guard does enter you can use Square on the DualShock 4 or ‘X’ on the Xbox controller to knock him out.

It’s actually in your interest to subdue a guard because they have event keys that will allow you to access just about any door within the stadium.

Go into the inner stadium and use the ID card that you nicked from the pit crew member on the key card reader on the side of the door leading into the pit area.

While you’re in the pit area you have three ways to sabotage Sierra’s car:

Use a pneumatic wrench to loosen her tire.
Use sugar in her gas tank.
Apply a remote explosive on the car.

You’ll find the pneumatic wrench in the room to the left of pit crew headquarters. The wrench is on the table. Take it and head to the pit headquarter and then hold down Triangle on the Dualshock, or ‘Y’ on the Xbox One controller to prepare for the pit stop.

There are a few other alternatives, but if you’re short on weapons, it’s the best alternative.

As for Robert Knox, one of the best ways to get rid of him is by using a screwdriver on the prototype car in display at the exhibition center.

You’ll find the screwdriver in the security maintenance room on a console next to the desk with the monitor on it. 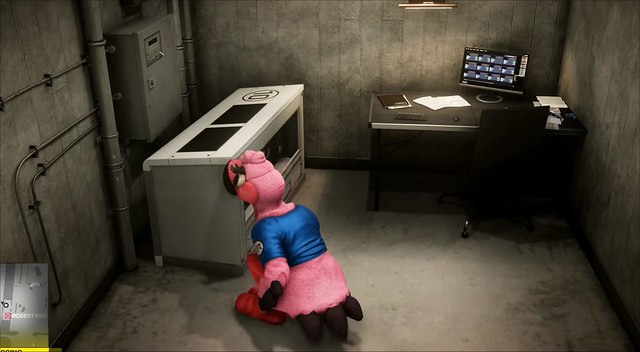 If you fail to booby trap the car, you can disguise yourself as Ted Mendez to meet with Robert Knox. Go upstairs to the robotics testing area and Diana Burnwood will give you the intel about Mendez and where to find him – he’ll be outside of the exhibition center overlooking the lake while a guard casually patrols the area. Wait for him to walk over by the hedges and start smoking and then subdue him and drag him into the area where the garden maintenance tools are located and dump his body into the wood chipper. Don’t worry, it’s turned off.

Take his clothes and head back up to the testing demonstration.

Wait for Robert to enter into the shooting range area and you can either shoot him from behind the box or you can attempt to use a picture of Robert to get the robot to kill him for you.

From there you’ll need to get to the exit without being spotted.

One of the exits is a speed boat by the docks at marina park. You’ll need a boat key to get out of the marina, though. Alternatively you can exit through the Miami paramedics van by subduing a paramedic and taking the van to escape.