Zen Studios’ Williams Pinball: Volume 2 DLC pack for Pinball FX3 on home consoles will be censored. The verdict is still out on whether or not the game will be fully censored on the Xbox One or Switch versions of the game, but we know for a fact that the game will be uncensored for the Steam version on PC.

Some gamers have noticed that some of the art on the pinball machines in the upcoming release of Williams Pinball: Volume 2‘s DLC pack, which is due to drop on December 4th, have undergone some changes, and that specifically the female characters featured in the machine art have been covered up and heavily censored.

Over on a GameFaqs thread it was noticed that the Black Rose table is not like the real life table, and that the pirate, Rose, has had her lower half covered up. This was made rather obvious in the promo trailer that Zen Studios published on November 15th, 2018 featuring the three tables coming in the Williams Pinball: Volume 2 pack, which you can check out below.

You’ll notice that rose is now wearing full pants instead of the high-cut leotard. You can check out the image below of the original Black Rose pinball machine based on the real-life board, courtesy of tattyadams. 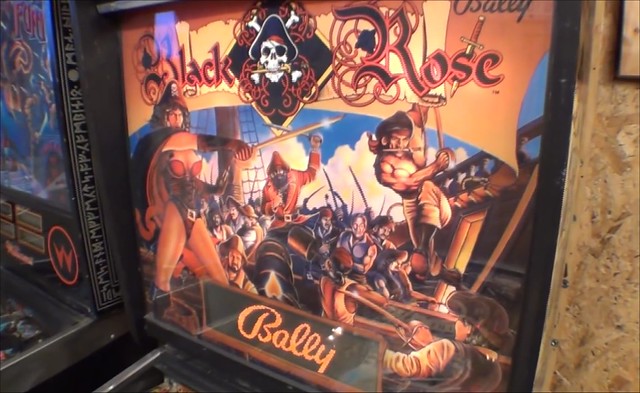 As pointed out in the GameFaqs post, the uncensored version of Black Rose was available in a previous release of Pinball FX on the PS4 and all of the games were still rated E10+, as showcased on the PlayStation game page.

According to a post over on the Steam forums that chronicles all of the censorship taking place with Williams Pinball: Volume 2 for Pinball FX3, it wasn’t just the Black Rose board that got censored. The mermaids belly has been scored with scales, the pipe and cigar has also been removed from the art.

Another edit was made to Medieval Madness, with the cigar being removed, blood being removed from the art, and the backglass girl’s bikini armor was replaced with full plate armor. You can see what she looked like previously in the image below in the bottom left hand corner of the screen, courtesy of lordsqueak. 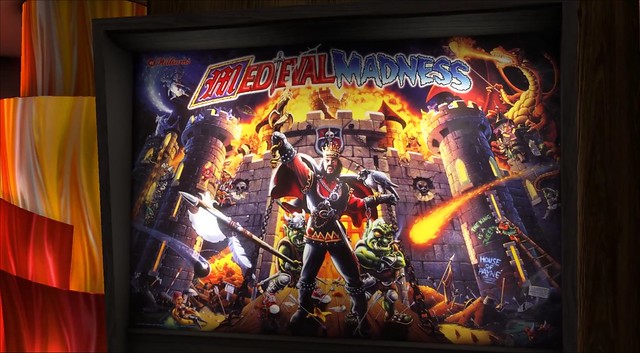 The censorship thread obviously sparked a ton of feedback from gamers who were angered over the changes. There was an update on the FAQ that was originally published back in September of 2018, explaining why some of these changes are being made to the tables, stating…

“Zen Studios is very aware that certain tables, such as Medieval Madness, have content that cannot be included in an E10+ rated game. At this time we are running the Family Mode version directly from the ROM on consoles, Windows 10 and Mac. Zen is not censoring the game any differently from what Family Mode includes. On Steam, the game is not running Family Mode; however, this can be turned on in the game settings if so desired.

“We hear from both sides – those who do not want Family Mode to be the only option in the game and those who appreciate Family Mode, and we will work to find the right balance for this situation.”

What’s odd is that some of these tables were already released in previous versions of the game that were rated E10+, such as the Fish Tales table.

Zen Studios community manager Ákos Györkei finally chimed in with a post on November 15th, 2018, explaining that Volume 2 will be available on Steam in its unaltered format, along with Volume 1 tables. So far, only Steam and the mobile versions of the game will get the unaltered releases, with Györkei writing…

“We are proud to say that Williams Pinball: Volume 2 which includes Attack from Mars, Black Rose, and The Party Zone will release in its original form on Steam.

“This means unaltered art and DMD animations, family filter toggled off as default.

“Hope you’ll enjoy this next batch of classics and we are counting on your feedback going forward as well!

“Edit: As russian_martian quoted Mel – WMS 1 will also get an ‘unaltered revamp’.”

Some gamers assume that the changes are being made due to Sony’s new policy, others believe that it really was the ESRB enforcing the E10+ rating, even though some of the content was already available in previous outings of Pinball FX and retained the E10+ rating.

Nevertheless, you can look for the new Williams Pinball: Volume 2 DLC pack to release on December 4th, 2018 for PS4, Xbox One, Nintendo Switch, and on PC.

(Thanks for the news tip View to a Kill)