There have been a few questionable design decisions with Bloodstained: Ritual of the Night that has not gone down well with some of the backers, especially given how close to the chest the developers have been with the game. While there’s obviously a measure of intrigue and mystery that must be maintained so the game isn’t spoiled, there are other issues that gamers have taken up with ArtPlay when it comes to some of the design choices, especially now that the Mac and Linux versions have been cancelled.

The news was rolled out over on the Kickstarter page on December 27th, 2018. In the post creative director Koji Igarashi explained that Mac and Linux versions of Bloodstained: Ritual of the Night would be scrapped…

“In this update, we have a very important announcement to make. Bloodstained will no longer be supported on Mac and Linux. We have made this tough decision due to challenges of supporting middleware and online feature support and making sure we deliver on the rest of the scope for the game. We will be offering backers who planned to play the game on Mac and Linux the option to change the platform of their order. If you would like to change your platform, please send an email with your new platform request from the email address associated with your Kickstarter pledge. We sincerely apologize for this inconvenience and we hope for your understanding.”

The responses from gamers in the comment section were not at all pleased with this turn of event.

The developers avoided diving into the comment section, which is filled with plenty of irate backers. Now to be fair, not everyone is angry at the cancellation of the Linux and Mac versions of the game, but even the non-angry backers expressed plenty of empathy and rage on behalf of those who were losing out on those builds.

Nevertheless, the post itself attempted to deliver good news, insofar that the game is feature complete, and at the moment they’re working on removing the blockers and ironing out the bugs and optimization for the game. Igarashi explained in the post…

“Development has reached its peak — we are currently checking the performance of Bloodstained on each platform. Overall, we are done with enemy placement and entering the adjustment phase. But there are still many progression-blocking bugs that must be taken care of. “

One of the issues that happened to be brought up by backers on a consistent basis is the graphics.

Originally the game had a dark, Gothic look to it, with a very gripping lighting and art-style. However, over time the design veered away from the dark, shadowy look that was originally teased with the game’s concept art. There have been various threads made about this change, including over on the Bloodstained forums back during June of 2018 when the demo had become available and gamers began comparing the demo screenshots to the E3 footage from a year before, and noticed a downgrade in the lighting and ambiance. 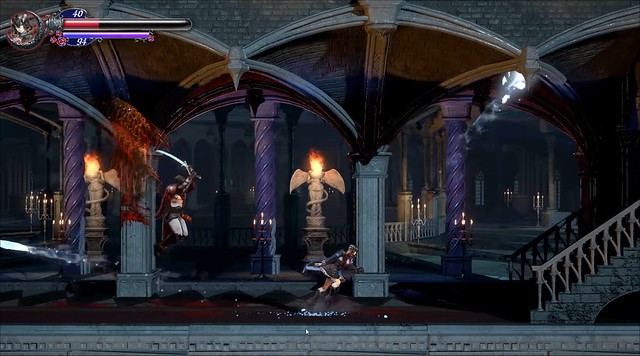 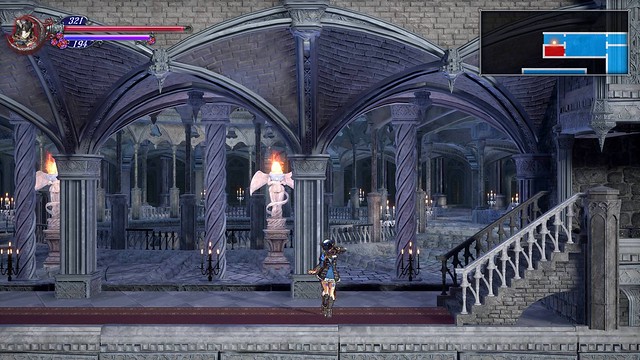 As you can see there are some stark differences in the texture quality and lighting. For instance, the anisotropic filtering is basically turned off in the 2018 demo, and all of the natural dynamic shadows have been disabled as well. The Unreal Engine 4 has the ability to utilize global illumination but it doesn’t work on the home consoles since it’s too resource intensive, the same thing oftentimes applies for the directional shadow mapping as well.

Both of those features have been disabled in the Bloodstained demo.

The lack of crushed blacks from the dark shadows also removes the brooding element from the game’s visual presentation of the stages.

This issue has been brought up multiple times by gamers in the forums and over on the backers’ page on Kickstarter. Back on November 29th, 2018 Igarashi attempted to briefly talk around the subject by stating that Wayforward Technologies had come on board to help the team with the game. In the post Igarashi stated…

“In consideration of their past achievements, WayForward will be helping the development team realize my vision for this game. Maybe I am even more excited than everyone else – with their help Bloodstained will become an even better game.”

WayForward typically has a lot of experience with portable devices, and could likely help out with optimizing the game for the Switch. 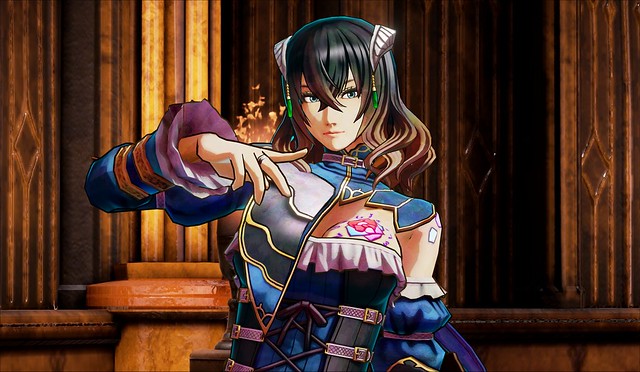 While some gamers may be disappointed with the visual aesthetics so far, it’s possible that the team stripped out a lot of the shader effects, shadows, and post-processing in order to get the game running at a stable frame-rate, and could be working now to not only optimize the game but re-implement some of the aesthetic garnishes that helped make the game pop during the concept phase and initial gameplay demonstration. It’s not uncommon for developers to turn down or turn off a lot of graphical features while updating or optimizing the game to get it running properly first before turning on all the bells and whistles once all the major graphical bugs and performance glitches are fixed.

We’ll have to wait to find out if WayForward will actually help ArtPlay bring BloodStained back up to par to what gamers originally expected of the crowdfunded title. Hopefully they can recover some of the expectations from backers, otherwise we could be looking at another Mighty No. 9 in the making.