People continue to say that Social Justice Warriors don’t exist, or that “they have no power”, as if they’re some kind of brightly flashing lightening bug in a bottle that buzzes and hums under the cover of night with nary a danger offered to the world. However, they’re more like Japanese hornets, shining brightly because of their big, yellow, dangerous stingers that they inject into cultural entertainment. We see SJWs affecting works of art in oftentimes negative ways, from video games to movies to comic books. The latest victim of the SJW stinger is DC Comics’ Heroes In Crisis issue #7, which featured a murdered Poison Ivy dead on the floor with blood spilling from her stomach and her wrists. SJWs had a conniption fit over the cover.

IGN is reporting that DC Comics have changed the cover to issue #7 following outcry and backlash from the Social Justice Warrior community.

The initial cover art for the issue was done by Clay Mann, which you can view below. 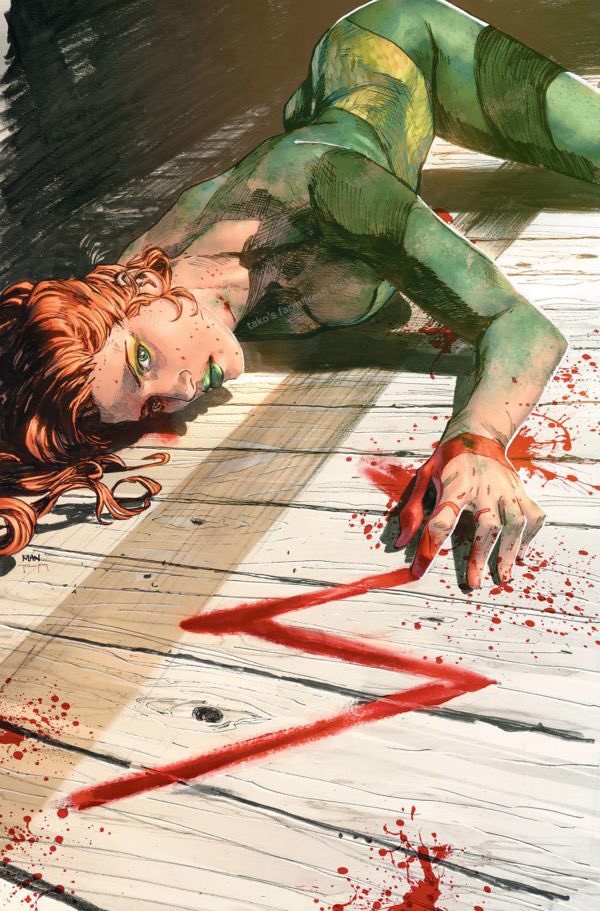 When the preview art for the cover made its way around social media, the usual suspects from the dark corners of Twitter where most normal people have abandoned it in favor of discussing and learning about important topics, came out of the woodwork to berate Mann’s art and dog DC to change the cover because it “sexualized” Poison Ivy.

@TomKingTK really man? depicting a queer, non-monogamous, feminist in a disgusting position like THIS is borderline necrophilia. Ivy is constantly treated like sex doll by many artists/writers anyway, and portraying even her DEATH like this is revolting. #SavePoisonIvy pic.twitter.com/iuhvCxYC7B

Her position is revolting regardless. But from what you’re saying, if she was straight, monogamous, and/or not a feminist, it’d be okay?? Why do people always gotta add all these labels? The position is upsetting and wrong. Sexuality and political idealism doesn’t change that

@TomKingTK really unimpressed with the sexualization of Poison Ivy’s dead body. This is essentially a pin up pose. I’ve attached a few samples of male superheroes dying for your reference @ivygirl851 @harleivy #SavePoisonIvy #dccomics pic.twitter.com/rG7boIA1u9

heroes in crisis (mister king, i’ve heard) killed a queer, non-monogamous feminist woman and sexualized her dead body. fetishized a murder. this is ridiculous and so not ok. i’m so disgusted rn i don’t even know what to say. #SavepoisonIvy pic.twitter.com/R5ftdub1rh

Typically, DC responded by folding to the outrage culture machine. A day after the complaints from Social Justice Warriors flooded across DC writer Tom King’s Twitter account, he addressed the issue on December 14th, 2018, proclaiming that they would not be using the cover pictured above, and that instead they would swap it for another cover.

An unfinished cover for Heroes in Crisis 7 was leaked prior to going through the standard DC approval process.

I did not like the cover. I discussed the situation with DC editorial who agreed with my objections. This cover will not be used. Thank you.

So what did they change it to? Well, they had Ryan Sook do an alternate. It’s also not final, but it’s probably the one they’re going to go with.

The new cover is far less artistically poignant, though. A lot of the nuance of the lighting has been washed away for crushed blacks, and the color contrasts between the shadowy background and the blood in the highlighted foreground is less pronounced. Most notably, however, is that Poison Ivy’s pose has been slightly altered so that it appears she’s more huddled on the ground, and her entire outfit has been altered so that instead of being in what looks like a leotard swimsuit with gradient greens of body paint from the neck down, she now appears in a dark green, full-body suit. 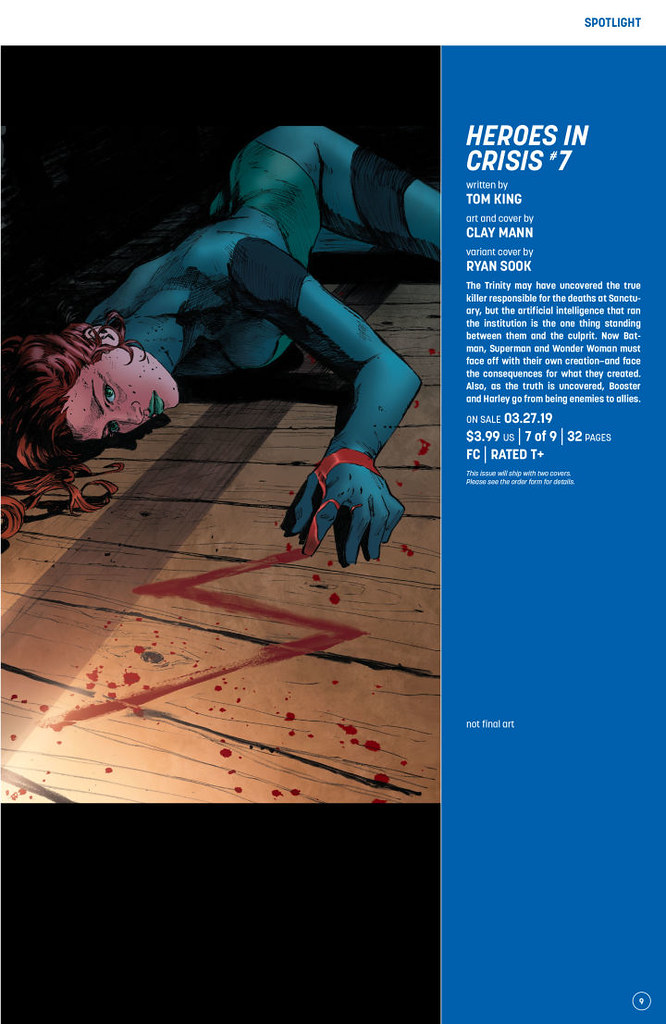 You’ll also note that the blood splatter has completely changed. It no longer has smatterings of droplets leading from her stomach just beyond her face with splats on the floor around her wrists. All of that has been removed in place of a more sterilized and tame zig-zag design with light speckles of blood around the floor.

The censored photo certainly doesn’t evoke the sort of captivation that Mann’s original work did since there are so many different perspective, color, shadow, and story elements removed from the revised cover. For instance, the blood around the right eye of Poison Ivy is gone, along with slight smear of blood on wooden floor beneath her right eye. It makes you think about what happened and how? But that’s been censored in the new artwork, and so there’s less to see, less to think about, and less to ponder.

But this is typical behavior from SJWs; they don’t care about art, they care about control. And DC’s capitulation to the crowing crowd shows that they absolutely have given over control to Social Justice Warriors.

Thankfully, normal people seem to agree that Mann’s original artwork was the better cover choice. They flooded IGN’s comment section to speak out against the change. That’s right Oldmanpotter, it’s Get Woke, Go Broke… and if you’re any respectable company you sure as heck don’t want your product to end up on the Get Woke, Go Broke Master List, which is what recently happened to DC’s other comic book, Border Town.

And what’s worse yet is that even though DC kowtowed by saying they wouldn’t be used the more evocative art piece from Clay Mann and replaced it with the more “sanitized” version, even then the SJWs on the “SavePoisonIvy” hashtag were still displeased with the outcome.

Like the old saying goes: never apologize and never give in to SJWs, because you’ll never win.