SNK Corporation has revealed the release windows for both The King of Fighers XV and the next entry in the beloved niche fighter, Samurai Shodown.

According to KOF World, SNK let the news fly loose about The King of Kighters XV during an investors conference, where it was made known that the game is currently in development and that they are targeting a 2020 release. This means that it could be anywhere between two years out from release, a year and a half out from release, or it could be aiming for an early 2020 release, which would not be uncommon given how many big games seem to drop during January these days. 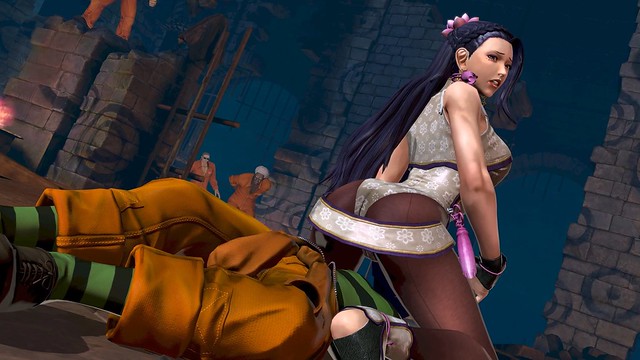 I do wonder how well SNK’s plans will work out with Sony’s censorship policy in place for the PS4? Does it this mean less lewd femme fatales? Less jiggly boobs? Less fan-service? For now a lot of PC gamers are at least spared the tomfoolery that Sony has hoisted upon its partnered developers, but some developers might get lazy in the future and just censor all versions of the game on every platform, which would nearly destroy the industry.

Nevertheless, there’s also a slide in Korean revealing what SNK Corporation’s release schedule will look like in the coming years, with Samurai Shodown (known as Samurai Spirits in Japan) and King of Fighters both on the chart. 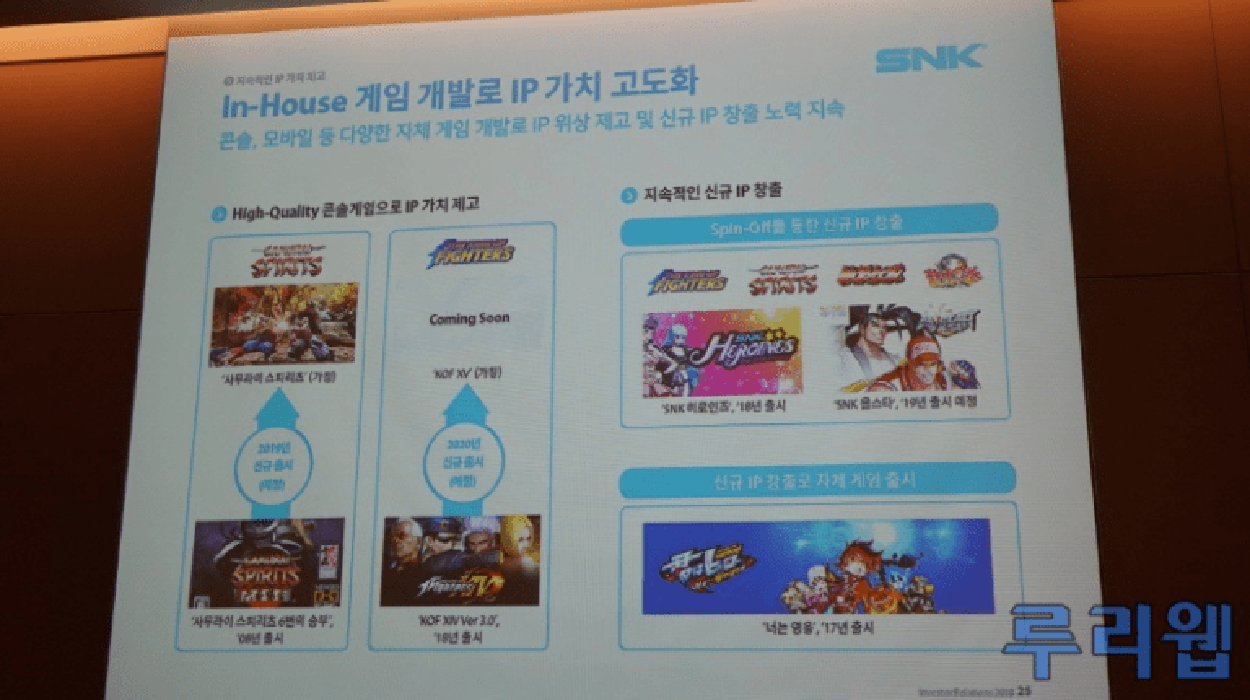 The mobile title is for Chinese gamers using iOS and Android devices. The cinematic is slick, but it’s a mobile game… so yeah.

The real Samurai Shodown is reportedly 95% complete and SNK is scheduling it in for a second half 2019 release on PC, PS4, Xbox One, and Nintendo Switch.

The slide also revealed that there are plans to port King of Fighters XIV and Metal Slug to the Xbox One and Nintendo Switch as well. So that’s definitely something to keep an eye on. SNK also wants to ensure that their games are released on multiple consoles, so they don’t get stuck making games for the PS4 where they may end up having to censor them or remove content.