It appears Valve’s supposed ban on games featuring “child exploitation” in “school” settings only apply to games aimed at straight male audiences, because a yaoi slasher called Sweet Pool from Nitroplus and JastUSA just launched on Steam with an R18+ patch, and it’s set in a school setting featuring gay lovers.

Valve is certainly banning and withholding the release of games in “school” settings and titles that feature characters that could be construed as “minors” in some interpretation, but only certain games and only games mostly aimed at straight male gamers.

For instance, Sweet Pool‘s all-ages release on Steam also has an R18+ director’s cut patch, which you can download from over on JastUSA website. However, Valve banned the all-ages versions of Hello, Goodbye, along with Niplheim’s Hunter.

The only game that didn’t fit the standard was Top Hat Studios’ Cross Love – Episode 1. However, the game is based around a fetish for trap culture, which is considered “transphobic” according to the Intersectional Inquisition. 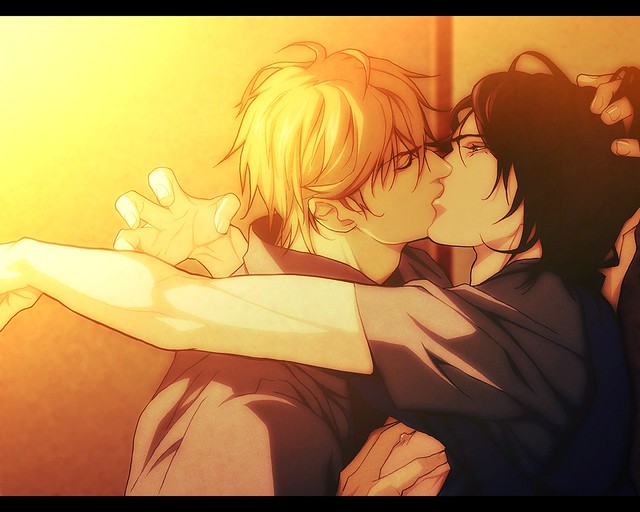 But it appears that if your game doesn’t target straight males, it might get a pass if it’s still set in a “school” and fetaures R18+ content, as evident with the release of Sweet Pool.

The game is currently available for $19.99, but it’s discounted by 20% off for the first week of being on Steam.

The story centers around Sakiyama Youji who is recovering from a serious illness, and he suffers from delusions. Meanwhile he develops passionate and sometimes violent relationships with his fellow classmates in school.

The story revolves around Youji’s delusion, the terror and the romances he develops. The story – even without the R18+ patch – still centers around cannibalism, child abuse, gore, self-harm, sexual assault, cults, and mental illness.

It’s interesting that Valve let the game through and didn’t have any problems with the off-site R18+ patch, even though they did have problems with a game like Hello, Goodbye and Niplheim’s Hunter, both of which were going to be released as the all-ages version.

Regardless of Valve’s controversial inconsistency with taste policing games, the yaoi slasher is available over on the Steam store.