China’s Project to Study and Development Marxist Theory and the Chinese Academy of Social Sciences have been helping Bilibili produce The Leader, a Chinese animated series that romanticizes Marx’s life as a fearless hero for the proletariat, a hopeless lover, and a friend to the forever-handsome Frederich Engels. If you threw up a little in your mouth, don’t worry, there’s a room full of vomit after every Capitalist took a gander at the description for China’s upcoming series.

The new show was covered by RadiiChina, which detailed that it would be streaming through Bilibili’s service, and was receiving support from the Chinese government.

The show is scheduled to air in spring of 2019. A promotional trailer was released, which you can check out below.

Marx is portrayed as a principal thought leader and innovator of societal reform within the show. Now there’s an upside to this: you’ll note that there is no diversity agenda at play; no shoehorning in of multi-culturalism or sociopolitical agendas. China doesn’t play that.

However, the show is pretty much a disgusting platform for Communism.

The show doesn’t have very impressive animations at all, but the general gist is that it’s a commemoration of Karl Marx’s 200th anniversary. 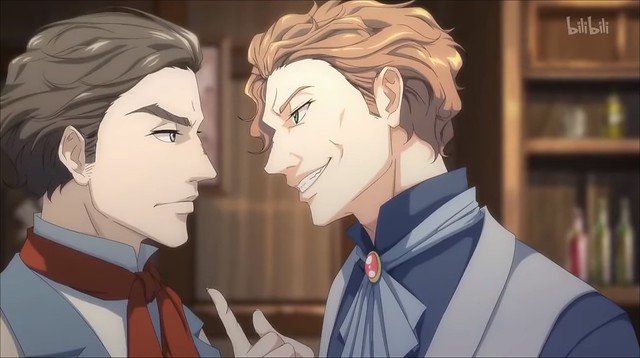 If you were hoping that it would be downvoted for all of the horrors and terrors that Communism has created over the years, costing millions of people their lives, you’ll be disappointed to know that the trailer has received a lot of upvotes from Chinese and Russians, while America is being flagellated in the comment section.

Yes, there are actual pro-Communists in the comments, defending the might of China and downplaying the modern advances made in the world thanks to the free market model of Capitalism.

Thankfully there are some common sense commandos dropping truth bombs throughout the comment section, including a few people from Venezuela who tried opening the eyes of the blinded sheep following behind the wolf wearing the Commissar uniform.

This is truly an affront to Capitalist nations, but it’s all part of China’s continued pressure to flood the world with its products and ideology. They’ve taken over Africa and now they want to take over anime.

The Leader is set to arrive early next year in the mainland, but you’ll likely find it streaming on popular anime websites as well.