When Marvel Studios president Kevin Feige said that the Marvel Cinematic Universe would be getting more “diverse” and “inclusive”, most people took it that it was code word for fewer straight white males appearing as leads in future movies. Most fans also assumed Feige’s words meant more Left-leaning politics being shoved into the films. However, the news was more-so a gateway to help people brace for the inevitable impact of the incoming sociopolitical bent. What most people probably didn’t expect was that on the streaming side of Marvel, the politicization would start a lot sooner than anticipated. In fact, the biggest shock of them all is that said politicization is starting with, of all things, Netflix’s second season of The Punisher.

On December 28th, 2018, Collider [backup] managed to publish some exclusive tidbits from their visit to the Brooklyn set where filming was taking place for the second season of Netflix’s The Punisher. There were a few key details they managed to takeaway from the visit, including the casting for the second season’s main villain, John Pilgrim, who will be played by Josh Stewart.

According to the snippets offered by the Collider piece, it states…

Frank Castle, the titular hero of the show, will eventually cross paths with Pilgrim after encountering a teenage girl on the run, presumably from Pilgrim and his men.

This basically sets Frank up as a tool of the Left to fight the “Alt-Right”.

Anyone who has followed the mythos of The Punisher over the years knows just how ludicrous this is, given that next to Captain America, The Punisher was always the more Right-leaning character from the Marvel universe. He believed in absolute justice, was absolutely pro-Second Amendment, felt as if the judicial system had become bogged down in bureaucracy peddled by big government and corrupt lawmakers, and was a series that always flirted with the subtext about dwindling the allure that criminals have toward crime by turning justice into punishment. 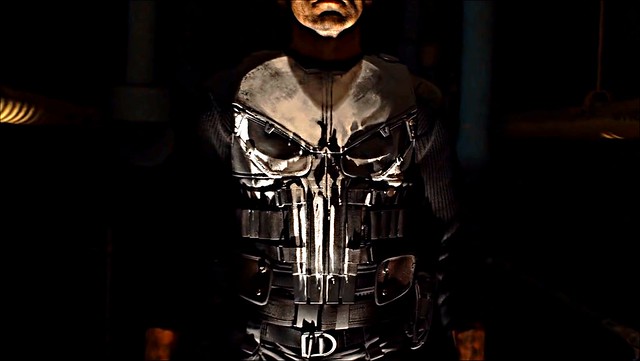 Setting Frank up to go against a “Christian fundamentalist” who apparently leans “Alt-Right” seems to be setting up the second season to pursue the broken ideology pushed pervasively from the Left that anything that remotely falls in line with Conservatism, or Right-leaning ideologies is automatically associated with Nazism, supremacy, and bigotry.

There’s actually a defamation lawsuit going on right now against Enthusiast Gaming, the parent company of The Escapist, because the editor-in-chief, Russ Pitts, labeled the former staff as recruiters for the Alt-Right, and then proceeded to justify that free speech and any Right-leaning positions was the equivalent of Nazism. Only, Pitts made the mistake of labeling an active member of the Jewish community as a member of the Alt-Right, and now the company is being sued for libel.

In this case, it sounds like the second season of The Punisher will be more Left-leaning propaganda against the Right, positioning Christianity as an evil religion and Conservative values as a gateway to being a member of the Alt-Right.

It’s possible the Netflix show could turn the story around and give viewers a twist, almost like how the actual heroes of Far Cry 5 were the Christian cult members trying to forcibly save everyone from Armageddon. But given that many of Netflix’s properties are headed up by Leftists pushing the “diversity” agenda, it’s unlikely that the second season will handle the subject matter in a nuanced way.

(Thanks for the news tip Drudkh666)