Valve has yet to address the recent ban wave sweeping through Steam, with select games being targeted by certain staff from the digital distribution giant. While we wait for the company to make an official statement on the bans, one company is being forced to kowtow to censorship in order to have their game featured on the Steam store.

According to HappyHand, they will be able to release Niplheim’s Hunter: Branded Azel only if they censor the game. This comes after the release of the game was indefinitely postponed when Valve refused to respond to HappyHand regarding the game getting reviewed for release.

In the Steam forums on December 14th, 2018, HappyHand stated…

“Well the review failed, but they did tell me to do a few things and it should be okay. One of them is removing Sary (the pink haired girl) from the game (I’ll ask if this is only for H-scenes or completely out of the game). I’ll do the things they asked and see how the next review goes.”

So what this means is that in order for Nipleheim’s Hunter: Branded Azel to make its way onto Steam is if they completely remove the character Sary. 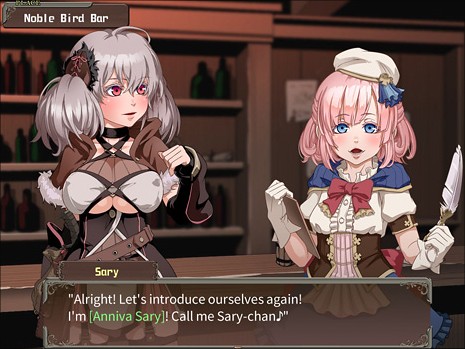 This came after Niplheim’s Hunter failed its second review. It’s unclear who at Valve reviewed the game, but typically product release manager, Jason Ruymen, oversees releases on Steam. He’s also developed a reputation with certain visual novel and anime developers since he’s been actively banning certain games while also receiving some help lately from another Valve staffer, Arisa Sudangnoi, who kept banning The Key To Home.

Now unlike a lot of other games that have been banned, this version of Niplheim’s Hunter is not the R18+ version of the game. There are no H-scenes in the Steam version, and the base game has no nudity, only some risque outfits and some ecchi content, but no nudity or sexual content. It’s mentioned clear as day on the Steam store page.

So Valve essentially had the game banned not because it violated any of the rules, but because someone didn’t like the characters in the game. Worse yet, is that even with the adult filters in place, Valve still won’t allow the game on the platform until it’s censored.

They explicitly said that they would not be the taste police, and the only games that would be curated would be “illegal” content or games that were “straight-up trolling”. But now they’re not only banning games from the platform but also dictating how developers make their games.

We still haven’t heard from Valve regarding the bans, but we’ll see if Niplheim’s Hunter gets a Steam release following the censorship of the title. If you’re not down with censorship, you can buy the uncensored R18+ version of the game from the NSFW Fakku store.