Valve still hasn’t made any official announcements regarding the recent ban-spree of games, or if they’ve changed the rules of their original policy changes back in September where they said they would no longer be the “taste police“, but an independent developer along with an artist who works at Valve confirmed that the rules have silently changed.

This was further corroborated by Jane Ng, who investigated some of the games being banned by Valve in recent times.

Sanahtlig, a visual novel blogger, posted DM messages between Twitter user StarKitsune and Jane Ng, an artist working at Valve who mentioned recently that she would investigate the matter of Valve banning games. Sanahtlig shared an image showing that in addition to games that can be reported for fraud, defamation, legal violations, broken files, harmful files containing viruses, or adult content that isn’t properly labeled, there’s an entry for “Child Exploitation”. 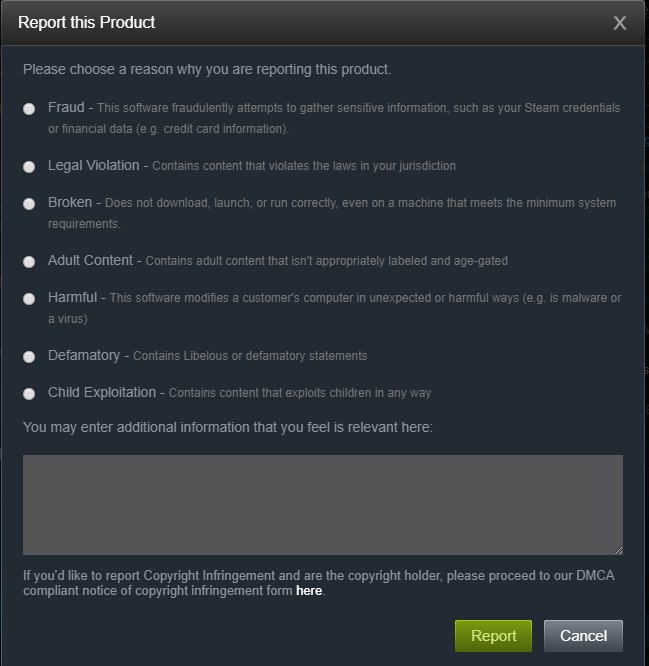 As you can see, the entry is for any content that “exploits children in any way”.

Sanahtlig interpreted this as any game that contains “loli content”.

Any game that, regardless of the presence of sexual content, features “child exploitation” is not allowed. This means that loli content is effectively banned from Steam. Presumably, Xenosaga Ep. 1 uncut would’ve also been banned from Steam.

Jane mentioned in a direct message to one of the artists who were asking Valve about the new policy changes that the line about “child exploitation” was always in the Steam Direct policy, but this change in enforcement is due to legal reasons. In the images that Sanahtlig shared, Jane stated…

“[…] The policy update was about adult content. I don’t know what these titles are but know that anything that comes close to looking like school aged children are involved will probably get scrutinized a lot more because of legal issues.

Of course, this didn’t make a lot of sense when comparing this policy to games like Niplheim’s Hunter, which was the all-ages version of the game and the Steam version didn’t contain any H-content, but Valve requested publisher HappyHand to completely remove a character from the game before they could allow it on Steam.

The artist actually challenged Jane Ng about this issue, asking why some games that didn’t contain sexual content were still banned. Jane responded saying it was due to Washington state laws.

The Valve employee further confirms the ban on child exploitation and comments on the Key to Home ban. She claims that the ban on “child exploitation” in games without sexual content is due to Washington state obscenity law, not Valve’s own discretion. pic.twitter.com/9NI4oSUAIn

If you’re unable to read the response, Jane says…

“Thanks for understanding and the list. I can look into it next week if nothing to get some clarification. I do know that Washington state obscenity laws are broader than federal law (out game submission guidelines specifically says no depiction of child exploitation of any kind, not just sexual content) what is considered “exploitation” is not spelled out and unfortunately does become very subjective.

The artist asked Jane if Valve was making this decision based on the actual RCW 7.48A law from the Washington State Legislature, which explains that any place where lewd films are depicted for public exhibition would be in violation of the law.

StarKitsune shared additional info from the conversation where Jane explained that it wasn’t necessarily that a game like The Key To Home explicitly violated the rules, but rather that the game fit into a gray area because the developer wasn’t entirely clear about some of the content in the game, and that it came close to the “obscenity” laws even though it contained no nudity nor sexual content.

Yo, the one that contacted Jane wasn’t @sanahtlig, it was me. In addition, the screenshots that sanahtlig sent were only the first two of the screenshots I originally posted on Discord, and as such leave out some important information. This is the original conversation. pic.twitter.com/L1ohyfXg2O

Jane noted that there might be issues for games that don’t clearly point out that all of the characters in the game are over 18+.

The thing is, Valve’s adult filters actually comply with the Washington state law as far as 7.48a is concerned, since the general public is unable to view any of the adult content on Steam without going through a lengthy process to access that content. So even if Valve did host “lewd” content on Steam, it’s not accessible by the general public. Also, there’s nothing in that section of the law that has anything to do with lolis, minors, or school settings. In fact, the only modifier that would apply to video games, such as visual novels, is defined in section 7.48A.010, where games would fall under the category of “Publication”, which states…

However, StarKitsune pointed to sections 9.68.140 as a stature of culpability for any violations committed in relation to the acts defined in 7.48A.010, as well as 9.68 from Chapter 9.68 relating to obscenity. 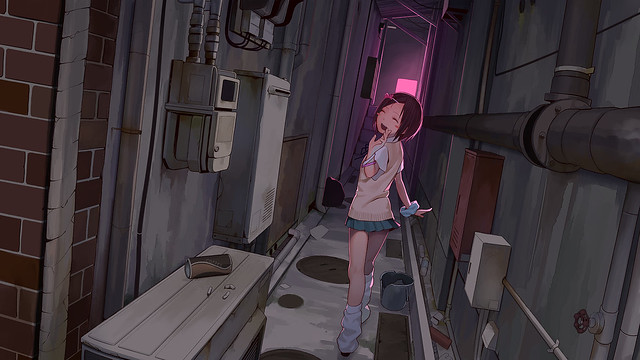 Also, as many people have pointed out, there are lots of games on Steam right now featuring lolis and lewd content, as well as lewd games with school settings that haven’t been banned. The bans have been highly inconsistent and range from slice of life games like The Key To Home, to espionage romance games like Hello, Goodbye, to RPGs like Maomao Discovery Team, to fantasy games that don’t even feature lolis, underage characters, or school settings at all, like Niplheim’s Hunter.

Some of the bans have — according to some of the developers — taken place at the hands of Valve’s product release manager, Jason Ruymen, and Valve’s business development associate, Arisa Sudangnoi. I attempted to reach out to Ruymen multiple times, but he did not respond to any of the inquiries.

This still doesn’t really address the problem, though, it only highlights one of the symptoms that developers are facing when submitting games to Steam.

Even Jane Ng acknowledged that Valve needs to be more clear regarding what games get banned and why, saying…

“For sure there were many missteps surrounding sexual content, [especially] in Valve’s lack of clear communication with developers. Part of that was due to there being a lack of clear policy, part of that being internal confusion about how to handle certain things and then just yeah not going to argue how sometimes Valve just did a plain bad job. Hopefully with the sept change things will improve, not trying to excuse the inconsistencies but understanding where the subsequent breakdowns happen will help address issues in the implementation side of things. Everyone wins if there is no confusion. Anyway thank you for the feedback I’ll see what I can learn.”

Some developers like Top Hat Studios have decided to open their own digital storefronts and avoid submitting uncensored games to Steam. However, as evident with games like Hello, Goodbye and Niplheim’s Hunter, even games that are already censored or submitted as the all-ages version, are still getting banned by Valve. So hopefully an official announcement is made soon regarding this issue.

Even if Valve does address the new content policies, banning games taking place in high school settings with “sexually suggestive” content means that games like Senran Kagura, the Hyperdimension Neptunia games, the Danganronpa series, Bully, and even the very popular Life Is Strange series would all be subject for expulsion from the Steam store.

(Thanks for the news tip Kaos)